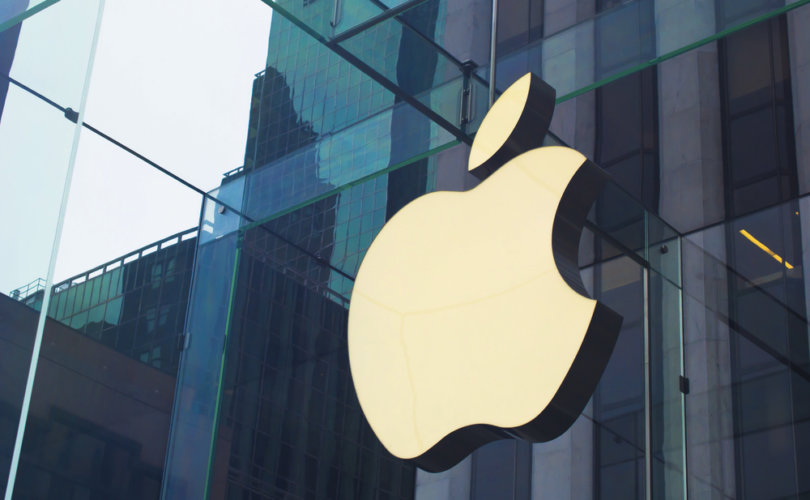 Mysk revealed its findings in a November 20 Twitter thread, concerning a “Directory Services Identifier” within Apple’s analytics data, through which the company can personally identify individual iCloud accounts, and by extension the name, email address, and data associated with it.

This, they say, contradicts Apple’s claim “in their Device Analytics & Privacy statement that the collected data does not identify you personally.” In fact, identifying data is collected regardless of whether a user consciously revokes permission to share analytics. This information exposes to Apple users’ “detailed behvior [sic] when browsing apps on the App Store,” enabling the company to glean insight into a user’s habits, interests, views, and more.

2/6
Apple states in their Device Analytics & Privacy statement that the collected data does not identify you personally. This is inaccurate. We also showed earlier that the #AppStore keeps sending detailed analytics to Apple even when sharing analytics is switched off. pic.twitter.com/2mJiHtM1GD

4/6
The analytics data that the App Store sends to Apple always contain an ID called "dsId". We weren't sure if this was the same as the DSID, the ID that uniquely identifies an iCloud account. We confirm that they're the same ID.

6/6
It is worth noting that the DSID is also sent by other Apple apps for analytics purposes.

You just need to know three things:
1- The App Store sends detailed analytics about you to Apple
2- There's no way to stop it
3- Analytics data are directly linked to you

Multiple outlets, including Fox News and Gizmodo, report that Apple so far has declined to comment on the accusation, but many observers argue the story should be alarming for customers of the computer and smartphone giant.

“It’s possible that Apple processes DSID data to shelter personally identifying details when the company receives the information, separating your personal information from other data. But there’s no way to know, because so far Apple seems unwilling to explain its practices,” writes Gizmodo’s Thomas Germain. “The company may not use the data if you turn the related privacy settings off, despite still receiving it, but that’s not how the company explains what the settings do in its privacy policy.”

“In recent years, Apple has pushed a pro-privacy stance, using it as an advantage over competitors, and it has run ads saying the data on people’s iPhones stays on their devices,” adds Matt Burgess at Wired. “However, experts have increasingly questioned some of Apple’s practices. (At the same time, Apple has been growing its advertising business.) In separate research published earlier in November, Mysk researchers claimed that Apple collects detailed information on people using its products through its own apps, even when they turn tracking off.”

Apple’s ongoing privacy issues cut across partisan lines, but many of the company’s other controversies speak to its leadership’s left-wing sensibilities, from indulging gender-fluid ideology to facilitating interstate abortion travel. Most recently, the advertising agency representing Apple and other major corporations has recommended “pausing” advertising on Twitter over the pro-free-speech stance of new owner Elon Musk, who says the company has since “mostly stopped advertising on Twitter” and “has also threatened to withhold Twitter from its App Store, but won’t tell us why.”

Musk has also said that if Apple and Google ultimately ban Twitter from their app stores, he will make an alternative smartphone to the iPhone and Android.