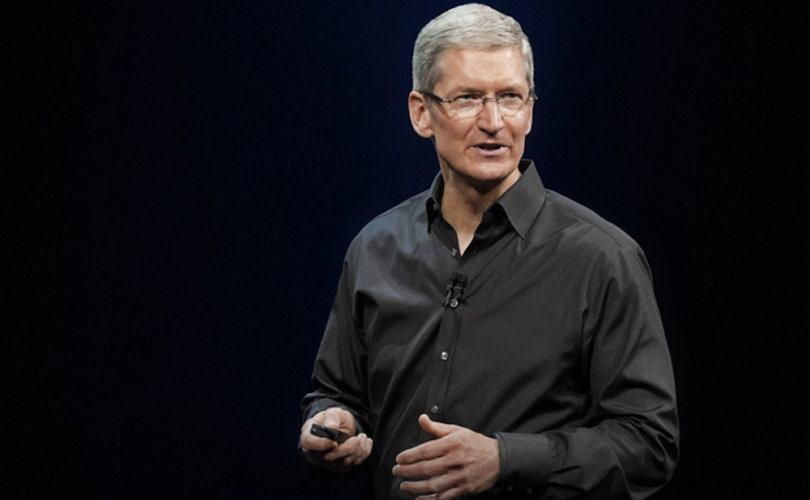 Apple CEO Tim Cook announced the company would give $1 million to both the Southern Poverty Law Center and the Anti-Defamation League after President Trump’s comments about the violence in Charlottesville, Virginia.

Cook told Apple employees in a letter last Wednesday that he will match their donations two-to-one through the end of September to either of those groups or other organizations focused on human rights, The Daily Caller reported.

“I disagree with the president and others who believe that there is a moral equivalence between white supremacists and Nazis, and those who oppose them by standing up for human rights. Equating the two runs counter to our ideals as Americans,” Cook wrote. “As a company, through our actions, our products and our voice, we will always work to ensure that everyone is treated equally and with respect.”

The media, the left, and other critics railed against the president after he said there was blame on both sides of the Charlottesville violence.

His comments have been viewed by some as not strong enough against white supremacist groups or equating those groups with the Black Lives Matter political group and the Antifa movement, which has repeatedly perpetrated violence in various U.S. cities.

The violence in Charlottesville — including a woman killed by a car plowing into the crowds there — along with the attacks on Trump have served to illustrate racial and ideological divides in the U.S.

The Charlottesville tragedy has brought renewed media focus on the so-called “hate list” published by one of Apple’s $1 million beneficiaries.

As the self-styled “premier U.S. non-profit organization monitoring the activities of domestic hate groups and other extremists,” the Southern Poverty Law Center has lumped Christian, conservative, and pro-family groups in with its “hate list” of neo-Nazi and other extremist groups, typically for holding Biblical views on marriage.

Conservatives and Christians have denounced the Southern Poverty Law Center’s list and CNN’s publishing of it in the wake of the Charlottesville violence. Numerous mainstream pro-life and pro-family groups remain targeted by the list.

The FBI and the U.S. Army deleted the Southern Poverty Law Center from the list of legitimate “ hate crime” resources on their websites three years ago.

It was the Southern Poverty Law Center’s “Hate Map” that was cited as inspiration by Floyd Lee Corkins II after he tried to enter the office of the Family Research Council in Washington, D.C., in 2012 with the intent of killing as many employees as possible.

He entered FRC’s office lobby and shot an unarmed security guard as the guard subdued him. Court documents stated that he told investigators, “I don’t like these people, and I don’t like what they stand for.”

Corkins, whom the documents also said had been treated for hallucinations in the months before the shooting, was convicted in 2013 under the District of Columbia’s domestic terrorism law and sentenced to 25 years in prison.

The Southern Poverty Law Center also had the apparent support of the gunman who attacked a Republican congressional baseball team during practice this past June, as one of James T. Hodgkinson’s Facebook “Likes.”