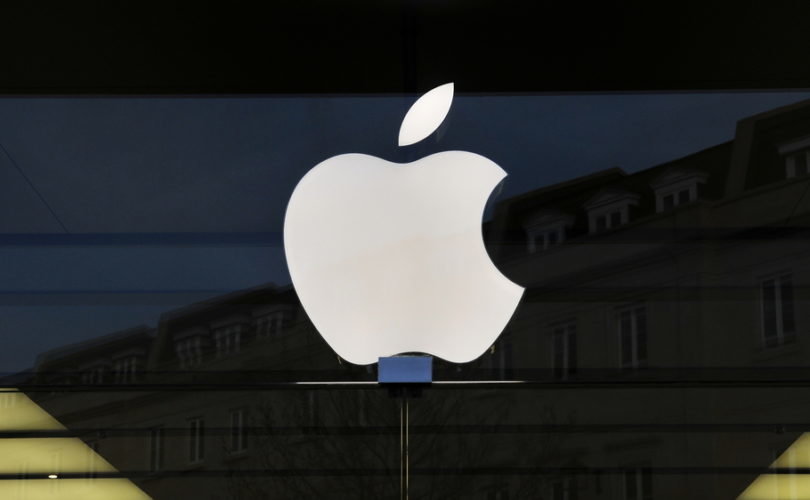 SAN FRANCISCO (LifeSiteNews) — Tech giant Apple will pay for their Texas employees to seek abortions outside the state, the The New York Times reported Friday.

According to the Times, Apple chief executive Tim Cook addressed the issue at an employee-only meeting on September 17, in which he said the corporation would assist Texas employees with obtaining abortions now illegal in the state.

As reported by MSN, the meeting was broadcast to all of the Big Tech giant’s roughly 160,000 employees worldwide.

Responding to questions from employees regarding how Apple planned to respond to Texas’ sweeping restrictions on abortions enacted earlier this month, Cook said Apple’s medical insurance would cover out-of-state abortions sought by employees who live and work in the Lone Star State.

Cook also insinuated that the global Big Tech organization would consider inserting itself into the legal battle against the pro-life law.

“Mr. Cook said that the company was looking into whether it could aid the legal fight against the new law and that its medical insurance would help pay for Apple workers in Texas if they needed to travel to other states for an abortion,” the Times reported, noting that it had obtained a recording of the employee-only meeting.

Texas’ new legislation, signed by Republican Gov. Greg Abbott in May, criminalizes abortions committed after a fetal heartbeat can be detected (usually around six weeks’ gestation).

Since a heartbeat is often detectable before a women knows she is pregnant, the new law effectively bans nearly all abortions in the state.

The so-called “heartbeat law” took effect September 1 after the U.S. Supreme Court declined to respond to efforts by pro-abortion lobbyists to block it.

It’s estimated the law will prevent 85% of abortions in a state that routinely sees in excess of 50,000 abortions a year.

If Apple throws its hat into the ring to oppose the pro-life law, it would be “one of the bigger tech companies taking a position in Texas politics concerning reproductive rights [abortion],” MSN reported.

According to the outlet, “Hewlett-Packard Enterprise, Match Group (Tinder’s parent company), dating app Bumble, and some smaller companies like online survey software company QuestionPro” have also indicated they would help Texas employees skirt the law by traveling out of state to obtain abortions.

Similarly, Salesforce, a customer-relationship management company, told thousands of its employees on September 10 that it would help them move out of Texas to avoid the pro-life law.

Ride-share companies Lyft and Uber also announced they would pay legal fees if drivers employed by the companies are sued for taking women to abortion facilities in violation of Texas law.

MSN also noted that offering to pay legal fees, fund relocations outside the state, or use medical insurance to cover travel to obtain abortions are not the only methods used by Big Tech giants to throttle the Texas law.

The news outlet observed that web domain hosting corporation GoDaddy moved to deplatform a website run by Texas Right to Life, which provided a means by which people could submit tips about babies with beating hearts being aborted in the state so that legal action might be pursued.

As previously reported by LifeSite, a GoDaddy spokesman said in an email to The New York Times and The Verge, “We have informed prolifewhistleblower.com they have 24 hours to move to another provider for violating our terms of service.”

“Too bad for the mob: We will not be silenced,” Texas Right to Life responded, adding that “Anti-Lifers hate us because we’re winning” and noting that they were in the process of “transferring our assets to another provider” and would “have the site restored within 24-48 hours.”

Meanwhile, despite the complaints of major corporations like Apple, Lyft, and GoDaddy, research shows that roughly 50% of the American population believes abortion should be illegal after a heartbeat can be detected.

In an opinion piece published by USA Today on September 2, Students for Life president Kristan Hawkins noted that “[h]alf the country, according to polling by the Kaiser Family Foundation, believes abortion should not be legal once this profound and undeniable sign of human life is detected.”

“With those 1973 cases, a seven-man majority on the Supreme Court legalized abortion through all nine months of pregnancy. Today, only 19% of Americans support abortion as late as the third trimester,” she said.

On Friday, Gov. Abbott signed into law additional restrictions on abortion in the state, clamping down on abortion-inducing drugs and upping fines and penalties for abortion providers.

The new restrictions will go into effect in December.

Both pro-abortion and pro-life advocates have recognized the case has the potential to overturn Roe v. Wade and Planned Parenthood v. Casey, two landmark Supreme Court decisions that established a precedent for legalized abortion throughout the United States.

In Dobbs, the Supreme Court is expected to address the legality of the current precedent for legalized abortion, and a deluge of amicus briefs have called upon the Court to immediately overturn both Roe and Casey.

In late July, Mississippi made headlines by explicitly asking the Supreme Court to overturn the prior rulings, and 230 GOP lawmakers joined in the call to throw out Roe and Casey.

If the Court rules in a manner favorable to the pro-life cause, a reversal of court precedent legalizing abortion at the federal level is possible before the end of 2022.

A decision in the case is expected by next summer.