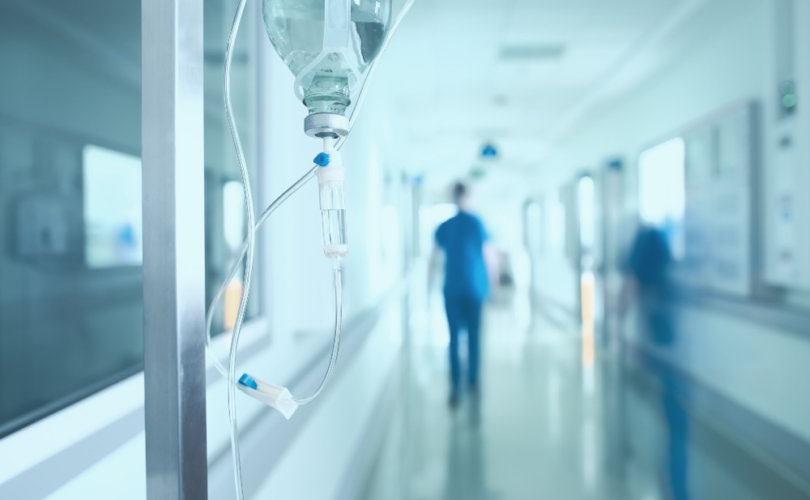 SUDBURY, Ontario (LifeSiteNews) — A provincial arbitrator ruled that Public Health Sudbury and Districts was wrong to fire a Catholic nurse who refused the COVID injection over its link to abortion.

In the ruling, arbitrator Robert Herman determined that Sudbury’s Public Health department illegitimately discriminated against a Catholic nurse who attends the Traditional Latin Mass after she was fired for refusing to take the abortion-tainted COVID-19 injection.

“There can be multiple reasons for objecting to getting vaccinated, but as long as one of the reasons is sincerely and legitimately based upon one’s creed, as subjectively interpreted and applied, an applicant would be entitled to an exception under the (human rights code) and the vaccine policy itself,” Herman wrote in the ruling.

“Once the grievor learned about the fetal cell line connection with the vaccines, even if that connection is factually and objectively quite remote, if the grievor sincerely believes that her faith does not allow her to get vaccinated, that would be sufficient grounds for granting her request for an exemption,” the arbitrator added.

According to The Sudbury Star, the public health department attempted to justify the nurse’s firing based on past “inconsistencies,” notably the fact that she did not receive the vaccine in the months and weeks before the mandate being announced, a time at which she was not aware of the vaccines’ link to abortion.

Herman ruled that while there were “inconsistencies” in her past with respect to the vaccine, the “context” also suggests that she has been a “devout and active member of the Latin Mass community, a more traditional and more orthodox subset of the Catholic Church” for a “number of years,” and has consistently “conducted herself in a manner consistent with her understanding of Latin Mass doctrine and consistent with her beliefs as to how that doctrine should be applied to her life.”

“Her evidence about her religious beliefs and how she has generally conducted her life according to her faith is credible.”

While many oppose COVID-19 vaccination given the virus’ high survivability among most groups, its now understood minimal risk of asymptomatic spread, and research indicating that post-infection natural immunity is far superior to vaccine-induced immunity. The Sudbury nurse is not alone in opposing the shots due to their connections to cell lines derived from aborted babies.

The Traditional Latin Mass group, the Society of St. Pius X, issued a statement last year addressed to employers explaining in plain terms why many Catholics will be unable to receive the shots on deeply-held religious grounds.

Beyond traditionalist circles, other high-ranking prelates in the Church have also voiced their opposition to vaccine mandates and the vaccine more broadly, including Cardinal Raymond Burke and Bishop Athanasius Schneider.

In February 2021, Bishop Schneider went as far as to call for “a new period of all pro-life movements to protest, clearly and unambiguously, against abortion-tainted medicines, against the abuse of the body parts of the unborn.”

“No one who is really deeply concerned about the defense of life and the moral law can be silent or can be quiet and can resign to this situation.”