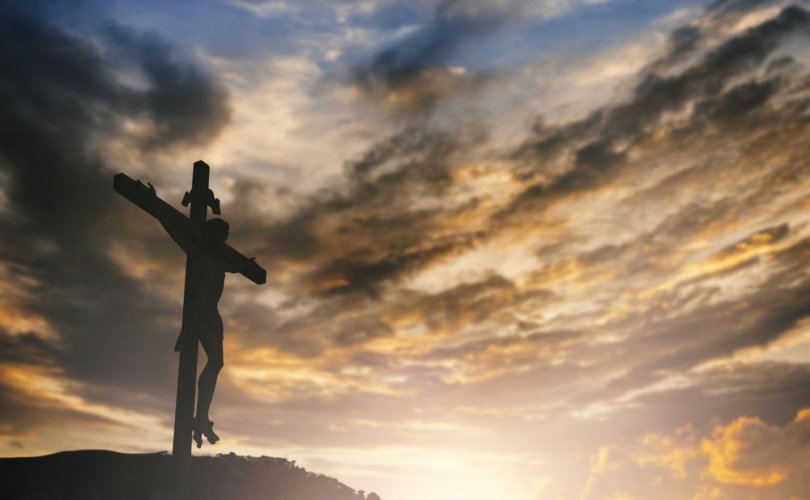 JERUSALEM, December 13, 2018 (LifeSiteNews) – A signet ring found by archaeologists fifty years ago is now been identified and is believed to have belonged to the Roman governor who ordered the execution of Jesus Christ almost 2000 years ago.

According to Israel’s Haaretz.com, the bronze ring was discovered in excavations at the site of Herodion, five kilometers southeast of Bethlehem, by Professor Gideon Fraser sometime between 1968 and 1969. One of thousands of items found in the dig, the ring was only recently cleaned and photographed by a special camera at the Israel Antiquities Authority lab.

The camera revealed that the ring is incised  with the image of a wine vessel and Greek letters forming the name “ΠΙΛΑΤΟ” (“Pilato”), which means “for Pilate.” Adding weight to the hypothesis that the ring belonged to the historical Pontius Pilate is that fact that this kind of ring was a “hallmark” of the Roman cavalry, to which Pilate apparently belonged.

Herodion (or Herodium) was founded between 23 and 15 BC by Herod the Great, who had a palace fortress and village built there. It was destroyed by the Romans in 72 AD.

As far as scholars know, the only Pilate in the area in the first century was Pontius Pilatus, the fifth governor of the Roman province of Judea. Hebrew University’s Professor Danny Schwartz says that the name “Pilatus” was very rare in the area at the time.

“I don’t know of any other Pilatus from the period and the ring shows he was a person of stature and wealth,” he said.

The simplicity and make of the ring suggests, however, that it was an everyday ring used either by Pilate or a functionary to stamp documents with his seal.

The Gospels relate that Jesus was brought to Pilate by the Jewish religious authorities, who were looking to have Jesus put to death. Pilate is said to have interrogated Jesus, asking him if he really was the King of the Jews. When Jesus states that he was born to testify to the truth, Pilate famously responded, “What is truth?” It was Pilate who ordered that a sign be placed on Jesus' cross that read: “Jesus the Nazorean, the King of the Jews.”

There are several references to Pontius Pilate in contemporary historical accounts apart from the Christian scriptures, as well as in an earlier archaeological find.  He is mentioned by the Roman historian Tacitus (c. 56 AD – c. 120 AD) and extensively by the Judeo-Roman historians Philo ( 20 BC – c. 50 AD ) and Josephus (c. 37 –  c.100.).

The “Pilate Stone”, found in 1961 in Caesarea, contains Pilate’s name as part of a vanished building’s dedication to the Roman emperor Tiberius. It dates from the first century AD, and is thought to have come from a public building, such as a temple.

Research into the ring was led by Professor Shua Amurai-Stark and Malcha Hershkovitz. Their findings were published in the Israel Exploration Journal late this  November.