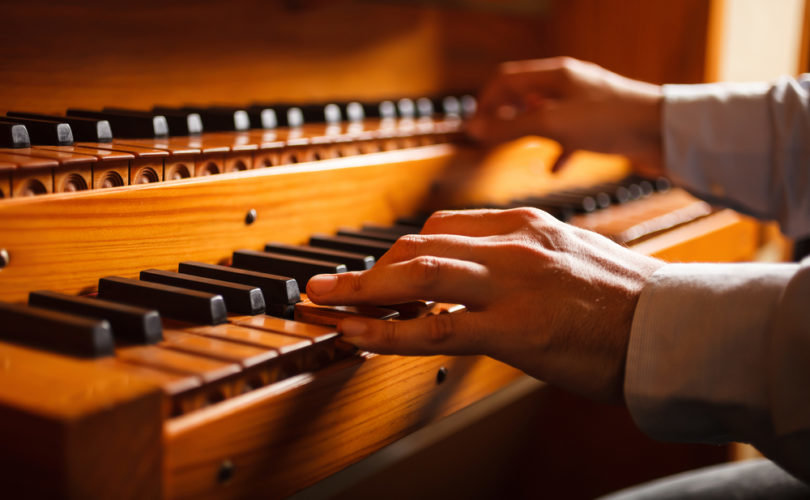 Editor's Note 09/24 5:23 p.m. EST: This story has been updated to include an interview with St. Victoria Parish Deacon Ray Ortman.

Archbishop John Nienstedt of St. Paul and Minneapolis has supported the removal of a parish liturgist who recently contracted a same-sex “marriage.”

The man, Jamie Moore, who had been Director of Liturgy and Music at St. Victoria Parish in Victoria, Minnesota, “married” his partner on the weekend of September 20.

The archbishop says he was consulted on the decision but not directly involved, while the parish priest maintains it was Nienstedt’s decision and says the “beloved” employee will be “sorely missed.”

In a statement the archdiocese provided to LifeSiteNews, Niendstedt said he could not comment on the situation specifically because he is not directly involved in employment issues at the parish level. Generally, however, he said, “The teachings of the Church must be upheld, including the pastoral response of working with an employee whose actions are contrary to the Catholic faith.”

All church employees are bound by the Code of Conduct, he added, which states:

The public and private conduct of church employees can inspire and motivate people, but it can also scandalize and undermine their faith. Church employees must, at all times, recognize and accept the responsibilities that accompany their ministry.

The archbishop also referenced in his statement the basic employment policy of the archdiocese and all of its parishes, Justice in Employment, which states as a reason for immediate discharge: “Public conduct which is inconsistent with the faith, morals, teachings, and laws of the Catholic Church.”

“My role as shepherd of the local Catholic Church is to proclaim the Gospel in its fullness and to guide Church decisions as much as I can in ways that are harmony with Gospel teaching,” Archbishop Nienstedt said. “Sometimes, those decisions are painful and difficult, but they are made for the sake of upholding the values that we have received from Christ and His Apostles.”

St. Victoria Pastor Father Bob White sent an email letter to parishioners, also published on the parish website, saying the situation continues to develop and that he would provide more information and a “pastoral perspective” at Masses the weekend of September 27-28.

“Jamie has indicated that he intends to go along with the Archbishop’s request.  Jamie will be sorely missed, and we wish him every happiness.”

Deacon Ray Ortman, of St. Victoria Parish, told LifeSiteNews that Archbishop Nienstedt asked for Moore’s resignation. The deacon was not able to say whether the resignation had yet taken effect. Moore is currently out of town.

Ortman said the depth of the emotions and reaction at the parish “is difficult to put into words.”

“In general there is pain at the situation,” he said.

The intent this weekend when Father White speaks to parishioners at Mass will be to “be a good pastor to the people,” he said, “to speak the truth in a way that invites healing.”

Archbishop Nienstedt has long been the target of public condemnation for his unwavering stance on Church teaching, specifically with regard to marriage and human sexuality.