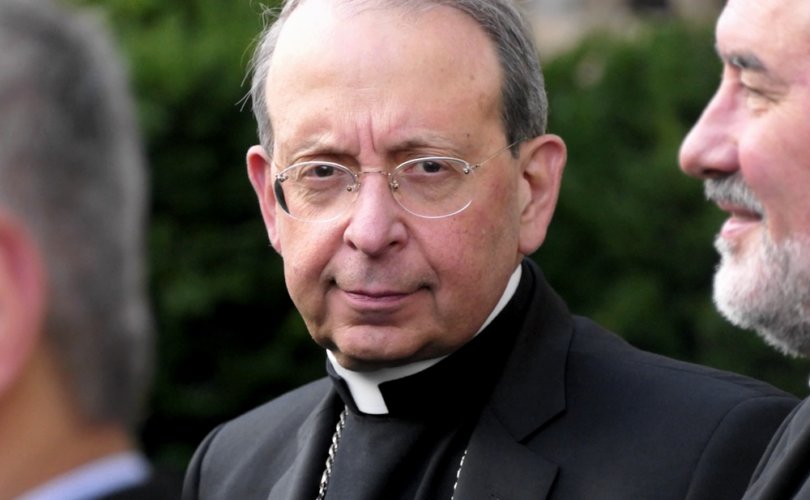 “The President is gravely wrong to continue to seek every possible avenue to facilitate abortion, instead of using his power to increase support and care to mothers in challenging situations,” Abp. Lori said in a statement through the United States Conferences of Catholic Bishops (USCCB), where he chairs its pro-life activities committee.

President Biden, a self-professed Catholic, said he would make the legalization of abortion through all nine months of pregnancy the top priority of his administration if Democrats keep the U.S. House and expand their Senate majority with pro-abortion senators this November.

“The court got Roe right nearly 50 years ago and I believe the Congress should codify Roe, once and for all,” Biden told supporters during a Democratic National Committee event on October 18.

“If we do that, here’s the promise I make to you and the American people: The first bill I will send to the Congress will be to codify Roe v. Wade,” the president pledged. “And when Congress passes it, I’ll sign it in January, 50 years after Roe was first decided [to be] the law of the land.”

Abp. Lori called out Biden for his “single-minded extremism.”

“This single-minded extremism must end, and we implore President Biden to recognize the humanity in preborn children and the genuine life-giving care needed by women in this country,” the USCCB statement continued. “As pastors who deal daily with the tragic impacts of abortion, we know that abortion is a violent act which ends the life of preborn children and wounds untold numbers of women.”

“The Catholic Church wishes to continue in our work with our government and leaders to protect the right to life of every human being and to ensure that pregnant and parenting mothers are fully supported in the care of their children before and after birth,” the archbishop concluded.

“Since the first century the Church has affirmed the moral evil of every procured abortion. This teaching has not changed and remains unchangeable. Direct abortion, that is to say abortion willed either as an end or a means, is gravely contrary to the moral law,” reads the Catechism of the Catholic Church.

“Life must be protected with the utmost care from the moment of conception: abortion and infanticide are abominable crimes,” it adds.

Fr. Donald Calloway, MIC, recently explained that he could not give the Holy Eucharist to Speaker of the House Nancy Pelosi or President Biden.

“I’m going to do what’s pleasing to Jesus Christ. That’s my role as a priest. And what’s beneficial for souls,” he told John-Henry Westen during a September interview. “And it’s beneficial to your soul that I do not give you Holy Communion because you are promoting murder, the murder of children, and advocating all kinds of other stuff … so-called [homosexual] marriage and all those things.”