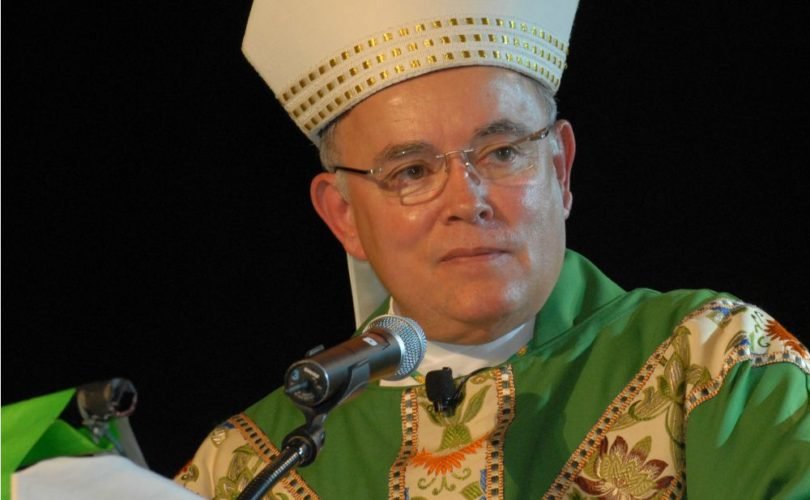 PHILADELPHIA, Pennsylvania, July 18, 2017 (LifeSiteNews) – Archbishop Charles Chaput responded to a recent article that smeared American Catholics for their “ecumenism of hate” with evangelicals by explaining that they're “merely for fighting for what their Churches have always held to be true.”

On July 13, La Civiltà Cattolica, which the Vatican reviews and approves prior to publication, criticized American “value voters” who have banded with evangelicals to fight abortion and same-sex “marriage”.

This “strange ecumenism” fosters an “xenophobic and Islamophobic vision that wants walls and purifying deportations,” thus making it an “ecumenism of hate,” Jesuit Father Antonio Spadaro and Marcelo Figueroa wrote in the article. The “ecumenism” of Pope Francis, for which they advocate, “moves under the urge of inclusion, peace, encounter and bridges,” they wrote.

Spadaro and Figueroa's dismissal of the attacks on religious liberty in the U.S. “sounds willfully ignorant,” Chaput wrote. “It also ignores the fact that America’s culture wars weren’t wanted, and weren’t started, by people faithful to constant Christian belief.”

The article was “an exercise in dumbing down and inadequately presenting the nature of Catholic/evangelical cooperation on religious freedom and other key issues,” Chaput wrote.

Chaput reminded “progressives” who are “wary” of religious liberty that religious freedom is what allows faith communities to serve the poor and “those in need.”

“The divide between Catholic and other faith communities has often run deep,” Chaput continued. “Only real and present danger could draw them together. The cooperation of Catholics and evangelicals was quite rare when I was a young priest. Their current mutual aid, the ecumenism that seems to so worry La Civilta Cattolica, is a function of shared concerns and principles, not ambition for political power.”

“It’s an especially odd kind of surprise when believers are attacked by their co-religionists merely for fighting for what their Churches have always held to be true,” Chaput wrote. Chaput noted that earlier this month, one of the main funders of the LGBT movement said he wants to “punish” those who oppose the homosexualist agenda.

“It doesn’t take a genius to figure out whom that might include,” he wrote. “Today’s conflicts over sexual freedom and identity involve an almost perfect inversion of what we once meant by right and wrong.”

“There’s no way to soften or detour around the substance of Romans 1:18-32, or any of the other biblical calls to sexual integrity and virtuous conduct,” the archbishop continued.

Romans 1:18-32 addresses “the wrath of God.” This wrath is “revealed from heaven against every impiety and wickedness of those who suppress the truth by their wickedness,” it says. The passage laments those who “exchanged the truth of God for a lie and revered and worshiped the creature rather than the creator, who is blessed forever.”

Therefore, God handed them over to degrading passions. Their females exchanged natural relations for unnatural, and the males likewise gave up natural relations with females and burned with lust for one another. Males did shameful things with males and thus received in their own persons the due penalty for their perversity.  And since they did not see fit to acknowledge God, God handed them over to their undiscerning mind to do what is improper. They are filled with every form of wickedness, evil, greed, and malice; full of envy, murder, rivalry, treachery, and spite. They are gossips and scandalmongers and they hate God. They are insolent, haughty, boastful, ingenious in their wickedness, and rebellious toward their parents. They are senseless, faithless, heartless, ruthless. Although they know the just decree of God that all who practice such things deserve death, they not only do them but give approval to those who practice them.

Trying to “soften or detour around the substance” of that message “demeans what Christians have always claimed to believe,” wrote Chaput. “It reduces us to useful tools of those who would smother the faith that so many other Christians have suffered, and are now suffering, to fully witness.”

“This is why groups that fight for religious liberty in our courts, legislatures, and in the public square – distinguished groups like the Alliance Defending Freedom and Becket (formerly the Becket Fund for Religious Liberty) – are heroes, not 'haters,'” he continued. ABC News recently called Alliance Defending Freedom a “hate group” because it advocates for the right of Christians to not be forced to act against their beliefs.

If these groups' “efforts draw Catholics, evangelicals and other people of good will together in common cause, we should thank God for the unity it brings,” Chaput concluded.

His full column can be read here.