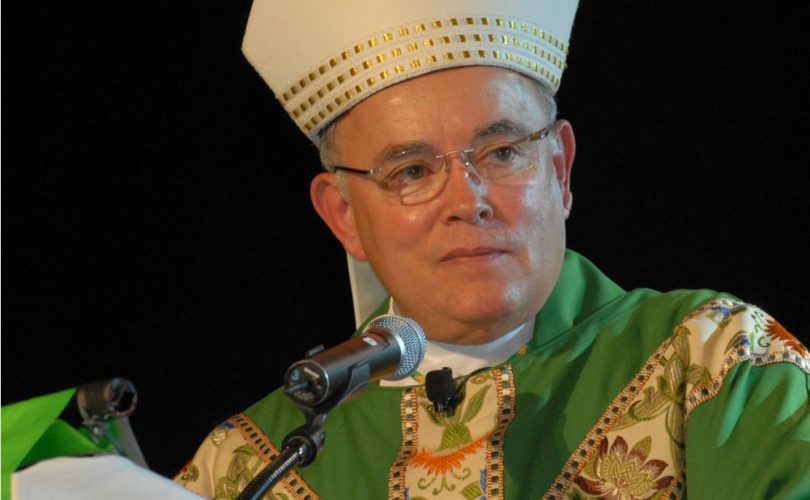 PHILADELPHIA, July 7, 2017 (LifeSiteNews) — As newly-appointed Vatican advisor Father James Martin continues his campaign for greater openness to homosexuality in the Catholic Church, a prominent archbishop has now stepped up to correct the Jesuit priest’s misuse of Catholic teaching.

In a column Thursday, Philadelphia Archbishop Charles Chaput criticized Father Martin for failing to be clear about the sinfulness of homosexual acts.

Chaput said that while Martin is correct in stating that the Church must have “respect, compassion and sensitivity in dealing with persons with same-sex attraction,” this does not give a license to him or other influential leaders within the Church to suddenly start ignoring Biblical teaching on sexuality.

Pointing to St. Paul’s condemnation of homosexual practices, Chaput added: “If the Letter to the Romans is true, then persons in unchaste relationships (whether homosexual or heterosexual) need conversion, not merely affirmation. If the Letter to the Romans is false, then Christian teaching is not only wrong but a wicked lie.  Dealing with this frankly is the only way an honest discussion can be had.”

Fr. Martin in his June 2017 book titled Building a Bridge urges Catholics who identify as “gay” to begin “conversations” with their bishops so as to move the Church in the direction of eventually normalizing homosexuality as part of God’s creation.

“I’m just inviting people to take the first steps, and for many LGBT people those conversations can't even happen, because they don't feel like they are even welcome to step foot in a church,” Martin said in a July 6 interview with CNN.

Archbishop Chaput wrote that Jesus “didn’t come to affirm us in our sins and destructive behaviors – whatever they might be — but to redeem us.”

“Paul’s message was as resented in some quarters then as it is now. In an age of sexual confusion and disorder, calls to chastity are not just unwelcome. They’re despised. But that doesn’t diminish the truth of the words Paul wrote, or their urgency for our own time,” he said.

While the unity between all the baptized championed by Fr. Martin is important, he said, there will be no real unity apart from truth.  “The Church is not simply about unity – as valuable as that is – but about unity in God’s love rooted in truth.”

Chaput said that one book that takes the right approach to Christian teaching on homosexuality is the new book from Ignatius Press, Why I Don’t Call Myself Gay by Daniel Mattson.

The archbishop quoted from Mattson’s book to highlight the shortcomings he noted in Martin’s book:

We cannot remain reluctant to speak about the beauty of the Church’s teaching on sexuality and sexual identity for fear that it will appear ‘unloving,’ ‘irrational,’ or ‘unreal.’  We need to love the world enough to speak about the Christian vision of sexual reality, confident that God’s creation of man as male and female is truly part of the Gospel of Jesus Christ we are called to proclaim to a lost and confused world.

Commented Chaput: “Spoken from experience. Spoken from the heart. No one could name the truth more clearly.”

Cardinal Robert Sarah, prefect of the Vatican’s Congregation for Divine Worship and the Discipline of the Sacraments, urged bishops and priests in his foreword to Mattson’s book to speak boldly the Church’s teaching on homosexuality.

“[The Church teaches] things in the Catechism about homosexuality that some members of the clergy choose not to quote, including the clear warning: ‘under no circumstances can [homosexual acts] be approved’ (CCC 2357). The respect and sensitivity to which the Catechism rightly calls us does not give us permission to deprive men and women who experience SSA (same-sex attraction) of the fullness of the Gospel. To omit the ‘hard sayings’ of Christ and his Church is not charity,” he wrote.