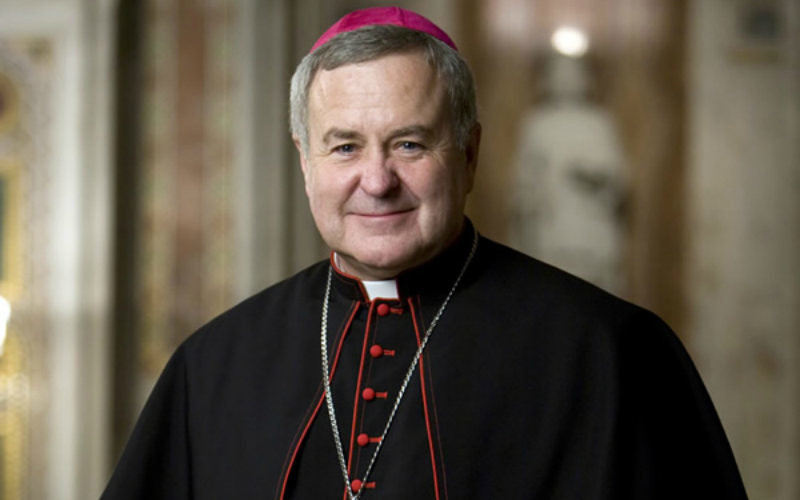 ST. LOUIS, Missouri, February 22, 2016 (LifeSiteNews) – In an effort to protect Catholic identity of its youth programs the Catholic archbishop of St. Louis is cutting ties with the Girl Scouts and directing his priests to initiate other scouting options for the girls of the archdiocese.

In a Feb. 18 letter, Archbishop Robert Carlson cited the Girls Scouts’ involvement in promotion of contraception, abortion and role models in conflict with Catholic values, whether through the Girls Scouts USA (GSUSA) organization itself, or through its parent and partnering organizations.

In the letter to priests, scout leaders and the faithful, the archbishop said that the Girl Scouts’ continued disturbing conduct puts it increasingly at odds with the Catholic Church’s teaching, and questioned whether the organization had the girls’ best interest at heart.

“Girl Scouts is exhibiting a troubling pattern of behavior and it is clear to me that as they move in the ways of the world it is becoming increasingly incompatible with our Catholic values,” he said in the letter. “We must stop and ask ourselves – is Girl Scouts concerned with the total well-being of our young women? Does it do a good job forming the spiritual, emotional, and personal well-being of Catholic girls?”

Archbishop Carlson also expressed concern over the recent movement by the Girl Scouts into gender ideology.

“In addition, recent concerns about GSUSA and their position on and inclusion of transgender and homosexual issues are proving problematic,” the archbishop said. “Our culture is becoming increasingly intolerant of a Catholic worldview regarding these issues. While Catholics are called to treat all people with compassion and mercy, we must at the same time be mindful of whom we allow to teach and form our youth and the messages they present.”

The Girl Scouts of Eastern Missouri has had a relationship with the Archdiocese of St. Louis for almost 100 years, according to the St. Louis Post-Dispatch, with more than 4,000 Scouts meeting in Catholic churches in the region, and an undetermined number of Catholic girls participating in troops outside of Catholic church or its schools.

Archbishop Carlson credited the Scouts for having been a helpful means for girls’ formation in the past, and he also lauded current efforts at the parish leadership level to keep Catholic values at the forefront. But he ventured the assertion that the best efforts on the part of leaders of Catholic troops may no longer be sufficient to ward off the organization’s troubling agenda as displayed in recent years.

RELATED: Say NO to Girl Scout cookies, until they stop supporting Planned Parenthood

The archbishop continued, “In ‘Renewing the Vision,’ the US Bishops’ framework for Youth Ministry, we read: ‘All ministry with adolescents must be directed toward presenting young people with the Good news of Jesus Christ and inviting and challenging them to become disciples’ (page 10).”

“While I am certain that many dedicated leaders are fulfilling this mandate within their troops,” he said, “I continue to be concerned of messages at odds with our faith that our youth are receiving from GSUSA and the organizations that they partner with.”

The Girls Scouts’ ties with Planned Parenthood and other pro-abortion groups, its participation in objectionable events and pushing of gender ideology, along with promotion of roles models to the girls such Gloria Steinem and Betty Friedan, and disturbing material found at events for girls, have all caused controversy in recent years.

A two-year-long report conducted and completed in 2104 by the United States Conference of Catholic bishops urged caution in dealing with the Girl Scouts, focusing on the Scouts’ relationships with such organizations as Planned Parenthood, its views on human sexuality issues, including abortion and contraception, and varied materials and resources put forth by the Scouts with inappropriate content.

In 2011, then-auxiliary bishop of Denver James Conley warned that participation in the Scouts could carry the danger for girls to be more receptive to the pro-abortion agenda.

In his February 18 letter to his archdiocese on the Girl Scouts Archbishop Carlson also mentioned the Boy Scouts of America and its departure from its founding moral values, such as with its move towards acceptance of homosexuality.

“Concerns are also continuing to surface with Boy Scouts of America (BSA),” he stated. “While the new BSA leadership policy currently offers some protections to religious organizations, I continue to wonder in which direction this once trusted organization is now headed.”

While Archbishop Carlson is not insisting that parishes disassociate with the Girl Scouts, he asked pastors in his letter to meet with troop leadership to look at alternate choices more in line with Catholic principles, offering links to such groups, and he dissolved the archdiocesan body that served as an official liaison to the Scouts.

“I take all of these concerns very seriously,” Archbishop Carlson said. “Therefore, I am asking each pastor that allows Girl Scout troops to meet on parish property to conduct a meeting with troop leadership to review these concerns and discuss implementing alternative options for the formation of our girls.”

“Our primary obligation is to help our girls grow as women of God,” he continued. “Several alternative organizations exist, many of which have a Catholic or Christian background,” providing a link to more information and asking that pastors and troop leaders “carefully study each organization and strongly consider offering one of these programs in your parish instead of Girl Scouts.”

Archbishop Carlson did not hesitate to act on the plan to augment Catholic identity in the archdiocese’s scouting programs across the board.

The archdiocese said in a statement the day after the archbishop’s letter was released that Archbishop Carlson had already selected co-chairs for the new committee and its work had begun.

While the archbishop’s letter addressed the Girl Scouts specifically, the diocese’s statement said the archdiocese was continuing to evaluate the mission effectiveness of all its youth outreach.