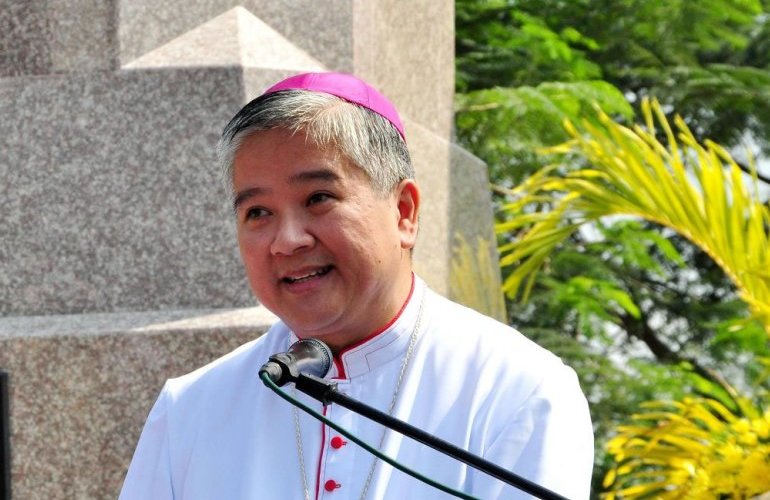 MANILA, Philippines, July 21, 2016 (LifeSiteNews) — Once a powerful political influence in the Philippines, the Catholic Church is more like a despised prophet who is mocked, derided and ignored in his own land, according to outspoken Archbishop Socrates Villegas.

In a powerful opening address to the first assembly of the nation’s bishops to be held after Filipinos elected the anti-Catholic populist Rodrigo Duterte as their president, Villegas called them to be “pastors of the Church in the wilderness.” He urged them to have the courage to “defend and vindicate the rights of the poor and the oppressed, even when doing so will mean alienation or persecution from the rich and powerful.”

Villegas did not mention Duterte by name, but the man who accused the Catholic Church of corruption, called its leaders, including Pope Francis, “sons of whores,” and said one of its priests sexually molested him in high school, was probably in mind when the archbishop delivered at least some of his address.

“We were speaking a language that our flock could not understand,” he said to describe how seemingly irrelevant the church leadership has become. “When we appealed for morality, our people laughed at vulgarity. When we challenged indecency, we were despised and ridiculed as archaic.”

“When we preached about marriage and family life, we were dismissed as uninformed bachelors. We are called shameless hypocrite children of whores. It felt like the Church was like Ismael, son of Abraham, sent to the desert to die.”

Villegas began his address by tracing church-state relations since the time of the dictatorial President Ferdinand Marcos, whom the Church helped oust in 1986. In what was called “critical collaboration,” the bishops had significant influence with subsequent regimes without, it hoped, giving up its independence.

“Without the military repression and an authoritarian regime, would the Church still be relevant?” the archbishop mused. “Many of us saw ourselves more collaborative than critical and, sadly, in some instances, co-opted by our former comrades … now occupying top government positions.”

The Church, Villegas said, had turned a corner into a “hostile wilderness,” but this, as the life of Christ shows, can be a good thing. “The wilderness is also for purification and prayer. It is also for returning to the basics without the trappings and icings. The wilderness beckons us to stay with the Lord and return to the essentials. The wilderness tests our readiness for martyrdom.”

The essentials, he continued, meant standing up for the powerless. “We will stand up for the moral right. We will resist the moral wrong. We will stand and defend every person’s life and dignity. We will shield the weak from harm. We will protect the confused from error.”

Incoming Filipino president slams Catholic bishops as 'sons of whores’
In wake of Pope’s remarks, Filipino bishops call for a ‘re-evaluation’ of contraception in some cases