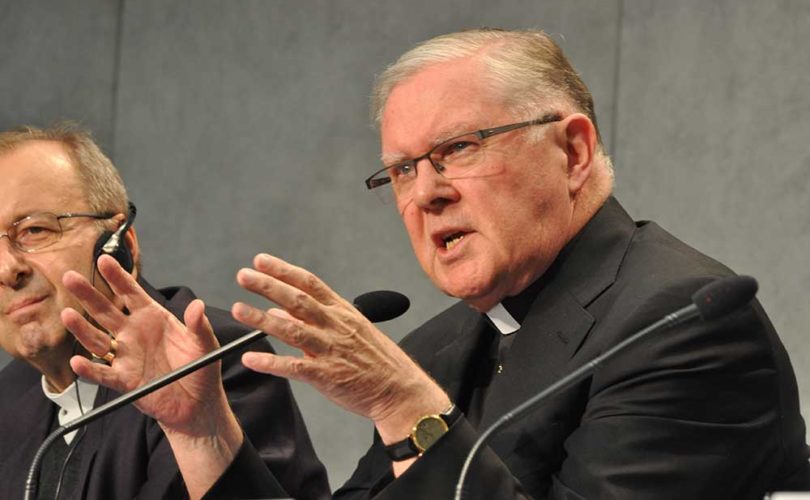 “The latest Vigano broadside (un’altra Viganata!) leaves me wondering if the Archbishop thinks that he rather than @Pontifex should be Pope. #papabile.” stated Archbishop Mark Coleridge of Brisbane on Twitter

In his second testimony — released last week — former papal nuncio Archbishop Carlo Maria Viganò repeated his central assertion that Pope Francis knew that Archbishop McCarrick was “perverse and evil” when he made him “one of his principal agents in governing the Church.” Viganò also expressed concern over revelations that Pope Francis had played a role in covering up for or blocking investigations into other priests and prelates, including Fr. Julio Grassi, Fr. Mauro Inzoli, and Cardinal Cormac Murphy-O’Connor.

In his original testimony — released in August — Viganò had called on the pope to resign.

Archbishop Coleridge has shown himself to be an ardent supporter of Pope Francis’ reform of the Church. He stated in 2015 that the Catholic saying “love the sinner, hate the sin” with reference to homosexuality no longer holds since the distinction “no longer communicates” “in the real world” where sexuality is “part of [your] entire being.” He has also argued that using the word “adultery” for remarried divorcees needs to end. He criticized the four dubia Cardinals in 2016 for searching for what he called “false clarity” amid “shades of gray.” In 2016 Coleridge’s archdiocese defended the staging of a sexually charged, explicitly anti-Christian ballet and fashion show in a Catholic church.

“It [Viganò’s claim] should make you [Coleridge] wonder if what he claims is true, replied Steve Skojec, the editor of the “OnePeterFive” blog. “How about you man up and support him?”

This thought was echoed by Damian Thompson, editor of Britain’s Catholic Herald, who tweeted:

“Shouldn’t it leave you wondering whether, as Vigano insists, Pope Francis was informed of McCarrick’s serial abuse right at the start of his pontificate? It has not been denied. Why?”

“Indeed,” American canonist Ed Peters tweeted in response to Thompson, “a petty comment from a prelate. What so worries them about a simple question, Is Viganò right?”

Christopher Manion, director of the Campaign for Humanae Vitae, was even more pointed.

“Do you want the truth, your Excellency, or do you want to cover it up?” he asked Coleridge.

Damien O’Donnell, the president of the European Council of Lay Dominican Fraternities, told the Australian archbishop that he believes Viganò doesn’t want to be pope, but is acting for the good of the Church.

“On the contrary,” he tweeted, “I believe [Viganò], like the vast majority of devoted Catholics, has serious concern for OUR Church, the Bride of Christ and the many who have suffered at the hands of these predatory prelates who are being protected by the loud silence of #pontifex.”

More than one commentator suggested that the archbishop was “fawning” over Pope Francis in the hopes of receiving preferment. Of 151 direct replies to the tweet, very few sympathized with Coleridge. The rather one-sided response was not lost on the Tweeters themselves.

Coleridge has sneered at a fellow bishop over Twitter before. Mocking the grief of Cardinal Jospeh Zen for the sufferings of Catholics in China, the Brisbane archbishop tweeted: “Things can be tough in China, I know, but I just wish the Cardinal would smile once in a while.”