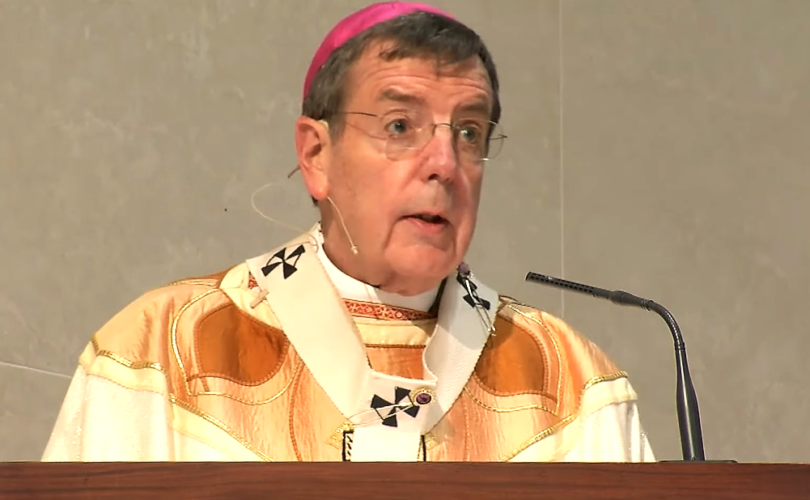 (LifeSiteNews) — A Michigan archbishop is urging Catholics to vote against a pro-abortion proposal and offering three ways in which the faithful can combat the potential upheaval of the state’s long-standing pro-life laws.

Archbishop Allen Vigneron of Detroit released a letter on September 16 to Catholics across the state to inform and warn about the potential passing of the “Reproductive Freedom for All” bill, also known as “Proposal 3.”

“We are less than two months from the November 8 election, during which voters in Michigan will decide on an issue of paramount importance to protecting the inherent, God-given dignity of all people,” the letter states. “Proposal 3 is not about protecting existing rights, but rather about revoking the right to life for an untold number of human beings.”

“This is a grave offense to the dignity and sanctity of the unborn, innocent human life. As people of faith who witness to the Good News of Jesus Christ and His teachings, we fervently oppose this deadly proposal and are taking action to defeat it.”

Vigneron goes on to specify three ways for faithful Catholics to combat the pressing issue, the first being prayer. The archbishop extended an invitation to join him at a Mass on October 2 offered in thanksgiving for human life.

“As advocates for the sanctity of life and truth, we always begin with prayer,” he said in the letter. “Let us pray that our fellow Catholics and all people of goodwill will reject Proposal 3 in recognition of the danger it poses for women, children, and their families.”

The second course of action that Vigneron suggests is voting. He says that “as faithful citizens, we look forward to casting our votes on November 8. Catholics in the Archdiocese of Detroit are called to uphold the inherent dignity of all people by voting against Proposal 3.”

Lastly, the archbishop encourages the faithful to “spread awareness among Catholics, practicing or otherwise, and others about the true nature of Proposal 3.” He recommends conversations with family and friends as well as supporting “the statewide coalition dedicated to preventing this proposal from distorting our state constitution.”

The Michigan Catholic Conference and Right to Life Michigan made a joint effort “to form a coalition called Citizens to Support MI Women and Children to oppose and, ultimately, to defeat this dangerous proposal.”

“The implications of this proposal are vast and extreme,” Vigneron wrote. “If passed, the proposal’s vague wording would result in the elimination of dozens of Michigan laws relating to abortion.”

The enacted proposal would allow abortion throughout pregnancy, including the day of birth, as well as disregarding laws surrounding parental consent, partial-birth abortion, 24-hour waiting periods, taxpayer-funded abortion and laws requiring proper licensure as well as prosecution of anyone who harms a woman during an abortion procedure.

Vigneron also encouraged participation in Walking with Moms in Need, an initiative to support local women in unplanned or difficult pregnancies.