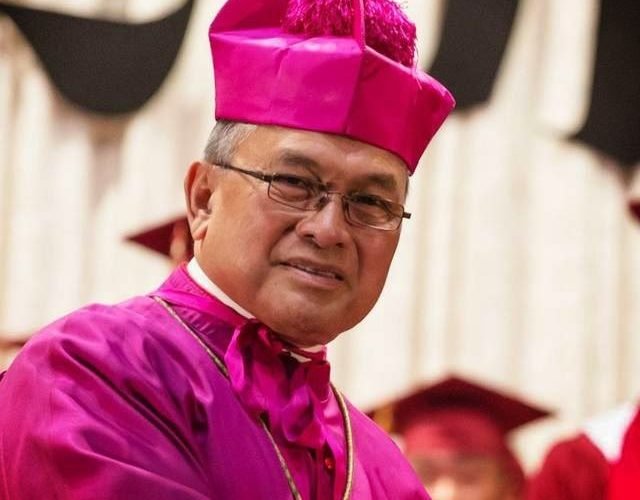 AGANA, Guam, September 3, 2015 (LifeSiteNews) — The Archbishop of Agana, Guam, a US territory located in the Western Pacific ocean, has sent out an appeal to the faithful, urging them to hold fast to their Christian faith in light of recent rulings that redefined marriage, both from the U.S. Supreme Court and from the Guam Legislature.

“I invite all the Faithful, including those in every branch of our local government, not to deny your faith, but to have the courage to be a witness to the truth: the truth about life, about man, about marriage and about family,” urged Archbishop Anthony Sablan Apuron in an August 26 letter titled “Guam Marriage Equality Act: A Defeat for Our Island and for Humanity.”

Archbishop Apuron warned the faithful that supporting gay “marriage” while choosing not to defend real marriage is an action that they will one day have to render an account of before God.

“As Shepherd of the local Church of Guam, I urge every person to be mindful that each of us is answerable to the Supreme Judge for what we do, and do not do,” he said. “Do not be afraid! Christ is the truth, and the truth will set us free.”

“We are living in dangerous times, under the law of man, where Catholics, and Christians alike, are commanded to forfeit our religious beliefs.”

The archbishop said that while secular laws might change, the laws of God as upheld and taught by the Catholic Church do not.

“The Church stands firm on her teaching that marriage is between one man, and one woman,” he said, adding that it is not discrimination for the Church to “not agree with the decisions taken by the courts,” but rather, the courts are discriminating against Christians.

“These recent laws force the People of Guam, and of the United States, to either agree with a particular political position, or face ridicule and sanction for discrimination. These types of laws not only undermine the precepts of the United States Constitution to Freedom of Speech, but also undermines and attempts to eradicate the Constitutional Right to Freedom of Religion – we are living in dangerous times, under the law of man, where Catholics, and Christians alike, are commanded to forfeit our religious beliefs,” he said.

Archbishop Apuron said that the push for state-recognition of same-sex unions as marriage is “deceivingly disguised” to be about “equality and anti-discrimination” when it is really about advancing what he called the “destruction of the family, and the imposition of a totalitarian system.”

“The approval of same-sex ‘marriage’ has now thrown open the doors of Guam to implement in our community a very clever and systematic theory, which has as its aim the destruction of marriage and family through the annihilation of any sexual differences among persons, this theory is known as the ‘Theory of Gender,’” he said.

“The next step will be to implement this theory in the educational system of Guam. This means that our children, your children, will be forced to assimilate to this pattern of non-gender; that there is no-such-thing as ‘male’ or ‘female;’ they will be encouraged to explore their sexuality earlier, and parents will have no voice in the education of their children.”

“Our children, your children, will be forced to assimilate to this pattern of non-gender; that there is no-such-thing as ‘male’ or ‘female;’ they will be encouraged to explore their sexuality earlier, and parents will have no voice in the education of their children.”

Speaking on the outcome of redefining marriage, the archbishop continued: “The natural family will be seen as a threat for the ‘new age.’ These ideas are already part of an international agenda promoted especially by the United Nations. The laws just passed on our beautiful island, which were disguised to fight against discrimination, will now work to subvert our human sexuality from the most tender age with the goal to abolish the natural family and create new ‘models’ of a family.”

He said the new laws do not signify “human progress,” but are what he called “dangerous steps toward annihilation of our fundamental religious beliefs.”

Last May Archbishop Apuron made headlines after stating that the Church must publicly oppose homosexuality while teaching God’s order for humanity, even if the Church is hated for it.

“[The] homosexual condition or tendency is a disorder,” he said at that time. “Many hate the Church for saying that, but if the act is intrinsically a moral evil, we cannot say the tendency is neutral or good.”

“When we take God away from the source of human identity, then we are lost. As citizens and as a people of faith, we have the duty to be informed about the very fundamental nature of marriage and we are called to defend the very dignity of marriage as a loving and fruitful union of one man and one woman,” he said.