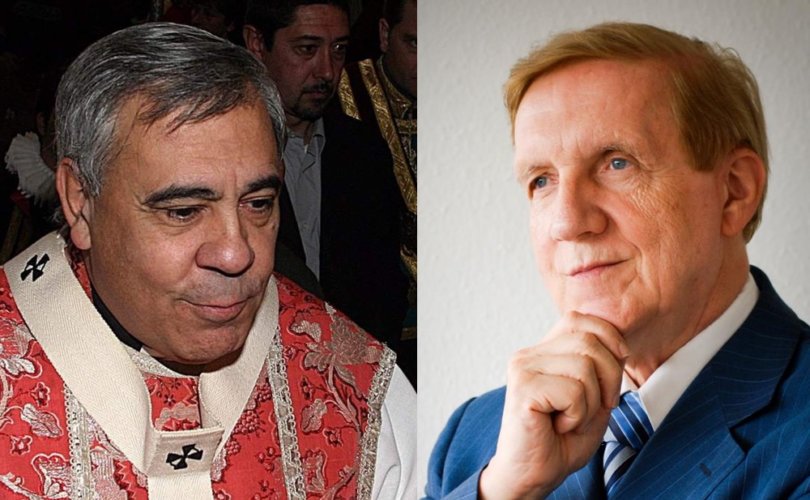 GRANADA, Spain, September 5, 2017 (LifeSiteNews) – A renowned Catholic philosopher has been removed from a Catholic university in Spain by a local archbishop after publishing a critique of Pope Francis’ exhortation on marriage and family.

Dr. Josef Seifert, an intimate friend of the late Pope St. John Paul II, was removed last week from his post at the International Academy of Philosophy in Granada by Archbishop Javier Martínez Fernández.

In an article published online last month, Seifert called the Pope’s 2016 Exhortation Amoris Laetitia (AL) a ticking “theological atomic bomb” that has the capacity to destroy all Catholic moral teaching.

In his article, the philosopher argued that if Pope Francis believes that adultery — to quote the exhortation — “is what God himself is asking” of couples in “irregular” situations, then there is nothing stopping any other intrinsically evil acts from eventually being justified.

“If this is truly what AL affirms, all alarm over AL’s direct affirmations regarding matters of changes of sacramental discipline refer only to the peak of an iceberg, to the weak beginning of an avalanche, or to the first few buildings destroyed by a moral theological atomic bomb that threatens to tear down the whole moral edifice of the Ten Commandments and of Catholic moral teaching,” Seifert wrote.

Archbishop Fernández related in an August 31 public statement that Seifert’s removal was spurred precisely by his recent article. He said the article “damages the communion of the Church, confuses the faith of the faithful, and sows distrust in the successor of Peter, which, in the end, does not serve the truth of faith, but, rather, the interests of the world.”

Fernández also said that while Seifert was removed from his teaching duties last year after his “first critical writing” on the exhortation, he is now being entirely dismissed from the university.

“And right now, concurring with the precise and fuller reasons for it, his retirement from the above-mentioned International Academy of Philosophy is now being processed,” the archbishop wrote.

Last October, the archbishop stated that his archdiocese would adopt the Buenos Aires interpretation of Amoris Laetitia, endorsed by Pope Francis, that allows Communion to be given to couples living in habitual adultery.

Seifert’s removal comes almost one year after four influential cardinals submitted five questions (dubia) to Pope Francis asking him to clarify if his exhortation conforms to perennial Catholic moral teaching. Pope Francis has yet to address their concerns.

Joining the four cardinals in publicly raising concern about the exhortation are various bishops and priests (for example, here, here, and here), 45 Catholic scholars, and 16 international life and family advocates.

She called his recently published article a “lucid and charitable Catholic witness in defense of the traditional and infallible moral teaching of the Catholic Church.”

“The Archbishop claims, without offering the slightest reason, that Seifert’s paper ‘confuses the faith of the faithful.’ We find, on the contrary, that the article clarifies the raging confusion of the faithful through its clear distinctions and reasons,” Hickson wrote in an article published on OnePeterFive.com.

“The Spanish archbishop also claims that Seifert’s paper ‘sows distrust in the successor of Peter,’ while in reality it affectionately presents a moving and filial appeal to the successor of Peter as the ‘sweet Christ on Earth’ – as he calls the pope in the words once used by St. Catherine of Siena – to revoke a specific statement IF he comes to recognize the grave and logical consequences of the above-mentioned assertion,” she added.

Hickson called Seifert’s dismissal “scandalous and a violation of the rights of an eminent Catholic scholar.”

Seifert is “one of the most deeply believing and faithful, and pope-loving Catholic thinkers, who had proven his loyalty to the papacy not only through his close collaboration with Pope John Paul II, Cardinal Joseph Ratzinger, Pope Benedict XVI, but also through his attempts to aid the Magisterium of Pope Francis by offering him, in deep reverence and charity, precious pieces of advice as to how to secure the unity of the Church based on the truth,” she said.