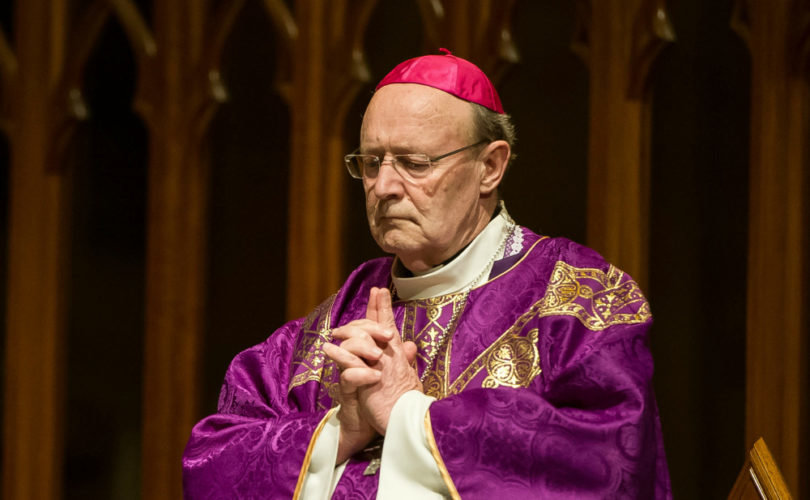 TASMANIA, Australia, July 6, 2018 (LifeSiteNews) – An Australian archbishop has banned a dissident Jesuit priest who supports homosexual “marriage” from speaking at a conference in his archdiocese and faces secular media criticism for doing so.

Hobart Archbishop Julian Porteous, who in 2015 faced a government investigation for distributing a pamphlet articulating Catholic teaching on marriage, sent a letter to Father Frank Brennan’s superior notifying him of the decision.

Brennan had been scheduled to speak at a conference where Porteous was speaking about marriage.

Brennan, the head of Catholic Social Services Australia, supports same-sex “marriage” in opposition to Church teaching, calling its legalization a matter of the “common good.”

The archbishop “felt it was inappropriate for Father Brennan to speak at the conference, due to his public position regarding same-sex marriage,” an archdiocesan spokesman told Australian media. However, Brennan has not been formally banned from all diocesan speaking engagements.

ABC News (not to be confused with the U.S. network ABC) reported that a “former Catholic priest” who is banned from speaking in several dioceses defended Brennan. Other commentators attacked Porteous as “hypocritical,” charging that since the archbishop wanted the right to speak out against the redefinition of marriage, he should let priests who oppose the Church’s broadcast their dissent.

The Catholic Church teaches that sexual activity between persons of the same sex is “intrinsically disordered” and “contrary to natural law.”

“They close the sexual act to the gift of life. They do not proceed from a genuine affective and sexual complementarity,” the Catechism of the Catholic Church instructs (CCC 2357). “Under no circumstances can they be approved.”

“In those situations where homosexual unions have been legally recognized or have been given the legal status and rights belonging to marriage, clear and emphatic opposition is a duty,” Pope Benedict XVI wrote as Cardinal Joseph Ratzinger when he was Prefect for the Congregation for the Doctrine of the Faith. “One must refrain from any kind of formal cooperation in the enactment or application of such gravely unjust laws and, as far as possible, from material cooperation on the level of their application. In this area, everyone can exercise the right to conscientious objection.”