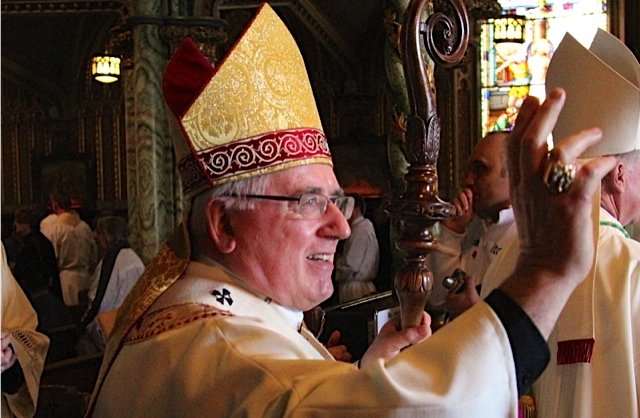 Prendergast rebuked Trudeau’s “disingenuous” claim that the Charter includes a “right” to abortion. The archbishop, a Jesuit, lamented the prime minister’s “confused personal comments” about reconciling his Catholicism with support of abortion on demand.

“There are no charter reproductive rights or reproductive freedoms despite the prime minister’s claims,” Prendergast wrote. “Any Canadian can verify this by reading the Charter of Rights and Freedoms online. Nonetheless, Employment and Social Development Canada can now deny organizations summer job funding if they fail to endorse a non-existent right.”

This new pro-abortion requirement is dismaying to Canadian Catholics, Prendergast explained, because “this attestation excludes any Catholic parish or charity from [government] funding for hiring a summer student.”

“We cannot affirm that we support a (non-existent) right to abortion, which is what the euphemism ‘reproductive rights’ means,” he wrote.

“Further upsetting many is the prime minister’s confused personal comments regarding the logically impossible coexistence of his identity as a Roman Catholic and his support of abortion,” Prendergast continued. “The National Post states, ‘He’s a Catholic who has long had to reconcile his religious beliefs with his responsibilities as a political leader, and he said the latter demands that he defend people’s rights.’”

“Even if Trudeau were not a Catholic Christian,” he simply “cannot invent, promote or defend a non-existent right.”

Canada’s Employment Minister refused during a recent interview to say whether signing the pro-abortion statement would be extended to other employment programs. She also wouldn’t answer a question about whether the attestation would be expanded to include support for physician-assisted suicide.

The Canadian Conference of Catholic Bishops (CCCB) “remains seriously concerned that the beliefs and practices of Catholics and other faith traditions will exclude them from receiving funding through the Canada Summer Jobs Program,” the bishops wrote in a joint letter Tuesday.

The release of “supplementary” information on the attestation, apparently an attempt to appease religious groups, still doesn’t negate the fact that “the attestation and examples still amount to the government’s coercion on matters of conscience and religious belief,” the CCCB wrote.

“The possibility of wide ranging views and even healthy disagreement” are being quashed, and “the attestation remains unacceptable.”

Trudeau, who brought his children to a gay “pride” parade and is extremely supportive of the LGBT cause in addition to abortion, received Holy Communion at a Catholic Mass in May 2017.

His Excellency Christian Lépine, the archbishop of Montreal, said his dispensing of the Eucharist to Trudeau at that Mass was a “gesture of hope.”