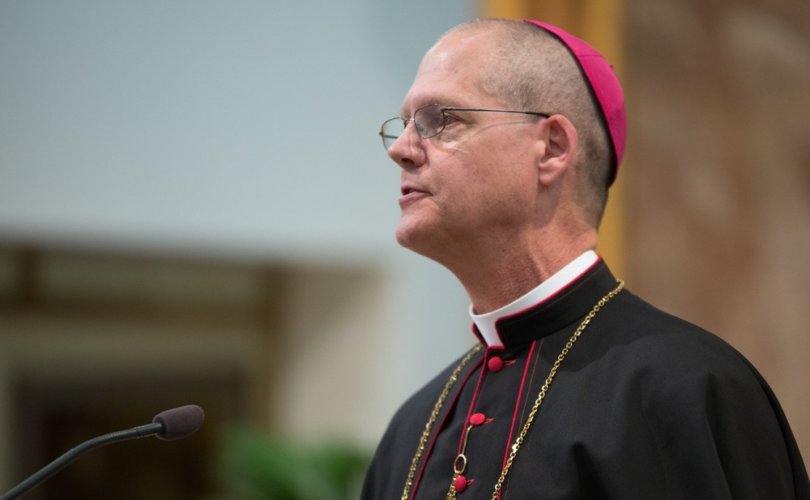 ANCHORAGE, Alaska, August 4, 2018 (LifeSiteNews) – The Catholic bishops of the U.S. have by and large lost the trust of lay Catholics, the Archbishop Paul Etienne of Anchorage wrote on his blog this week.

Addressing the renewed fury over the sex abuse scandal owing to revelations about now-former Cardinal Theodore McCarrick, Archbishop Etienne said that the bishops had better be smart in how they act now if they hope to rebuild the trust they lost.

“I believe it is accurate to say that most regular, church-attending Catholics still trust their priests, who minister and serve the People of God faithfully,” Etienne wrote. “The same can no longer be said of bishops. We have lost the trust of many of our priests and people, and we must act wisely in the face of this present challenge in the hopes of regaining that trust.”

Etienne also said bishops should be answerable in the Church’s sex abuse scandal.

Many people among priests, laity and the hierarchy are wondering how McCarrick or any bishop could rise to the rank of the episcopacy, the archbishop said, let alone to become a cardinal in the Church.

“How could such misbehavior not be known and addressed, let alone be overlooked to allow any priest to become a bishop, archbishop or cardinal?” he asked. “Indeed, the Body of Christ is hurting.”

The archdioceses of New York and Newark, and the diocese of Metuchen revealed in June that former Cardinal, now Archbishop Theodore McCarrick was the subject of credible and substantiated allegations of abuse of a minor. Since then, additional allegations against McCarrick and others in the U.S. Catholic Church have surfaced, along with reports that McCarrick’s reputation for abuse of seminarians and young priests was a well-known “secret” that didn’t impede McCarrick from rising to cardinal, and facilitating others’ rising in Church ranks as well.

Catholic laity continue to ask who knew about McCarrick and when they knew it, as well as who participated in covering it up.

Meanwhile a number of Church prelates whose history intertwines with McCarrick have publicly denied knowing anything about the scandal; this, while two out of three other previous allegations against McCarrick involving adults resulted in financial settlements to the accusers, coming from two of McCarrick’s former sees.

Pope Francis accepted McCarrick’s resignation from the College of Cardinals, though after more than a month following McCarrick’s removal from public ministry in June.

McCarrick, who has said he doesn’t recall the circumstances surrounding the allegations concerning a minor more than 40 years ago, has been ordered to a life of prayer and penance at an undisclosed location until he faces a canonical trial.

The U.S. Bishops issued a statement some six weeks after the McCarrick revelations saying the accusations “reveal a grievous moral failure within the Church,” and promising to get to the bottom of the matter.

USCCB President Cardinal Daniel DiNardo said the USCCB Executive Committee would be convened and that this and other meetings among the Bishops would focus on “discerning the right course of action for the USCCB.”

Many Catholic continue to remain skeptical that the widespread crisis of sexual abuse within the Church and its accompanying cover-up will be authentically addressed.

Archbishop Etienne suggested a number of things that depart from previous protocol, including holding bishops accountable for how accusations are handled against any Church employee – not just priests.

Further, he said, “The USCCB did not go far enough in the Dallas Charter by not holding cardinals and bishops accountable to the same standards as priests and deacons who are accused of sexual misconduct with minors. This requires a prompt and firm correction.”

The Charter established after the abuse scandal first broke in 2002 has been criticized for only applying to priests and not holding bishops accountable.

Etienne also called for a review board for accusations of sexual misconduct against bishops, with lay representation and the papal nuncio’s involvement. The board’s findings would be forwarded to the Holy See, and in the interest of transparency, the board would make its recommendations public within 60 days of submission to the Vatican if no public action or the competent authority has taken response.

Aside from augmenting the process for reviewing accusations against bishops, Etienne said the situation presents a call to all members of the Church to renew the pursuit of holiness.

“At its core, we are facing a spiritual crisis, and these times call us to renew our life in and our witness to Jesus Christ,” he said. “While bishops are called to govern effectively, we have an even greater responsibility to lead holy lives, and to help our brothers and sisters entrusted to our pastoral care to do the same.”

“This is not a moment to bury our heads in the sand,” the archbishop said, rather, “a time appointed by God – to acknowledge the grave and pressing responsibility that now lies before us.”