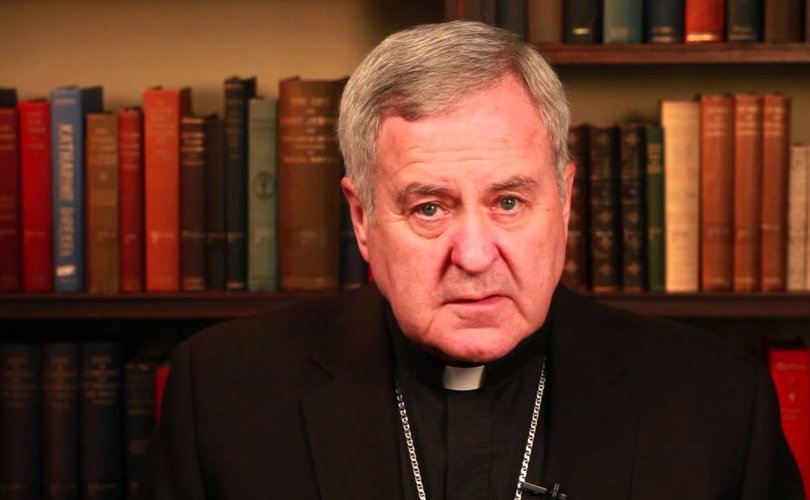 ST. LOUIS, Missouri, January 17, 2017 (LifeSiteNews) — The Archdiocese of St. Louis will defy a proposed city ordinance that would compel Catholic institutions to hire abortion activists and “force the people of St. Louis to be complicit in the profound evil of abortion,” Archbishop Robert Carlson has vowed.

The Catholic prelate excoriated the city’s proposed Board Bill 203 as a “flagrant violation of religious liberty and individual rights of conscience” in a January 10 statement.

He also warned that the “vague and ambiguous” ordinance would have “terrible consequences” for religious institutions.

Filed by Alderman Megan-Ellyia Green on December 2, the ordinance seeks to add protection for “pregnancy and reproductive health decisions” to the city’s anti-discrimination law.

Green, a Democrat, told the St. Louis Post-Dispatch that she had no example of current discrimination but added, “With a (Donald) Trump presidency and a Republican super-majority in Jefferson City, attacks on women’s rights are real.”

The bill does not provide an exemption for churches, religious organizations or individuals with conscientious objections. It would give the city’s Civil Rights Enforcement Commission authority to rule on complaints, the Post-Dispatch reported.

Archbishop Carlson wrote that Bill 203 would allow the City of St. Louis to fine a Catholic school or Catholic Charities agency “for not employing persons who publicly promote practices such as abortion.”

The city could also fine Catholic institutions “for not including coverage for abortion in their insurance plans” and similarly penalize “landlords and others who do not want to rent to or be associated with the abortion industry.”

The Archdiocese of St. Louis “cannot and will not comply with any ordinance like Board Bill 203 that attempts to force the Church and others to become unwilling participants in the abortion business,” the archbishop asserted.

“There is no room for compromise on such a matter. This is a matter of fundamental religious and moral beliefs.”

Archbishop Carlson urged the Board of Aldermen to defeat the bill, which the city’s Housing, Urban Development and Zoning Committee is now considering.

“I appeal to the humanity and the love of all freedom-loving citizens of St. Louis to make their voices heard in defense of human life,” he wrote.

Green and Alderman Christine Ingrassia announced in December they were partnering with NARAL Pro-Choice Missouri to make the city a “sanctuary” of abortion in the wake of Trump’s election, St. Louis Public Radio reported.

“You see these types of bills and they take different flavors — buffer zones, disclosure at pregnancy centers, referral for abortion at pregnancy centers,” he told the Review, which reported that similar bills have been proposed in Austin, Texas, and Baltimore, Maryland.

This is “not what our city should stand for; rather, St. Louis should be a sanctuary for life and compassion, especially compassion for mothers and their developing children,” he wrote.

“Rather than aiding and abetting the abortion industry, the archdiocese, through its various ministries and programs, will continue to extend both spiritual and material assistance to all those in need.”

That especially includes “the poor and those women facing crisis pregnancies who feel they have no one else to turn to for help — both during their pregnancies as well as after their child is born.”