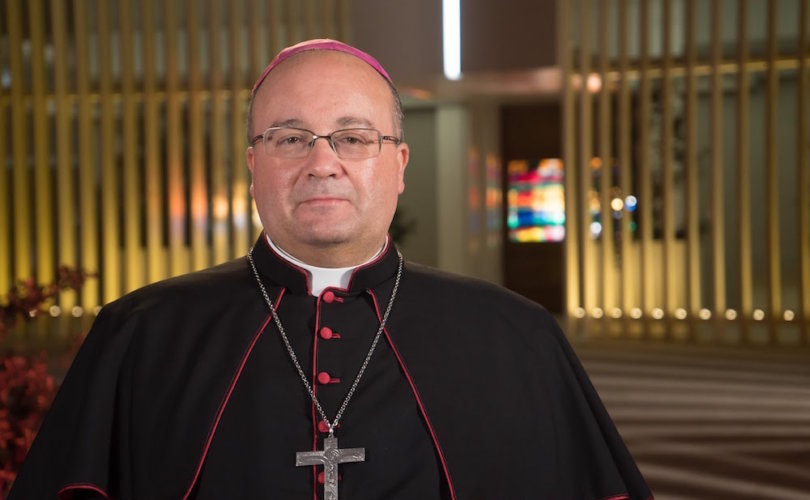 MALTA, July 17, 2018, (LifeSiteNews) – An archbishop who delivered a sobering homily on moral authority may have inadvertently pointed a finger at his own leadership.

“If your superior tells you to torture a prisoner you have the duty not to obey, because there are principles that are greater than the authority of your legitimate superior,” said Scicluna.

“And this principle is valid with regard to any law or order,” he continued. “One cannot only consider legitimacy in such cases but also one has to intelligently consider what is being asked of them and its consequence.”

One observer, borrowing from the Archbishop’s own words, tweeted, “If your superior tells you to support adultery you have the duty not to obey, because there are principles that are greater than the authority of your legitimate superior.”

“If your superior tells you to support adultery you have the duty not to obey, because there are principles that are greater than the authority of your legitimate superior”#AmorisLaetitia https://t.co/7vY4HY8iBN

Archbishop Charles Scicluna has left his own moral leadership open to criticism – if not rejection in favor of obedience to a higher authority – because of his sometimes sharp departure from magisterial teaching.

Last year, when Malta’s bishops broke away from perennial Catholic teaching by allowing couples living in habitual adultery to receive Holy Communion, priests and seminarians were under pressure to conform.

Scicluna’s own leadership inflicted upon clerics and the faithful of his diocese the same moral quandary he presented to the nation’s Police Corps.

The country’s bishops dismissed it, criticizing it as “propaganda.”

“The Archdiocese of Malta categorically states that, while respecting the right of freedom of expression of every person or any other entity, it is not in any way involved with the propaganda by the Maltese Catholics United for the Faith,” said the archdiocese on its website.

Archbishop Scicluna then defended gay civil unions as a “service to the dignity of these people,” lending his support to a homosexual group within his diocese that draped a rainbow flag over a Catholic altar as part of a prayer service to end “homophobia.”

Under Scicluna’s watch, Drachma LGBTI – a group which campaigns for the Catholic Church to accept homosexual “marriage,” sodomy, and adoption of children by same-sex couples – has been given a free pass to meet in Maltese Catholic parishes, retreat centers, and in the Catholic chapel of the country’s only university.

Scicluna has not only presided at a Eucharistic celebration put on by the group aimed at ending “homophobia,” but he has used the occasion of the group presenting him with a newly published pro-homosexual book titled “Our Children” as a photo-op which was published on the archdiocese’s website.

Under Scicluna’s leadership, the Catholic Church in Malta has strayed from authentic Catholic teaching, and his advice to the Maltese Police may in fact be sage advice for the faithful of his diocese.