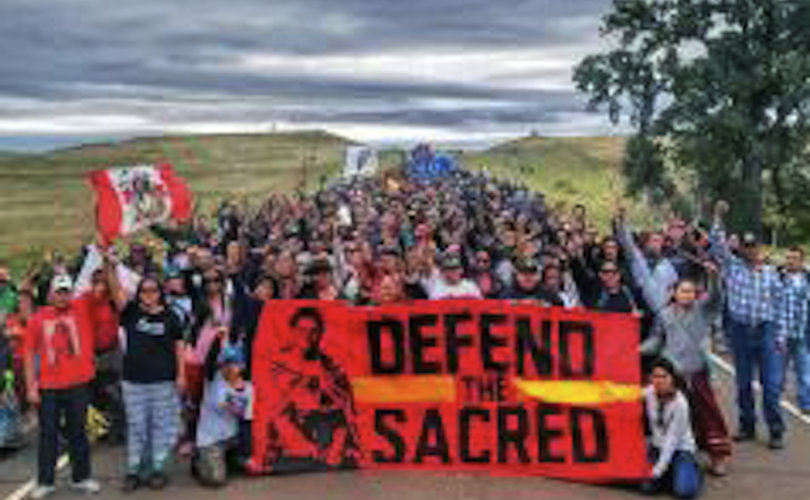 March 11, 2019 (LifeSiteNews) — The Archdiocese of Madrid, Spain, has called local Catholics to an ecological conversion during the period of fasting and penitence leading up to Easter.

Days before the beginning of Lent on Ash Wednesday – which this year fell on March 6 – Cardinal Carlos Osoro’s diocese published a Lenten “itinerary” offering thoughts and resolutions for each day in a self-proclaimed answer to Pope Francis’ environmental challenge in favor of the “common home.”

Among other things, it heavily promotes the United Nations’ SDGs (Sustainable Development Goals), which call for universal “sexual health” and redistribution of goods.

The 63-page PDF document published by the archdiocese’s Vicariate for Integral Human Development and Innovation is available online. It includes numerous quotes from the “ecological encyclical” Laudato si’ and other texts, mostly authored by Pope Francis.

The “itinerary” speaks of “contemplating the presence of God in the whole of creation” and with Pope Francis’ message for Lent 2019 it comes with an important reminder: “Sin” is the cause of all that is out of balance in creation, and in particular of “destructive attitudes towards our neighbor and all other creatures.” But the rest of the text and suggested resolutions do not become much more spiritual than that.

For Catholics, Lent is a time to remember that we shall all return to dust but that Christ, the only Son of God, laid down His life in atonement for our sins and for our salvation, making us capable of becoming children of the Father through baptism and of answering His redeeming grace in order to obtain eternal life with God in heaven.

Thus, Lent is a period of penance when we reflect on God’s redeeming mercy and our own malice, avoiding sin and giving up earthly goods and pleasures out of love for God and, through Him, of our neighbor, focusing on prayer and sacrifice and thereby proclaiming that God is the good above all goods.

“Ecological conversion,” on the other hand, is Earth-centered, with sacrifices, “fasts,” meditations and attitudes that are dictated in view of the supposed good of nature and the ecological variety of “social justice” whose objective is to save people from the effects of “global warming.” It in fact creates a whole new category of evil with its “sins against environment” while forgetting the development of the God-centered virtues of faith, hope and charity and the grave sins that lead men away from God.

For the six weeks of Lent and Holy Week, the Archdiocese of Madrid suggests that Catholics meditate and act on successive themes: “pollution and climate change,” “the water issue,” “loss of biodiversity,” “deterioration of the quality of human life and social degradation,” “the weakness of reactions” and “diversity of opinions.”

The last theme, coinciding with Holy Week, is spectacularly short on reflections on Christ’s most holy passion, instead promoting the 2030 Agenda of the United Nations. “Diversity of opinions” is only up to a point: readers are expected to realize that all religions can cooperate in diagnosing and fighting against the deterioration of the environment, but expressing doubts about the problem itself is off limits.

On Wednesday of Holy Week, together with an illustration of Dakota Indians demonstrating against a pipeline with a banner bearing the words: “Defend the Sacred,” the exhortation reads: “Thank God, there is still time for us to turn the situation around … as the people of God, if we are consistent; if we are not, it would have been better for us if we had not been born.”

That same viewpoint is at the heart of the document. Throughout the Archdiocese of Madrid’s Lenten itinerary, the main spiritual lecture offered to Catholics is Laudato si’ in order to change “thought, politics, education, lifestyle and spirituality” in the face of the new “technocratic paradigm.” This lofty ideal was invoked to incite Catholics on the Thursday of the first week of Lent to make these resolutions: avoid wasting energy, use public transport, buy “class A” electric appliances, use utility companies that guarantee their reliance on “clean and renewable energy.”

The next day, March 8, was International Women’s Day. Rather than focusing on the first Friday in Lent, the itinerary suggests “fasting for sister-Mother Earth” and “helping to reduce the culture of violence and domination over women and against the whole of Creation.” This blends in well with traditional pagan spirituality that equates the earth with femininity and the goddess of fertility.

How will the Catholics of Madrid avoid the contamination of rivers and seas by industries and keep riversides free from toxic offal? These are just some of the “commitments” suggested. More readily available to city dwellers are the promise to “inform oneself about existing campaigns and platforms against climate change” and to “recognize human impact on the acceleration of climate change,” which is mostly a way of beating one’s neighbors’ breast instead of one’s own.

But Catholics are also required to reduce their “hydraulic impact” by following official suggestions about the length of showers or collecting and reusing the water that runs while waiting for it to warm up. It comes almost as a surprise, seven days into Lent, to read about the necessity of daily prayer …

Here, “fasting” becomes “fasting from plastics” or from bottled water, or from “fake news” or from “prejudice.” Fasting on a Friday (April 12) becomes “avoiding all meat, especially red meat which pollutes most.” Catholics are expected to abstain from meat of any kind on Fridays in Lent, as a penance and obedience to the laws of the Church. But then how can one abstain “especially” from red meat?

Waste sorting becomes a good deed. Not buying small fish for consumption is the only moral obligation stated in capital letters in the whole text. Fighting against “social” or “global” inequality is a must, but perhaps less so. … However, this obligation is underscored by a long quotation from Zygmunt Bauman, a postmodernist Polish communist of the heterodox Marxist school.

Taking care of sacred places (on March 17) involves visiting a traditional place of devotion in the woods or near a lake or river … but also working to create new “sanctuaries,” “that we don’t consider to be sacred in religious terms but that are especially protected, like marine sanctuaries.”

In the same vein, Catholics are invited to pray for all those who work for the preservation of the environment, to pray beneath a tree and even to plant one. Conversely, they should “denounce any crime against the environment they know of.”

In Spain, a landing place for many African migrants – most often Islamic – the Lenten itinerary of Madrid also encourages Catholics to join networks welcoming immigrants while reflecting on the developed world’s responsibility regarding climate change and its obligation toward poor countries.

While this Lenten itinerary does promote generosity, frugality, respect for others and God’s creation, it does so by joining the global manipulation in favor of planetary social engineering through the relativization of the specific value of human life compared with “Mother Earth.” Christ and his Holy Cross are almost totally absent. How can this approach be Catholic?

New archbishops in Chicago and Madrid: Ratzingerians out, ‘inclusiveness’ in