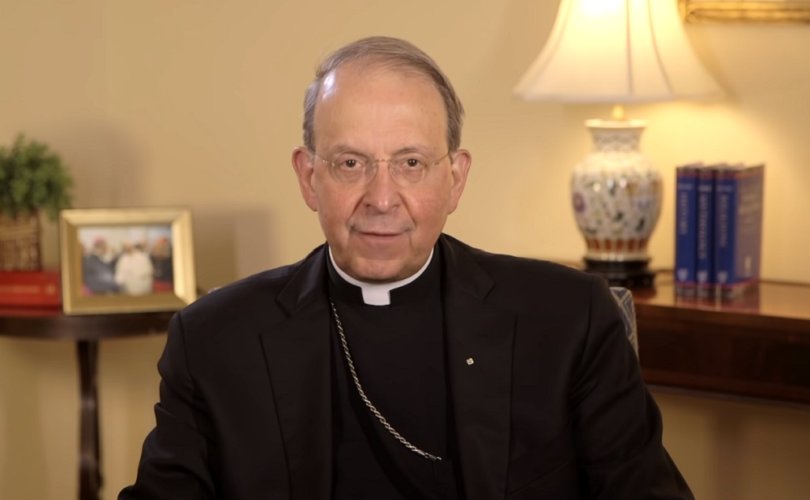 BALTIMORE, Maryland, July 2, 2020 (LifeSiteNews) — An archbishop has hired a “diversity and inclusion” consultant who is unabashedly pro-LGBT; supports the Marxist, pro-abortion, anti-family Black Lives Matter movement; and sees Republicans as evil to help him “grapple with racial tension” in a city that has long been plagued with racial unrest and violence.

Baltimore archbishop William E. Lori announced in a June 5 letter that he has hired Howard Ross, founder and president of the Udarta consulting firm in Washington, D.C., to help him “implement the recommendations outlined in his second pastoral reflection on racism, ‘The Journey to Racial Justice: Repentance, Healing and Action.’”

According to multiple online biographies, Ross has served on the Diversity Advisory Board of the LGBT Washington, D.C. lobbying powerhouse, the Human Rights Campaign (HRC), which frequently seeks to promote legislation and regulations diametrically opposed to Christian beliefs and defying natural law.

A review of Ross’s Facebook postings over the last month reveals support for political movements, organizations, and ideas that are antithetical to the Catholic Church and her teachings.

On the day before Archbishop Lori published his letter, Ross had posted a link to an article in the LGBT news outlet The Washington Blade headlined “Trump admin to Supreme Court: Let adoption agencies reject LGBTQ families,” which he captioned, “Yet another example that the Trump administration’s guiding principles are bigotry, cruelty, hatred and exclusion.”

The Trump Department of Justice had filed a brief saying the City of Philadelphia had “impermissibly discriminated against religious exercise” by requiring Catholic Social Services to adhere to the city’s demand requiring LGBT non-discrimination practices in child placement.

“Governmental action tainted by hostility to religion fails strict scrutiny almost by definition,” the brief asserts. “This court has never recognized even a legitimate governmental interest — much less a compelling one — that justifies hostility toward religion.”

And because the brief sought to protect religious liberty, and tangentially to look out for the best interests of children, Ross accused the Trump DOJ of “bigotry, cruelty, hatred and exclusion.”

Eight days later, when the Trump Department of Health rolled back Obama-era protections for transgender individuals by “returning to the government’s interpretation of sex discrimination according to the plain meaning of the word ‘sex’ as male or female and as determined by biology,” Ross again took to Facebook to deem the move “sick, demented, cruel and hateful.”

Ross inferred that those who accept the view that sex is determined solely by biology have abandoned their humanity.

A few days later, when the U.S. Supreme Court ruled in a 6-3 decision to redefine “sex”  in Title VII of the 1964 Civil Rights law, interpreting it to include sexual orientation and gender identity, ostensibly opening up churches to future litigation and posing a grave threat to religious liberty, Ross simply declared, “Hallelujah!”

Ross then asserted in another Facebook posting that he considers voting for Donald Trump in the upcoming election an act of violence against LGBT persons.

Ross has also displayed his support for Black Lives Matter (BLM), an organization that aggressively promotes abortion, homosexuality, and transgenderism and seeks to disrupt the nuclear family.

In its online manifesto titled “What We Believe,” the Black Lives Matter organizers say they and their followers “disrupt” the “Western-prescribed” family. They also say they have freed themselves from “heteronormative thinking” and demand “reproductive justice.”

“We deserve and thus we demand reproductive justice [i.e., abortion] that gives us autonomy over our bodies and our identities while ensuring that our children and families are supported, safe, and able to thrive.”

LifeSiteNews reached out to Archbishop Lori’s office to find out if the archdiocese was aware of Ross’s troubling support for the marxist BLM political movement and homosexuality and trangenderism, and his connection to HRC but received no reply by press time. LifeSiteNews has likewise sought comment from Howard Ross.