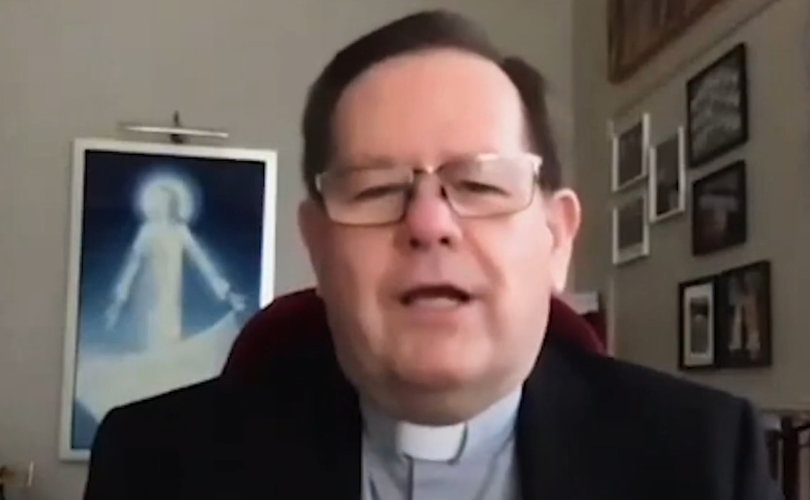 QUEBEC CITY (LifeSiteNews) — The Archdiocese of Quebec City announced that in light of the recent resurgence in COVID hysteria, all Christmas Masses are cancelled.

The archbishop of Quebec City, Cardinal Gérald C. Lacroix, announced Wednesday that as part of the “fight against” COVID-19, all public Masses starting from midnight December 23 to January 10 are canceled. According to the statement, the only exception will be for funerals.

“Given the seriousness of the health situation, in consultation with parish leaders and his team, the Archbishop of Quebec City has made the difficult decision to suspend collective celebrations on his territory, starting December 23 at midnight, until January 10, 2022 (with the exception of funerals),” wrote the archdiocese in the official announcement.

“I am aware that it will be very disappointing not to gather in church this year for Christmas and New Year’s Day celebrations, but I consider that it is our duty to participate in the collective effort to avoid the further spread of the coronavirus,” added Cardinal Lacroix.

While “personal visits” to churches will still remain an option for some, the government-mandated protocols, which now include requiring church-goers to show proof of vaccination to enter the building, will stay in effect.

In a section of the statement called “celebrate differently,” the archdiocese attempts to placate Catholics by stating that this can be a time to “celebrate the Nativity in the privacy of their homes” and allow time for “interiority” in their celebrations.

Lastly, the archdiocese reminds Catholics that while reception of the Eucharist during the Holy Sacrifice of Mass is prohibited, all are welcome to watch “Christmas Masses online.”

The decision to cancel Christmas Masses does not come from the government, but from the archdiocese itself. While Quebec has implemented a vaccine passport for entrance into churches, and has further restricted capacity limits, there has yet to be a decree from government mandating the closure of churches.

Lacroix’s decision seems at odds with at least one fellow Canadian bishop, Guy Desrochers of the Diocese of Pembroke in Ontario, who penned a letter on Monday rebuking the Quebec government for imposing vaccine mandates on its churches, let alone closing them altogether.

“Since the very beginning of the pandemic, our churches have scrupulously followed the multiple standards of the health authorities and have helped to prevent any spread of the virus in our congregations,” wrote Desrochers. “Now, it is as if the government suddenly had no confidence in the measures it has imposed on places of worship. We are treated more harshly than supermarkets and many other businesses, yet at one point we were recognised as ‘essential’ to the welfare of the public, particularly to the faithful.”

Although other religious traditions offer religious services as an additional way to express one’s faith, in Catholicism, under normal circumstances, attendance at Sunday Mass is an obligation under the pain of grave sin. Participating in Mass is considered central to the spiritual life of the faithful Catholic.

LifeSiteNews reached out for comment and was redirected to the already public rationale issued by the cardinal.