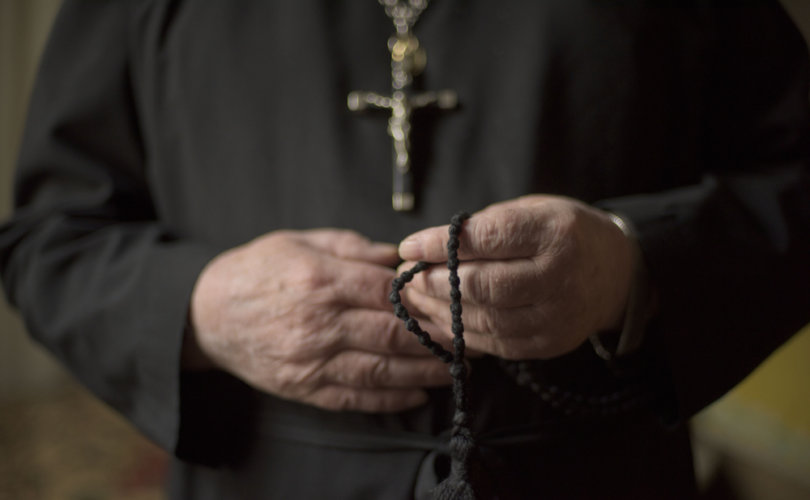 December 16, 2016 (LifeSiteNews) — The Atlantic bishops’ pastoral letter on euthanasia is an “appalling” document that realizes the “grotesque possibility” of Catholic pastors becoming “cheerful, ‘pastoral’ chaplains of the culture of death.”

So says R. R. Reno, editor of First Things, in one of numerous scathing denunciations published this week in reaction to the Atlantic Episcopal Assembly’s November 27 “Pastoral reflection on medical assistance in dying.”

Pope Francis’s emphasis and “signature phrases” paved the way for the guidelines in which, whatever the intentions of the ten bishops who signed it, their “failure to condemn suicide in plain terms is unmistakable,” observed Reno. Then he adds, wryly: “Suicide? Who am I to judge?”

Indeed, the bishops quote Pope Francis’ emphasis on pastoral accompaniment in his apostolic exhortation Evangelii Gaudium as guiding their approach, and Bishop Claude Champagne of Edmundston pointed to Amoris Laetitia as a significant influence, noting it affirms Catholic teaching while recognizing “there are people who are not yet there.”

“The worst aspect of this document, however, comes in the way the bishops tacitly sanction a grotesque misuse of the sacraments,” Reno wrote in his December 14 blogpost “Chaplains of death.”

Early in the document the bishops are “keen to stipulate that a person asking for a doctor to end his life is not to be judged culpable, but instead ‘accompanied’ as someone who is ‘suffering’,” he noted.

“The implication is straightforward, even if not explicitly stated: It is permissible, perhaps even desirable, for a priest to anoint a Catholic who is about to receive a deliberate, self-willed, death-dealing dose of medication.”

The same logic would “clear the way for the priest to provide final communion that helps ‘prepare’ a Catholic for suicide. The same, of course, goes for funeral rites,” wrote Reno.

“It’s ironic that this supposedly revolutionary pope should be such a reassuring champion of the therapeutic culture of the West,” he observed. “Shame on the bishops of Canada’s Maritime Provinces. Shame on this pontificate.”

But Reno was only one of a number of American commentators who lambasted the Atlantic bishops’ pastoral letter.

Rod Dreher, senior editor and blogger at the American Conservative, called it “a masterpiece of Francis-speak.”

The bishops’ referring to “medical aid in dying” as a “highly complex and intensely emotional issue” he decried as “weasel words.”

Dreher also blasted the bishops for implying that the Catechism’s teaching on suicide, which points out that “grave psychological disturbances, anguish, or grave fear of hardship, suffering, or torture can diminish the responsibility of the one committing suicide,” applies to voluntary euthanasia or assisted suicide.

“This is diabolical,” asserted Dreher, a former Methodist who converted to Catholicism, only to leave the Church in 2006 for Eastern Orthodoxy.

“They’re saying, ‘Yes, we know, the church says it’s wrong, but in certain instances, it can be right, because circumstances may ‘diminish the responsibility of the one committing suicide’.”

The Church’s teaching on suicide intends to “encourage hope for the soul of the suicide, that God may not hold him responsible for the great sin he has committed — a sin from which there can be no repentance,” Dreher writes. “It does not justify euthanasia.”

Canadian priest, columnist and Convivium magazine editor-in-chief Father Raymond De Souza pointed to the Atlantic bishops’ assertion: “To one and all we wish to say that the pastoral care of souls cannot be reduced to norms for the reception of the sacraments or the celebration of funeral rites.”

In an opinion piece in the Catholic Register, De Souza countered: “Of course pastoral care ‘cannot be reduced’ to the norms, but it certainly must include them.”

The Atlantic letter “is not an adequate response that would actually help priests do what their bishops are telling them that they should do,” he stated. “What priests need is some additional, practical help in making that determination.”

He contrasted the Atlantic document to the 34-page guidelines released by Alberta bishops in September, which help pastors work through “practical situations in which the sacraments would be proper and when they would not.”

The Atlantic bishops also quote the pope selectively in the letter, noted De Souza. “It encourages priests to imitate Pope Francis in the ‘art of accompaniment’ but says nothing of the Holy Father’s consistent and insistent condemnations of a ‘throwaway’ society,” he wrote.  “Offering the sick and disabled euthanasia and suicide is a clear example of just that.”

“Above all,” De Souza observed, “the Atlantic document suffers from an approach that would be unimaginable if it were applied to any other serious moral issue.”

Canon lawyer Ed Peters, an advisor to the Vatican and professor and Edmund Cdl. Szoka Chair at Detroit’s Sacred Heart Major Seminary, applauded Dreher’s critique, and highlighted “serious omissions” in the bishops’ treatment of the administration of sacraments prior to euthanasia.

In particular, he criticizes the bishops’ statements that Confession “is for the forgiveness of past sins, not the ones that have yet to be committed,” and that the Anointing of the Sick and Holy Communion could be licit means of “strengthening” a vulnerable person intending to be euthanized.

“For the validity, not to mention the efficacy, of the sacrament of Penance, one must have, at the time of confession, what is known as a firm purpose of amendment, that is, a resolve not to commit mortal sin again in the future,” he writes.

“For someone to go to confession, therefore, while harboring the intention to commit suicide voids the attempt at the sacrament; indeed, it renders such an attempt sacrilegious,” he continues, citing paragraph 2120 of the Catechism of the Catholic Church). “A ‘pastoral letter’ from bishops about the sacrament of Penance, written to and about Catholics preparing to kill themselves in accord with civil law, should teach this pastorally vital point.”

Regarding Holy Communion, he adds, “The reception of Holy Communion by one who is consciously preparing to kill himself is objectively gravely sinful, and—once again—a sacrilege.”

John Zmirak, senior editor of The Stream and author of the new Politically Incorrect Guide to Catholicism, commented that the letter “reads like some nasty parody of post-liberal Christianity.”

“In fact, it channels the speech of the villain John Wither in C.S. Lewis’s That Hideous Strength: a blizzard of cloying words and vaguely benevolent sentiments, within which hides a death sentence.”

Added Zmirak: “To be sure, these good bishops mention all the traditional Catholic teachings that absolutely forbid what they now plan to do. They bury these fatal objections to their deeply pagan proposal in a pile of saccharine prose about ‘pastorality’, ‘mercy’ and ‘accompanying the sinner.’ Call it the ‘Francis effect’.”

He warned earlier, wrote Zmirak, that “deeper issues were at stake” in the controversy in the Church over divorce, remarriage, and Holy Communion provoked by Amoris Laetitia.

“The previous church teaching went back to the apostles, had been proclaimed infallibly by the Council of Trent, and sternly reaffirmed by St. John Paul II. So rejecting it in the name of ‘mercy,’ ‘pastoral’ practice, or anything else would endanger the very authority structure of the church.”