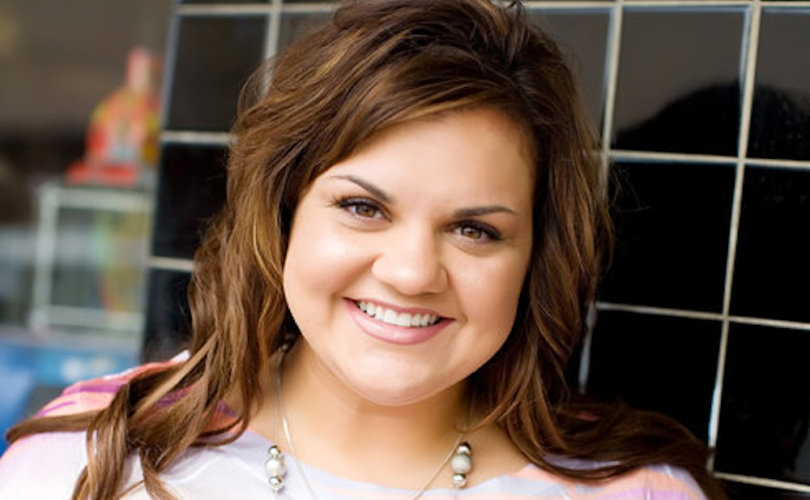 In the third and final presidential debate, Trump warned that under Clinton’s abortion policy “in the ninth month you can take the baby and rip the baby out of the womb of the mother just prior to the birth of the baby … and that’s not acceptable.”

Clinton responded by characterizing Trump’s remark as a “kind of scare rhetoric.”

But Johnson affirms Trump’s claim as a firsthand witness. She wrote a column in the Independent Journal Review, stating, “Yes, late-term abortions are legal in the U.S. and do take place through the entire third trimester, including through the ninth month of pregnancy.”

Furthermore, Johnson exposes the lie of candidate Hillary Clinton, who defends late-term abortion as only done in cases of terminal diagnoses, either of the mother or the baby.

Johnson reveals the truth that “a late-term abortion can be provided for any reason as long as the abortionist checks a box on her chart stating it was affecting her ‘life or health.’ No documentation of proof is required.”

Then Johnson recalls her own painful experience referring women for third trimester abortions. “We often referred women to late-term abortionists who were pregnant with healthy babies, but they wanted the abortion because they had either just broken up with the baby’s father, lost their job, or something similar.”

Dr. Donna Harrison, executive director for the American Association of ProLife Obstetricians and Gynecologists, explained to LifeSiteNews, “There is never a medical reason to intentionally destroy an unborn child in the third trimester to save a woman’s life. Any obstetrician can deliver a woman safely and quickly by C-section and maximize the chances that the baby will be born alive.”

In fact, after viability, Center for Disease Control statistics show an abortion is more dangerous than giving birth. “After 20 weeks of pregnancy, an elective abortion is more likely to kill the mother than if the mother gives birth, according to published data by the CDC,” Dr. Harrison states.

At its peak year, 30,000 late-term abortions occurred in the U.S., according to the Center for Disease Control. More recently, the CDC reported 1.3 percent of annual abortions — 13,000 viable babies — were late term.

Johnson says that number is minimal. “According to the latest Guttmacher data, about 18,000 third trimester abortions are performed every year. … Research from the CDC corroborates those numbers.”

Precise number are unknown, not just because abortion is a cash-only business, but because the industry has a long history of under-reporting, and some states, such as  California, don’t divulge its abortion numbers to the CDC.

“The American Association of ProLife Obstetricians and Gynecologists endorses the Dublin Declaration on maternal health which states that elective abortion is not necessary to give optimum care to a woman, and has no place in the practice of medicine,” Dr. Harrison stated.

The Dublin Declaration, signed by 900 medical professionals and unveiled at the International Symposium on Maternal Healthcare, states: “As experienced practitioners and researchers in obstetrics and gynecology, we affirm that direct abortion – the purposeful destruction of the unborn child – is not medically necessary to save the life of a woman. … We confirm that the prohibition of abortion does not affect, in any way, the availability of optimal care to pregnant women.”

Explaining further why “elective abortion … has no place in the practice of medicine,” Dr. Harrison emphasized, “This is especially true in the third trimester because the child can live on its own after being separated from the mother. There is no reason to intentionally destroy that child.”

Johnson points out that the Partial-Birth Abortion Ban, signed by President George W. Bush in 2003, did not stop late-term abortion in the United States. She explains that abortionists “have devised an alternative method — and believe it or not, it’s more dangerous for the woman.”

The former abortion clinic director then explains a late-term surgical abortion method using misoprostol, digoxin, and other chemicals to kill the baby and prepare the mother’s cervix for the birth of a large, dead baby. The late-term procedure takes three days, during which “the mother may feel her child struggling to die in her womb.”

“As many obstetricians have noted, a late-term abortion is never necessary to save the life of the mother,” Johnson noted. “At times, a medical induction may be necessary, but never an abortion. During a medical induction, the baby is delivered early and given life-saving care after delivery instead of being aborted and killed before delivery.”

“Do elective abortions take place through the ninth month of pregnancy? The unfortunate and horrifying answer is yes,” Johnson concluded. “We must work to end these barbaric practices and truly care for mothers and their children.”