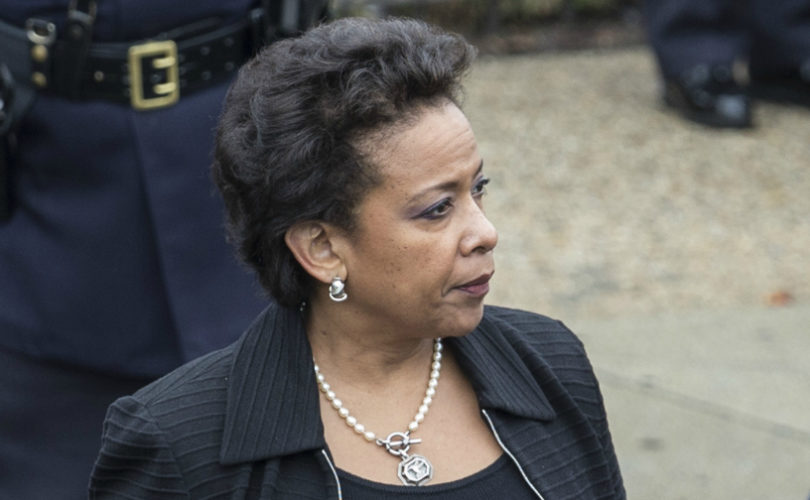 WASHINGTON, D.C., April 22, 2015 (LifeSiteNews.com) – If you're confused about the Senate deal to vote on Loretta Lynch in exchange for a change in the human trafficking bill, you're not the only one. Here's what's happening.

Barack Obama nominated Loretta Lynch to replace Attorney General Eric Holder. Both Holder and Lynch are pro-abortion stalwarts. Lynch opposed a federal ban on partial birth abortion. In 2006, she signed an amicus brief about the U.S. Supreme Court case on the law, Carhart v. Gonzales, saying that the term “living fetus” is too vague to be enforceable.

At the same time as her nomination was pending, the Senate was considering a routine bill to help victims of human trafficking, most of them women sold into sexual slavery. The chamber's Republicans wanted to extend the Hyde Amendment to the bill. The Hyde Amendment, which became law under President Jimmy Carter, prohibits the use of federal money for abortion except in the case of rape or incest – and since nearly all women who would avail themselves of the funds were sex slaves, it would affect very few cases.

However, the bill for the first time applied, not to federal expenditures, but to a pool of money collected from the sexual predators themselves. That is, the Republican senators were restricting a new source of funding from financing abortion.

Senate Democrats would have none of it, holding up the bill until the language was removed.

The media, naturally, accused Republicans of obstructionism. Since GOP leadership is taking pains to shed the media's image as the “party of no,” it hoped for a resolution.

During the back-and-forth, Barack Obama said the situation was “embarrassing” for Republicans, and Jeb Bush said the president deserved to have the nominee he wanted – even one who favors quasi-infanticide.

Under the terms of a compromise hammered out this week, McConnell will hold a vote on Lynch. In exchange, abortion funding for human trafficking victims will be provided – not by the donor fund – but from federal dollars that are subject to the Hyde Amendment.

Thus, pro-life protections designed to keep U.S. taxpayers from underwriting abortion will not be extended to a new pot of money. But a pro-abortion activist will have her vote before the Senate – a vote she is all but assured to win.