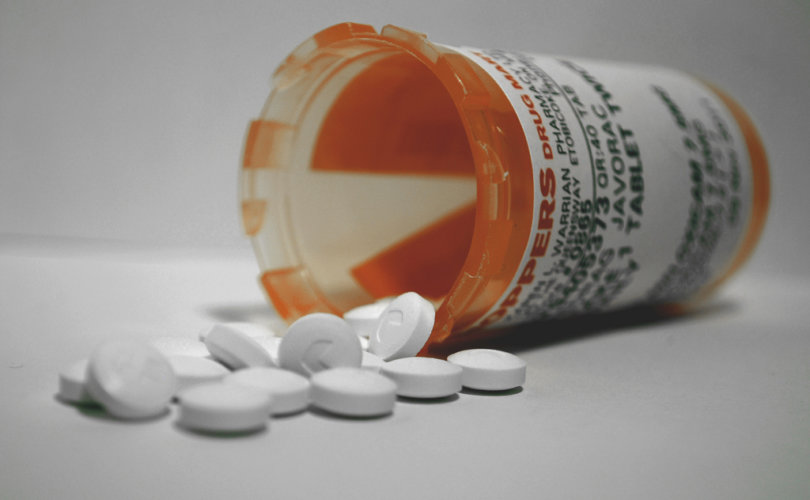 BUENOS AIRES, December 10, 2019 (LifeSiteNews) — An Argentinian court has ordered that the abortion drug misoprostol temporarily cease being sold over the counter in pharmacies after two pro-life groups made the case that the drug poses a “serious, real, concrete and current threat to public health.”

The Dec. 5 suspension came as a result of a ruling against Argentina’s national health entity by a judge at the request of two pro-life civic groups. The nonprofit Association for the Promotion of Civil Rights (Prodeci) and the Portal de Belén charity brought a complaint against Argentina’s National Administration of Medicines, Food and Medical Technology (ANMAT), arguing that misoprostol is dangerous for women and unborn children.

In a statement, Belén declared that “abortion is an unjust act, which threatens the lives of women and children.”

The drug was authorized for use in the South American republic in October 2018.

While misoprostol was originally created to treat gastric ulcers, ANMAT authorized its sale by pharmacies for abortion by prescription in October 2018. Like other prostaglandins, the drug produces the expulsion of the unborn child from the mother’s womb. It has been known to cause uterine rupture occasionally.

Misoprostol 200 is manufactured by Laboratorios Dominguez in Buenos Aires. When it was approved in Argentina, it was to be used “only in hospitals with access to intensive care and emergency surgery,” noted the judge.

In its argument before the court, Portal de Belén defended the right to life for both women and unborn children: “We maintain the need to articulate measures aimed at the satisfaction of these rights and not at the institutionalization of their impairment.”

According to the documents submitted by the two civic groups, the “change in the condition of sale is unfounded, unjustified and manifestly illegitimate because it constitutes a serious, real, concrete and current threat to public health (a protected legal good) by allowing the medication to be administered without the indispensable intervention of a certified doctor and outside the scope of hospital establishments, which does not guarantee adequate patient assistance in case of complications during treatment.”

Portal de Belén argued that using “Misop 200 improperly, both in the doses and with the recommended indications, may be harmful to fetal and maternal health.”

According to the group, suspending the sale of the drug will promote “the effective care of women and children, which we celebrate because it also limits the illegal action of associations that facilitate and assist clandestine abortions with the use of the drug now suspended.”

Portal de Belén is a nonprofit Christian charity that aids vulnerable and impoverished women and children, providing counseling, housing, and other assistance.

Judge Cecilia Gilardi de Negre stressed in her ruling that “precautions and warnings” found on the misoprostol information leaflet state that the drug “should be used following a strict observation of the recommended dose and regimen.” It also notes the potential harm to both mothers and unborn babies.

Prodeci released a statement saying the Argentine Ministry of Health had allowed the sale of misoprostol in pharmacies “without considering the precautions provided in a previous provision” made by that very ministry, which cautioned that misoprostol should be administered under a doctor’s care.

“This, since the new condition of sale allows the product to be applied without the necessary medical supervision and, what is more serious, outside an area that ensures the prompt attention of emergency situations that, according to the same prospectus, the application of the medicine could generate,” said Prodeci’s statement.

The group also declared that it was “striking” that the announcement allowing the sale of misoprostol in pharmacies was “issued just three months after its previous resolution, without any scientific study or evidence of any kind justifying such variation in the approved sales method, to allow the sale in pharmacies of a product that was reserved exclusively for hospital use.”

Abortion proponents in Argentina reacted to the news, claiming that the pro-lifers merely want to drive up clandestine abortions, while stating that the World Health Organization (WHO), the Latin American Federation of Obstetrics and Gynecology Societies (FLASOG), and the Society of Obstetrics and Gynecology of Buenos Aires (SOGIBA) all recommend the outpatient use of misoprostol.

Abortion in Argentina, when understood as induced, is considered a crime. However, doctors, surgeons, midwives, and pharmacists who induce or cooperate in abortion are seldom charged, if ever. Abortion can be performed legally to preserve the life or health of the mother and if the pregnancy results from rape or an attempt against a mentally handicapped woman or girl. Abortion is widely available in the country.

Newly inaugurated president Alberto Fernández has vowed to sign legislation as soon as possible that would allow abortion under almost all circumstances.

In addition to suspending the sale of misoprostol in pharmacies, the two groups also demanded the abolition of the Argentine government’s Protocol for the Comprehensive Care of Persons Entitled to Legal Termination of Pregnancy as formulated by the Ministry of Health and as established in article 86 of the country’s Penal Code. The judge refused to issue an order abolishing the abortion protocol.