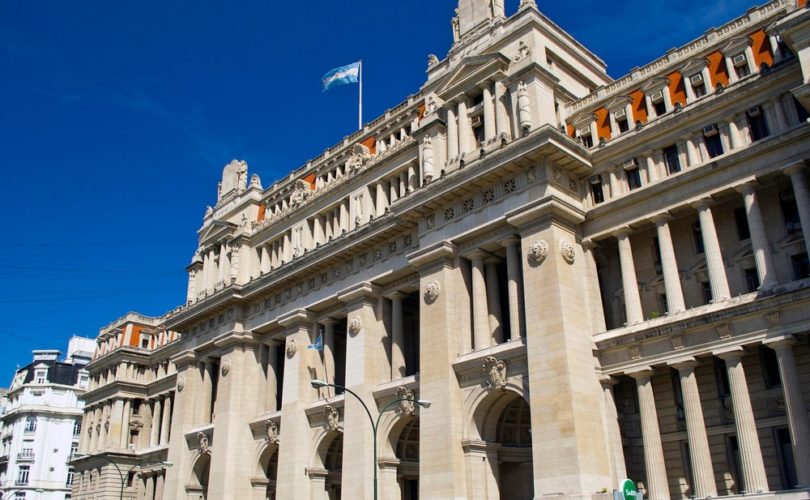 BUENOS AIRES, July 17, 2015 (LifeSiteNews) – Argentina's Supreme Court of Justice has recently passed a ruling that allowed for a man, Marcelo Diez, who had been in a comatose state for the past 21 years due to a traffic accident, to be denied nourishment and left to die from starvation and dehydration.

Current law in Argentina allows a patient to reject medical treatment in cases of a terminal disease, but euthanasia is still illegal. In cases in which patients are unable to express their consent, close relatives can make the decision for them.

Diez's parents died three years ago. After their deaths, his two sisters started asking for “justice” for their brother, requesting from several authorities the permission to starve him. After several failed attempts, the case reached Argentina's Supreme Court of Justice.

In 2011, a judge in the city of Neuquén, where Diez lived, denied the sisters' requests, arguing that Diez's body did not exhibit “the deterioration of someone who will directly die a natural death.”

Msr. Virginio Bressanelli, Neuquén's bishop, visited the patient regularly and had asked his sisters to leave Diez to his care.

“He is sensible to shows of affection, his face lights up when he listens to music; he gives visible signs of dislike or tiredness when he doesn't like something,” said Bressanelli in a petition started on CitizenGo to ask the Court not to starve Diez.

According to the bishop, “sometimes he will gently squeeze the hand of who is holding him[.] … [H]is responses seem not to be external reflexes, but at moments, willful acts.”

“Marcelo does not live thanks to extraordinary measures but thanks to ordinary ones like eating and drinking,” read the petition. “To stop feeding and hydrating him would be like letting him die of thirst and hunger.”

Over a thousand people signed the petition to no avail.

“The law allows the termination of artificial hydration and feeding as they themselves constitute a form of medical treatment,” read the Supreme Court's ruling.

“The request to cease vital support does not imply a practice of euthanasia,” it continued, “but constitutes a therapeutic abstention that is allowed [by law].”

The Supreme Court's ruling came on Tuesday last week. Five hours later, Diez was declared dead of “natural causes.” The report said he died of pneumonia, which he had recently contracted.

Commenters on local news articles were skeptical about his death.

Bishop Bressanelli thanked God for Diez's timely death, reported La Mañana Neuquén.  Had the ruling been put in practice, it would have been “euthanasia by omission,” said the bishop.

The prelate also expressed his concern for the precedent this ruling might set. “Even if it is now hollow from the practical point of view, it will surely have legal consequences.”