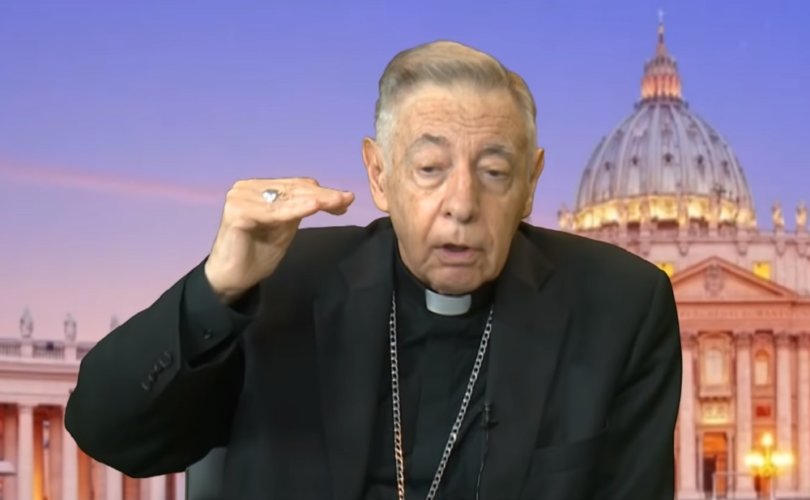 BUENOS AIRES, February 3, 2020 (LifeSiteNews) — A bishop wrote that politicians favor legalized abortion because they believe that Pope Francis is as morally relativistic as they are.

Retired bishop Héctor Aguer, who has long defended the right to life, denounced the current Peronist government of Argentina because of its initiative to decriminalize the practice of abortion. In a column, Bishop Aguer said liberalizing abortion law and regulations “will lead to greater misfortunes than those already suffered by Argentine society.” He warned: “It would be another step toward the abyss of the degradation of the national community, the triumph of materialism and selfish individualism that would deprive our people of the future they deserve.”

Noting that Argentine president Alberto Fernández is a well known supporter of legalized abortion, Bishop Aguer wrote: “Our politicians are morally relativistic, and they must think the pope is, too.”

Referring to Eduardo Valdes — a personal acquaintance of Pope Francis who served as Argentine ambassador to the Holy See during the previous Peronist government — Bishop Aguer wrote that Valdes has claimed that the pontiff would “understand” Argentina’s liberalization of abortion because “that is the way the world is going.” Indeed, the bishop pointed out that Fernández announced on the eve of his meeting on Friday with the pontiff that abortion would not be discussed.

Aguer expressed astonishment that abortion was not an item of discussion by the two leaders. He wrote: “The abominable crime — that is what the Second Vatican Council called abortion — is not an important issue compared to those of poverty, hunger, and national debt? Has it been like this? We have no chance of knowing, but can we not think the pope would be very sorry that his country of origin joins those who have already included in their legislation the permission to kill unpunished children with impunity?”

When a Vatican statement claimed that Pope Francis and the president had discussed abortion, according to La Nación, Fernández emailed the pontiff and demanded an explanation. Francis replied, “I will have it corrected,” in reference to the official Vatican version of their meeting. The Vatican communiqué had declared that the two had discussed issues relating to poverty and corruption, as well as “protecting life from the moment of conception.” Following the email exchange between the two leaders, an unusual admission came from the Vatican, which claimed that it was Cardinal Pietro Parolin — the pope’s top diplomat — who had reminded Fernández of the Church’s teaching about life issues.

Also, Bishop Aguer did not fail to note in his reflection that President Fernández attended a Mass celebrated by Archbishop Marcelo Sánchez Sorondo at the tomb of St. Peter in the catacombs beneath the basilica dedicated to the first pope. The twice-divorced Fernández received the Eucharist there, as did Fabiola Sánchez, the woman he lives with at the official presidential residence.

Bishop Aguer wrote that Argentina’s minister of health, Dr. Ginés González García, promotes “abortion as a solution to a public health problem, as if pregnancy were a disease.” The bishop wrote that if González were to focus on reforming Argentina’s “ill favored health system,” he “would not have time to schedule the illegitimate and immoral liquidation of unborn children.”

The bishop noted that President Fernández, while serving as chief of President Cristina Kirchner’s Cabinet in 2018, had erroneously cited St. Thomas Aquinas to argue in favor of abortion. Aguer wrote that Aquinas affirmed that it is immoral to kill an unborn baby at any stage of development, and embryology has since reaffirmed the humanity of unborn humans from the moment of conception.

Aguer wrote: “I insist: the main anti-abortion argument is strictly scientific. Genetic studies developed during the twentieth century, especially those of Jérôme Lejeune, show that the microscopic embryo has different DNA from that of his parents.” Therefore, the bishop wrote, an unborn person “must be recognized as what he is, and his right to life protected — to grow, to be born, and to see the sunlight.”

Pointing out that abortion has been a hallmark of “totalitarian and imperialist regimes” to stem population growth in poor countries, the bishop said that leftists cannot understand that poor women “do not want to part with their child, even when it has been conceived against their will.” These women, he wrote, “possess the meaning of life, of the natural order, which is despised by the comfortable societies of a dehumanized West.” Argentine politicians, he wrote, “ignore or repudiate the metaphysical concept of nature” and thus “cannot comprehend the reality that it designates, and the natural order that follows from it.”

Aguer became a bishop in 1992. He was one of the most outspoken bishops opposed to Argentina’s move towards recognizing same-sex unions as “marriage,” while he consistently upheld Catholic teachings about contraception. In Argentine media, he was largely characterized as the conservative counterpart of Pope Francis, who accepted his offer of resignation in 2018 at the age of 75.