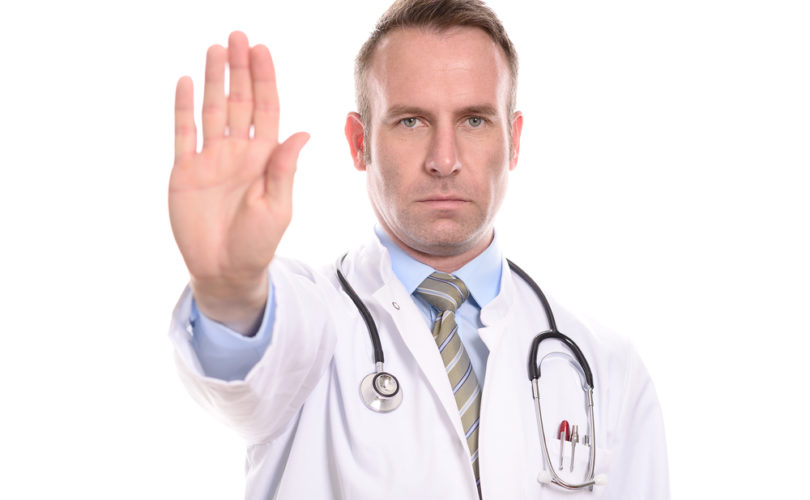 Hundreds of pro-life Argentinian doctors have taken to the streets to witness against the evil of abortion in the run-up to the Senate’s vote on a bill that would legalize the procedure.

If passed into law, the measure will endanger the lives of all unborn children up to 14 weeks’ gestation. In addition, it will allow for the killing of disabled children, children who were conceived in rape, and children who endanger the life of their mothers, either physically or psychologically, until birth. Currently, it is legal abort babies conceived in rape or who present a physical threat to their mother’s health, but only up to 14 weeks’ gestation.

Writing for the Associated Press, journalist Almudena Calatrava reported that some of the pro-life doctors have carried “fetus-shaped dolls” and signs saying “I’m a doctor, not a murderer.” At a recent protest, she wrote, “they laid white medical coats on the ground outside the presidential palace.”

These doctors represent only a tiny number of pro-life demonstrators in Argentina. During a nationwide pro-life rally in March, 50,000 people marched for life in capital city Buenos Aires. Crowds of up to 20,000 gathered in other towns. One participant tweeted that there were “literally millions (of pro-life marchers) throughout the country.”

Medical associations in Pope Francis’ homeland are divided on the abortion issue. The Argentina Medical Association wants legalized abortion, purportedly to discourage women from seeking illegal abortions. Argentina’s National Academy of Medicine, however, believes in the right to life of the unborn child and the right of medical personnel to refuse to commit abortions.

In a 2011 statement, the Academia Nacional de Medicina (ANM) asserted, “Nothing good come from society when death is chosen as a solution.” It also underscored its support of professionals who refuse, for ethical or religious reasons, to end unborn human life.

The ethical society’s then-president, Juan M. Ghirlanda, who signed the document, stated that Argentina’s public health system needs proposals that protect both the life of a pregnant woman and the life of her unborn child. Legalizing abortions and forcing doctors to perform them are not acceptable solution to the nation’s increasing numbers of back-alley abortions.

“The ANM considers that the unborn child, scientifically and biologically, is a human being whose existence begins at the moment of conception,” the document asserted.

It also cited the Hippocratic Oath, which Argentinian doctors pledge. In the original Oath, doctors vowed, “I will use treatment to help the sick according to my ability and judgment, but never with a view to injury and wrong-doing. Neither will I administer a poison to anybody when asked to do so, nor will I suggest such a course. Similarly, I will not give to a woman a pessary to cause abortion.”

The ANM document concluded, “Medical thought based on Hippocratic ethics has defended human life as an inalienable right from conception, so the National Academy of Medicine calls on all doctors in the country to maintain fidelity to (that which) they undertook under oath. “

In addition, Argentina’s Federation of Gynecology and Obstetrics Societies has complained that it wasn’t consulted on the bill, and that doctors who refuse to commit abortions will be penalized. Conscientious objectors would have to register and therefore be blacklisted by hospitals interested in hiring only potential abortionists.

Another worry is the bill’s demand that a baby be aborted within five days of his or her mother’s request. Gynecologists state that this could lead to prosecution of doctors who don’t want to perform the abortion on grounds of the mother’s safety, or when it is impossible to find a willing physician that quickly.

Finally, there is the specter of rampant late-term abortions, and abortions performed merely because the mother finds her pregnancy stressful or embarrassing.

Ernesto Beruti, chief of Obstetrics at Austral University Hospital in Buenos Aires, told Calatrava that he was willing to go to jail rather than commit abortion.

“Even if the law is passed, I’m not going to eliminate the life of a human being,” he said. “The most important right is the right to live.”