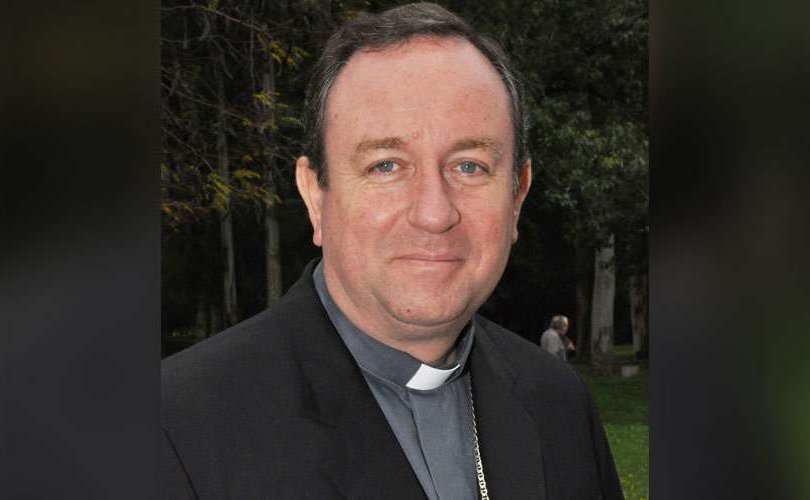 ORÁN, Argentina, November 21, 2019 (LifeSiteNews) ― A prosecutor in Argentina has asked for international assistance in apprehending suspected sex offender Bishop Gustavo Zanchetta, who is believed to be residing in the Casa Santa Marta, the modern hotel in Rome in which Pope Francis also lives.

María Soledad Filtrín Cuezzo is the prosecutor of sexual crimes for the northwestern Argentine city of San Ramón de la Nueva Orán. She has resorted to asking for foreign help because Zanchetta has not responded to telephone calls or emails sent to the number and address provided by his defense team. The bishop emeritus of the diocese of Nueva Orán, Zanchetta has been charged with the sexual assault of two seminiarians.

Named bishop of the diocese of Nueva Orán in July 2013 by Pope Francis, Zanchetta resigned in August 2017 citing health reasons. However, in December 2017, Pope Francis appointed the retired bishop the “Assessor” to the Administration of the Apostolic See. Catholic News Agency reported that this was “a position specially created” for Zanchetta.

In January 2019, the Vatican Press Office revealed that accusations of sexual misconduct had been made against Zanchetta over recent months. Pope Francis told media in May that the bishop emeritus was being investigated by the Congregation for the Doctrine of the Faith. His canonical trial began that month.

The Vatican insisted that it didn’t know until 2018 that allegations of sexual misconduct had been made against him. However, warnings of Zanchetta’s “strange behavior” were first made in 2015 when photos of young men engaging in homosexual sex and “naked selfies” of Zanchetta were found on the bishop’s cell phone.

According to El Tribuno, Chancellor Secretory Luis Amancio Díaz discovered the pictures after Zanchetta asked him to copy a folder of photos from the phone in order to post several of them on the diocesan Facebook page. This incident was reported indirectly to the Vatican by the former vicar general of the diocese of Nueva Orán, Fr. Juan José Manzano.

“It was an alarm that we made to the Holy See via some friendly bishops,” he said.

“The nunciature didn’t intervene directly, but the Holy Father summoned Zanchetta and he justified himself saying that his cellphone had been hacked, and that there were people who were out to damage the image of the Pope.”

Fr. Juan José Manzano told the Associated Press that Zanchetta was like “a spiritual child of the Holy Father.”

El Tribuno also reported that a total of three priests, including two vicar generals and one episcopal vicar, had complained multiple times of “economic mismanagement, abuse of power, and sexual abuse of seminarians.”

A civil investigation into Zanchetta’s conduct began in February 2019. On June 10, Zanchetta was formally charged with sexual assault by civil authorities in Nueva Orán, and he was forbidden to leave Argentina. However, on August 28, despite the protests of prosecutor Cuezzo, his travel ban was lifted and he flew to Rome. Zanchetta had been allowed to leave Argentina because he had a document saying he had a position in Vatican City. In reality, Zanchetto had been suspended from his job since January.

According to CNA, Cuezzo said she had had to ask the apostolic nuncio to Argentina for help in getting Zanchetta to appear in court for his hearings.