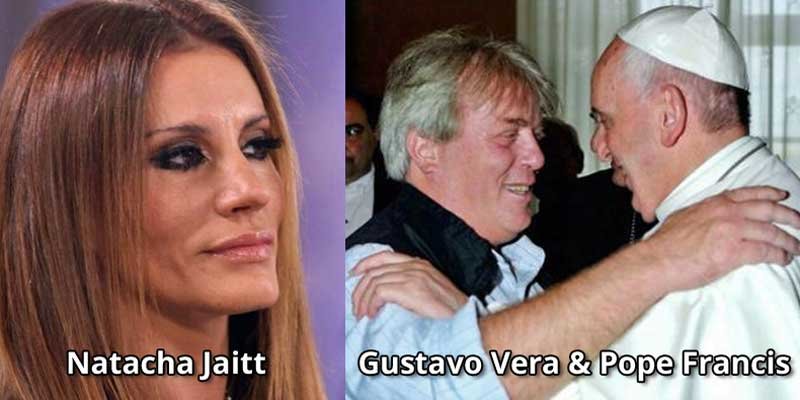 BUENOS AIRES, February 23, 2019 (LifeSiteNews) — Natacha Jaitt, an Argentine media celebrity who had accused Gustavo Vera, a friend of Pope Francis, of sex crimes, was found dead during the pre-dawn hours on Saturday at a resort near Buenos Aires.

Jaitt tweeted in October that Vera was Pope Francis’ “accomplice.” She wrote: “Justo Gustavo Vera, is a pimp, sex-trafficker, and accomplice of the Pope and, as I predicted, was tried for misappropriation of funds at Alameda and other illegal acts. God will do what is just, someday. Amen.”

Police arrived at the Xanadu event complex near the capital of Argentina, where Jaitt was found unresponsive in bed. After her death was confirmed, police began investigating. A coroner determined on Saturday that Jaitt died of multi-organ failure; her body showed no signs of violence. She was a widow and mother of two children.

Argentine media is following the case closely, given Jaitt’s record of controversy, which included work in prostitution, pornography, and television. Her credibility has often been questioned. Controversy has swirled around Jaitt, ever since she made startling claims about Pope Francis and his friend, Gustavo Vera — a former Peronist politician who operates the nonprofit Alamada human rights organization.

Vera has attended various conferences at the Vatican, including one that dealt with child sex trafficking.

Despite making claims against Vera and Pope Francis, Jaitt could not offer any proof during an appearance on the popular “Lunch with Mirtha Legrand” talk-show in April 2018. She accused Vera, who was frequently photographed with Pope Francis while he was still Archbishop Jorge Bergoglio, of involvement in a child sex-trafficking ring operating in junior division soccer clubs in the South American republic. Jaitt told a guest “[Vera] is also a pedophile. It is a case that they had me investigate; he managed brothels, and hung out with prostitutes.”

Jaitt clashed with the other guests on the talk show, two of whom were journalists, who disputed her claims. Mercedes Ninci, a journalist who said she is Vera’s friend, denied Jait’s accusation and said that Vera’s conduct is “impeccable” and that he has worked for years with his nonprofit Alameda to stop sex trafficking.  Jaitt claimed that she investigated child sex trafficking and found evidence of impoverished boys being forced to commit sex acts by soccer club officials in exchange for cleats and uniforms.

Last year, after her appearance on Mirtha Legrand’s talk show and the resulting controversy over her accusations against Vera, Jaitt tweeted, “Notice: I will not commit suicide. I won’t be bought off or drown in a bath tub, nor will I shoot myself in the head. So, if that happens: I wasn’t me. Save this tweet.”

Ninci, a journalist, challenged Jaitt’s credibility and said, “People know who Natacha Jaitt is and who I am. People know what my work is but don’t know what her work is.” Jaitt replied, “I’m a prostitute. Do you have a problem with that?” adding, “You are a disaster and an imposter. Keep looking in the trash!” Jaitt then accused Pope Francis of having “saved” a clergyman from accusations of pedophilia and sending him to manage a shelter for disadvantaged boys “who can’t make complaints.”

Pope Francis didn’t just cover up for McCarrick. It’s worse than that.