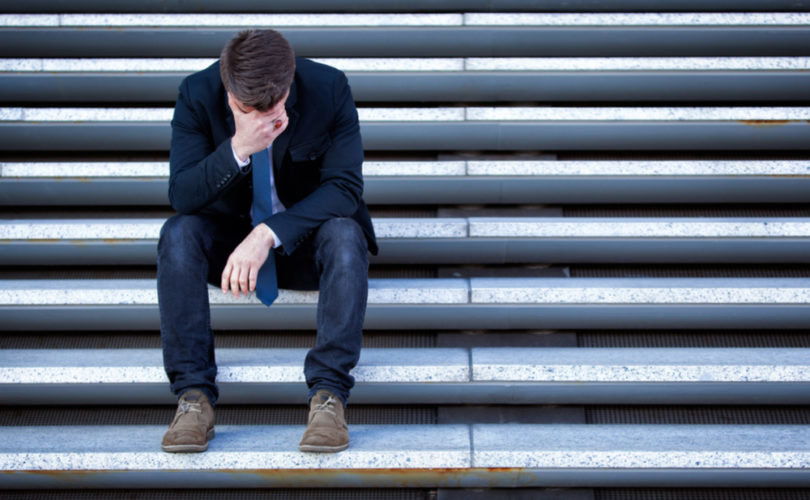 SAN JUAN, Argentina, April 27, 2021 (LifeSiteNews) — Franco Spadding, a young man from San Juan, Argentina, is pleading for the life of his unborn baby in the Argentinian courts after his wife decided to ask for a legal abortion. The couple separated over the decision. The woman is over 12 weeks pregnant and has refused to keep her baby until it is born, although her child’s father is willing to take care of the baby right after birth, letting the mother “get on with her life.” It is not clear at the time of writing whether the abortion has taken place or not.

On Sunday, a “massive march” took place in San Juan in support of the father. Eduardo Cáceres, a deputy to the National Assembly of Argentina, joined the march for Spadding’s rights, asking for the adoption of a current draft law he authored that would “seek equality between men and women and put an end to the wars of the sexes.”

The “Ley Alejo,” as it is called, calls “sexual violence” any attack on a man’s right to decide about his “sexual or reproductive life,” for instance by preventing him through abortion from being a father. The same would go for a woman obtaining the implantation of an embryo without her partner’s consent. The draft law has the support of over 50 NGOs and underscores that there are many complaints of men reporting violent acts on the part of their female partner. One of its motivations is that men are often accused of sexual abuse of their children in divorce cases, but that a study has revealed that in two cases out of three, the claims are false.

The Argentinian press has widely commented on the court proceedings of Franco Spadding, characterizing them as a test case for the rights for the “thousands and thousands” of men who don’t have their say when their partner opts for an abortion, which is free and legal on the sole demand of the woman in the country since the beginning of 2021, up to 14 weeks of gestation — with doctors being obliged to perform the act within 10 days of the request, or refer the woman to a non-objecting colleague. Any attempt on the part of the doctor to delay or hinder a legal abortion is a penal offense and can cause the offender to lose his medical license.

Spadding made headlines last Wednesday when he filed an emergency request in a tribunal for family affairs asking the judge to order the suspension of the planned abortion. He told local media that he was aware that Law 27,610 on Access to the Voluntary Interruption of Pregnancy (IVE) is in force throughout the country and protects women’s “right to decide,” but insisted: “I know about the rights of my former partner, but I only ask her to have it [the baby] and give it to me.”

“I am doing my utmost to defend the life of my child … I am not going to let him lack anything,” he added, remarking that the pregnancy is 12 weeks along and time was running out to receive an official answer.

He also stated: “I simply want Justice to understand that my son and I are also persons and we have rights. It is a very difficult fight; the days go by and we are running out of time.” He explained that he and his ex-partner had “lost the capacity to have a dialogue” over the case because they “think differently.”

In a televised interview published on Sunday by Canal 8 San Juan, Spadding explained that when their pregnancy test turned positive, his partner was at first apparently very glad and followed the usual health exams and ultrasounds, in which Franco took part. But she was also worried about their financial capacities and her own youth (the couple married in 2018) and, according to Spadding, expressed hesitations. She ended up going to a social service, asking for an abortion “behind his back,” also making the request in his name. It was he who left the couple’s house over her insistence on getting an abortion.

By that time Franco had seen his child on the ultrasound and heard its heartbeat. “When you see un ultrasound, you see the baby alive … and to think that such a barbarian act can have taken place … I have no words,” he told a reporter from Canal 8.

Unfortunately, Judge Marianela Lopez declared herself incompetent at the end of the week, explaining that the case should be taken to a civil court and not to a family magistrate. On the Canal 8 show, Spadding called on the judge to reflect on her decision: “I would ask this lady, if she is a mother, if she has nieces and nephews, regardless of the jurisdiction. A person, in this case a judge, must have the capacity to understand and render justice. Justice has to determine whether it is for good or for bad … let it be in her conscience or in the conscience of any judge.” “The father simply doesn’t exist. Why must I be an accomplice of something I don’t want and don’t accept?”, he said.

Spadding’s lawyers, Monica Lobos and Martin Zuleta, the former being a supporter of the pro-life “Celeste” movement, stated that their defense of the young father was based on the “violation of rights: the right to life, the right to be born, the right to equality, the right to exercise parental responsibility in caring for and protecting his child, who is threatened with death.”

They made clear that whatever the outcome of the proceedings, they would use further legal arguments and appeals in order to help Spadding save the life of his baby.

— Article continues below Petition —
PETITION: Support Archbishop Naumann's defense of LIFE as head of Bishops' Pro-Life Committee
Show Petition Text
25846 have signed the petition.
Let's get to 30000!
Thank you for signing this petition!
Add your signature:
Show Petition Text

“He is a father who is present, who wants his child to be born, who wants to protect his child and who is at this moment devastated by the possibility of losing him or her,” said Monica Lobos. She also told the local press: “We ask that the child’s life be protected and that the welfare agencies, as well as any other public or private entity, refrain from performing abortions because this annihilation of rights cannot be remedied. Once the child is dead, regardless of the court’s decision on the merits, it will be impossible to revert and guarantee respect for the essential rights that we ask to be protected,” she stressed.

“In the preparation of the Law on the Voluntary Interruption of Pregnancy (IVE) it was common to hear that the right to life is not an absolute right, so now I wonder: Is the freedom of a woman an absolute right? Can it be imposed even by violating and eliminating other people’s rights? What equality do we intend to achieve as a society? A confrontation between men and women, or a real equality that tends to justice?” she asked.

The case was given a further twist when someone, possibly the mother, suggested that the unborn baby was not in fact Franco’s biological son. Canal 8 put the question to him: Would he act in the same way if he thought that the child was not his? “Yes. Legally, I am the father, and the child has a right to live like any other,” he replied.