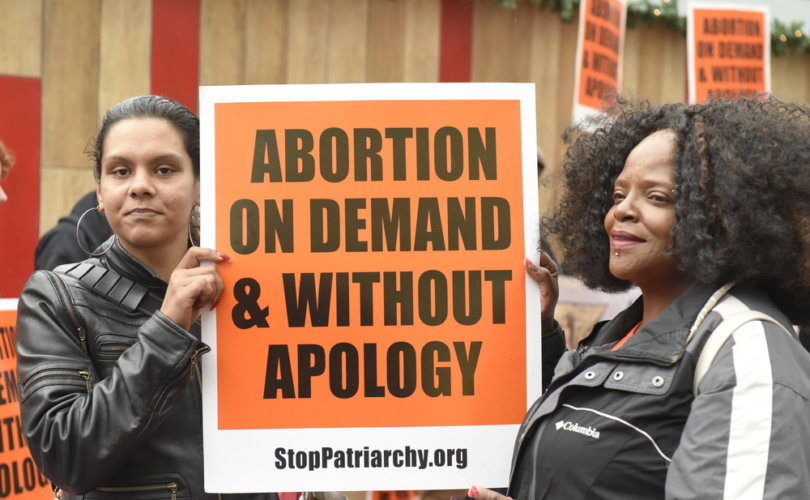 PHOENIX (LifeSiteNews) – Pro-abortion activists failed to gather enough signatures by Thursday for a referendum that would ask Arizona voters to “enshrine abortion rights in the state constitution,” according to the Associated Press.

“A newly organized group of abortion rights supporters that filed an initiative in mid-May to protect the right to abortion fell way short of the approximately 356,000 needed signatures,” the wire service reported. “The effort by a group called Arizonans for Reproductive Freedom was a longshot, and while they collected about 2,700 per day that only totaled about 175,000. Initiative proponents often aim to collect at least an extra 30% over the minimum as a buffer.”

Abortion is currently illegal under a 1901 law that criminalizes the killing of preborn babies. The state never repealed the law, originally passed when it was a U.S. territory.

The pro-abortion group plans to try again in 2024.

READ: Mississippi becomes latest state to ban abortion throughout every stage of pregnancy

“This campaign will not stop until abortions are once again legal and accessible across Arizona,” Shasta McManus, the group’s treasurer, stated in a news release. “Since June 24, Arizona has been operating under a law written when the Civil War was still raging and Arizona was not yet a state. This is barbaric and unacceptable and underlines the urgency of this movement.”

Some outlets put the date of the law as 1864, when Arizona passed new laws as a territory, while other news outlets use 1901 as the date.

“This may have started from a moment, but it is growing into a lasting statewide movement,” Victoria Fewell, chair of the initiative stated in the news release from the group. She is an abortionist.

Liberal activists did succeed in placing a question on the ballot that would increase mail-in ballots and expand ballot harvesting.

It would also remove criminal penalties for ballot-harvesting and expand drop boxes.

READ: Republicans must fight back against the plot to rig the midterms

Mail-in ballots and drop boxes have come under scrutiny for being targets for voter fraud. Both were expanded in the 2020 elections under the guise of COVID safety precautions.

An analysis from the Public Interest Legal Foundation, an election integrity group, found that 15 million mailed ballots remained unaccounted for from the 2020 election.