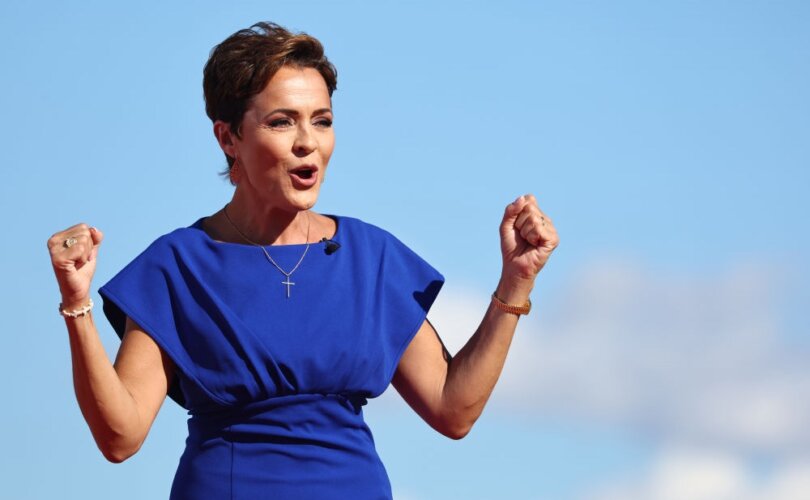 PHOENIX (LifeSiteNews) — An appeals court this week granted a request by Republican gubernatorial candidate Kari Lake to speed up consideration of her election lawsuit.

Lake is challenging the integrity of the 2022 Arizona gubernatorial election after she reportedly lost to Democratic challenger Katie Hobbs. The Trump-backed Republican alleges that election machine malfunctions hampered her odds of success.

According to the report, “[a] portion of Lake’s lawsuit included claims that she would have won or had a better chance of winning if dozens of Maricopa County ballot printers worked properly on Election Day.”

While the Monday decision is a boon for Lake, the Republican firebrand’s legal efforts have gone through a series of fits and starts.

In December, Maricopa County judge Peter Thompson greenlit two of Lake’s 10 claims, The Epoch Times noted, something Lake and her team saw as a win.

“Buckle up, America,” Lake said in a Twitter post at the time. “This is far from over.”

In the two-day trial that ensued, independent pollster Richard Baris told the court that election day glitches were sufficient to have swung the election to Hobbs. While Lake lost the contest by 17,000 votes, Baris said Maricopa County leans Republican and that as many as 25,000 to 40,000 voters had been unable to cast their votes.

Lake’s opponent, former Arizona secretary of state Katie Hobbs, will have until January 17 to lodge a challenge to the Appeals Court’s decision to expedite the case.

Coming amid the dizzying barrage of legal wrangling, the Appeals Court’s January 9 order has given a boost to Lake’s legal battle. The former news anchor has promised not to give up fighting after her opponent reportedly secured victory in an election fraught with voting machine malfunctions.

In the letter, the office of the attorney general said it had “received hundreds of complaints since Election Day pertaining to issues related to the administration of the 2022 General Election in Maricopa County.”

Concerns about election integrity had also led two Arizona counties to initially delay their election certification. However, all counties ultimately certified the results of the contest.

Hobbs, who as Arizona’s outgoing Secretary of State had refused to recuse herself from overseeing her own election contest, formally certified her win on December 5 and was sworn in this month.

During her first speech to the state Legislature on Monday, Hobbs suggested that Lake and other Republicans were “[c]hasing conspiracy theories, pushing agendas for special interests,” and “attacking the rights of your fellow Arizonans,” alleged moves she said “further undermine our democracy” and “will lead nowhere.”

Lake has aimed political punches at Hobbs, too, most recently blasting the newly-minted governor’s “horrific” first budget. According to Lake, it was “fitting” the budget was released on Friday the 13th.