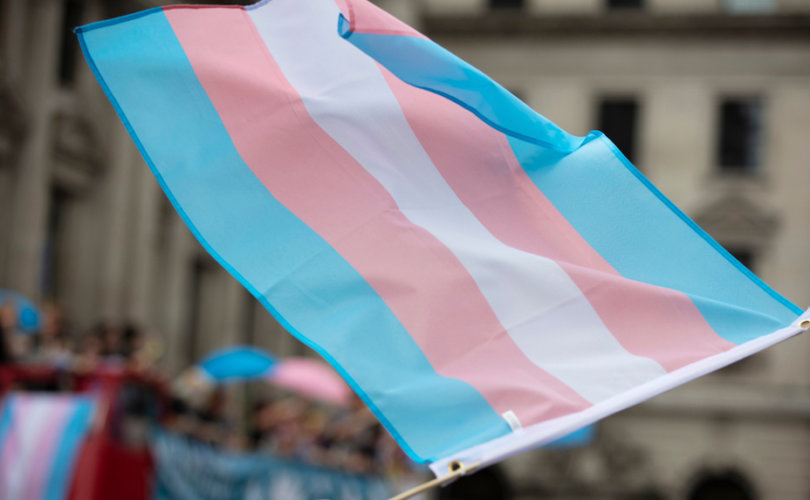 GOODYEAR, Arizona (LifeSiteNews) – In another recent victory for parents against LGBT ideology creeping into public schools, a Phoenix-area high school stopped a “transgender awareness” week after a wave of backlash from local parents and students.

Estrella Foothills High School (EFHS) had planned a week of school-wide, pro-transgender activities last month in honor of “National Transgender Awareness Week,” The Federalist reported. According to public records requests, the activities included having students advertise their preferred pronouns with name tags and encouraging them to wear rainbow “pride” outfits and the pink and white colors of the transgender flag.

The school’s pro-LGBT “Coexist club” spearheaded the initiative, emails published by The Federalist revealed. Courtney Ratkus, an English Language Arts teacher at EFHS and the sponsor of the Coexist club, proposed the idea in an email to principal Kimberly Heinz, asking for permission to lead what she described as transgender-themed “spirit days.”

Ratkus later promoted the “transgender awareness” week to students and staff, telling students in one email that “name tags will be provided to you by your first hour teacher” to display their self-selected pronouns on the first day. “I will have name tags to each of your mailboxes by Monday morning for you to hand them out to your students so they may participate in Monday’s events,” she wrote in another email to staff.

Ratkus has a record of extreme, left-wing activism on social media, The Federalist uncovered, slamming people who refuse to wear medically discredited face masks for “killing people” and sharing an Instagram post accusing supporters of Donald Trump of embracing “fascism,” as well as “racism, homophobia, sexual assault, xenophobia, ignorance, misogyny.” “I would say happy 4th of July, but all countries matter,” read a tweet she reposted on Instagram on Independence Day.

Her radical advocacy is reflected in the Coexist club, which defines itself as a “student-led group” dedicated to “building support across races, cultures, gender identities” and “sexual orientations,” among other things.

In an Instagram post last month, the group called on students to donate to the National Center for Transgender Equality, which lobbies against conscience protections for medical professionals who oppose “sex change” surgeries and school policies that keep gender-confused males out of girls’ bathrooms.

EFHS’s “transgender awareness” activities were met with intense backlash from several parents, including one who slammed the school for “pressuring teenagers” to support “a radical view of sexuality.”

“Besides education, your first priority should be to the safety of the children entrusted to your care,” the parent said. “I am sure you are aware of the horrible situation that occurred in Loudoun County, Virginia.”

“If this school district decides to continue to promote radical sexual theories, I will be forced to withdraw my children and the funding that your school relies on,” the parent continued. “I will also encourage other parents with the same viewpoint to voice their concerns and remove their children as well.”

“I am utterly disgusted,” read an email of another parent to school administrators. “My children go to school to learn and be educated about core subjects, not people’s sexuality.” “I am in disbelief that this is allowed and promoted through the school or school clubs,” the parent wrote.

After the first day of the transgender activities, Heinz sent an email notifying students that EFHS had decided to cancel the rest of the week after “listening to students and parents.”

“In listening to students and parents and observing today, our administrative team met this afternoon and have made the decision that we will not move forward with the remaining awareness days this week, as we feel that we need to get our focus back on learning and the goal for awareness has been met,” she wrote, adding that some students’ “education has been affected.”

“As an administrative team, we will be working with our Student Government sponsor and students to help put into effect clearer policies, procedures, and timeliness for a more effective vetting process for student club requests such as this week,” Heinz said.

The revelations about EFHS’s far-left, transgender advocacy follow reports last month that California teachers “stalked” kids to get them to join LGBT clubs and several reports of sexual assault by transgender or homosexual students at a Virginia school district known for pro-LGBT policies.

At the same time, conservative parents and pro-parent candidates have swept recent school board races, flipping control of dozens of districts across the country and ousting progressive board members, LifeSiteNews reported.