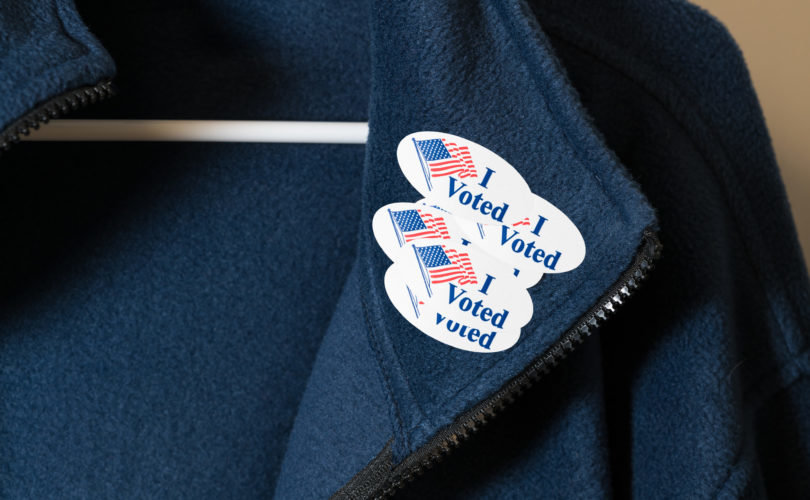 PHOENIX, July 16, 2021 (LifeSiteNews) – Auditors conducting a forensic election investigation in Arizona unveiled findings on Thursday that prompted calls from at least one Republican lawmaker for a new presidential election.

At a hearing with state senators, Doug Logan, CEO of Florida-based IT firm Cyber Ninjas, outlined evidence of ballot irregularities in Arizona’s Maricopa County that he said implicates tens of thousands of votes.

Logan, whose company was hired by the Arizona senate in March to lead the Maricopa County audit, pointed to more than 74,000 mail-in ballots that lack “clear indication” of having been sent out.

“We have 74,243 mail-in ballots where there is no clear record of them ever being sent,” Logan said. He added that the issue “could be something where documentation wasn’t done right, there was a clerical issue, there’s not proper things there. But I think when we’ve got 74,000, it merits knocking on the door and validating some of this information.”

He also revealed that around 18,000 people voted in the 2020 election in the county but were taken off of voter rolls “soon after the election.” “There could be a good, logical explanation for that,” said Logan. “But it seems like a large number to me to, after the election, be removed.”

Another 11,326 Maricopa County voters were not registered to vote as of November 7 but appeared to have been added to voter rolls by December, and 3,981 people voted after failing to register by the October 15 deadline, the Cyber Ninjas CEO continued. Arizona certified Joe Biden as the winner of the state last year by around 10,000 votes out of 3.3 million.

With the tens of thousands of ballots mailed without being requested, the over 10,000 people who voted after registering after November 3rd, the failure of Maricopa to turn over the 40% machines, the passwords that Dominion still refuses to turn over, & tens of thousands of unauthorized queries demonstrating how insecure the election was, I call for the Biden electors to be recalled to Arizona & a new election must be conducted.

“Arizona’s electors must not be awarded fraudulently & we need to get this right.”

President Donald Trump weighed in as well, calling the Senate hearing “devastating news to the Radical Left Democrats and the Biden Administration.” “There was no victory here, or in any other of the Swing States either,” he said in a statement.

Arizona Senate president Karen Fann had previously revealed on Tuesday that the number of ballots tallied by auditors does not match the official count from Maricopa County.

“They haven’t released a number yet,” Fann told KTAR News radio host Mike Broomhead. “However, we do know that those numbers do not match with Maricopa County at this point.” The county’s canvass report from the 2020 election cites 2,089,563 ballots cast, with a margin of victory of roughly 45,000 votes for Joe Biden.

The state Senate has ordered another count of the Maricopa ballots with “independent machines, not Dominion’s” to compare with the official results and the audit tally, according to Fann.

The recount will focus on the number of ballots rather than on votes.

“This is the first time in the history of our nation that anybody has done an audit of this magnitude,” she said. “And so, quite honestly, we are doing a lot of things, triple-checking, just to make sure that this is all correct.”

An official report from the Arizona audit is expected later this summer.

The revelations about the audit findings on Thursday come as Democrats in Congress take aim at Cyber Ninjas. The House Oversight and Reform Committee launched a probe into the firm this week, seeking documents detailing Cyber Ninjas’ “officers, board members, and shareholders,” as well as communications related to the election investigation.

Democrats and local officials have aggressively pushed back against the Arizona audit for months, repeatedly suing to halt the initiative and to block senators’ subpoenas.

The Arizona Senate hearing also follows updates earlier this week from a voter integrity group leading an election lawsuit in Georgia. The group, VoterGA, reported discovering a 60 percent error rate for a recount of the 2020 election in Fulton County and “seven falsified audit tally sheets containing fabricated vote totals for their respective batches.”

“The VoterGA data team also found over 200 Fulton County mail-in ballot images containing votes not included in the hand count audit results for the November election,” the organization said in a press release on Tuesday. “All these anomalies are now included in the Fulton County ballot inspection lawsuit as additional counts of how the Equal Protection and Due Process Constitutional rights of Georgia voters were violated.”