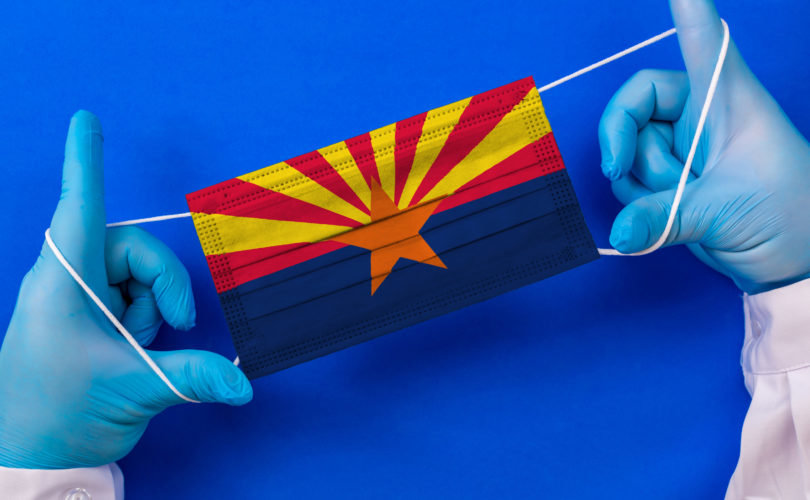 VAIL, Arizona, April 30, 2021 (LifeSiteNews) — A school board walked out before a scheduled meeting Tuesday after a large number of parents protested the board’s requirement for children to wear masks in school. The parents responded by electing a new board and immediately rescinding the mask order.

Arizona Gov. Doug Ducey (R) overturned the state-wide mask mandate for schools on April 19, announcing on Twitter, “Teachers, families and students have acted responsibly to mitigate the spread of the virus and protect one another, and our school leaders are ready to decide if masks should be required on their campuses.”

Ducey’s executive order removed the governmental requirement for school children to wear masks but left the decision to impose or relax the mandate to the districts themselves.

The Vail School Board decided to maintain the mask mandate until at least the end of the current semester, claiming that “about 90 percent of parents support the mask mandate for their kids,” but scheduled a meeting to discuss options moving forward. Before the meeting was to be held, around 100 parents from the district arrived outside the building to voice their protest to keeping their children masked while in school, some bringing placards that read “unmask the kids.”

Shortly before commencing the meeting, the board cancelled, citing “safety concerns.” Incensed by the board’s cowardice, parents began gathering inside the building, demanding to speak with the board. At this point the board called the police who ordered the parents to leave the building.

Some parents were visibly upset by the police presence, with one crying “as long as my child is at risk of death I’m not leaving. You are killing our children.” Another can be seen holding a sign that reads, “Children have the right to breathe! Unmask our kids!”

“We have bills in the constitution of Arizona that give us parental rights, they are inalienable rights. They [the board] do not have the right to take them away and yet this state and this board has taken it [sic] away from us and they have the audacity to leave when we come here as peaceful parents to talk to them,” cell-phone footage captured one parent complaining to the sheriff. “Bullcrap!” she added.

Another parent told local reporters that whether or not their child should wear a mask is part of “my rights as a parent and they [the board] don’t get to decide how I raise them and what I believe is true and factual. It’s disgusting what’s being done and I don’t agree with it. I don’t. When you look at the flu, it also causes death. It also hurts people.”

Shortly after the authorities arrived, the board walked out, leaving the crowd of parents without meeting. Following the board’s abandonment, the gathered parents held an impromptu election, nominating and confirming five new board members on the spot.

Video footage documented the entire election process, which the cameraman claimed was based on Robert’s Rules of Order, a widely used manual of parliamentary procedure, taking a mere three minutes to complete.

The newly elected board swiftly called a meeting to discuss the matter of mandating masks in their school district. One of the members, known only as Anastasia, announced a motion “that the entire Vail School District be free of mask policy and it will be optional to all teachers and students alike, with no fear of retribution.”

After being seconded by another parent-turned-board-member, Tiffany Sanders, the motion went to a vote, passing unanimously.

Not wishing to waste the opportunity to consolidate their power, the ad-hoc board proposed a motion that the “Vail School District has no rights to do any medical interventions on any child,” again passing the proposal unanimously.

There is dispute over whether or not the new board has the power to effect the remission of mask rules or if the old board remains in power. As things stand, Vail district administrators are sending a notification to all parents, ensuring them that a mask mandate is still in effect.

Explosion in mandatory masking isn’t driven by science, but fear

Mask mandates are counterproductive — How much more data do we need?

Masks ‘don’t work,’ are damaging health and are being used to control population: Doctors panel

This video shows just how ineffective masks are