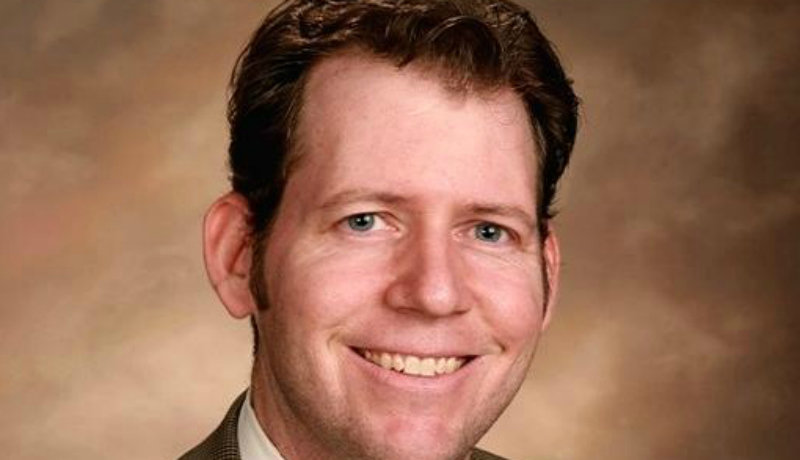 PHOENIX, Arizona, May 13, 2016 (LifeSiteNews) – An Arizona Catholic school is standing by one of their high school theology teachers who has come under attack because he distributed pro-life material in class.

An online petition to remove Xavier College Preparatory Theology teacher and Right to Life Club Moderator Gavin Ahern accuses him of giving out “hateful, racist, sexist” material, being a misogynist, and creating a climate of “fear of retaliation” in the classroom.

The literature in question was produced by Black Genocide, a project of the Life Education Resource Network (L.E.A.R.N.), which works to expose the disproportionate number of black children lost to abortion, and educates on the parallels between genocide, eugenics and abortion today.

The Black Genocide handout at the center of the controversy lists numerous statistics on the overwhelming prevalence of abortion in the black community, opening with the headline, “Maybe the Klan didn’t invent abortion, but you have to believe they are pretty happy with the results.”

The petition started last weekend by 1993 Xavier graduate Peg Perl claims the material is bigoted hate speech, and denies its statistics have validity.

“Unsubstantiated hate speech is not appropriate in the classroom, and it is in stark contrast to the academic excellence and love for community we associate with our experience at Xavier,” the petition states. “Women-shaming and race-baiting such as this by a teacher in a classroom of young women is an abuse of the authority and trust placed in Mr. Ahern.”

However, Black Genocide Founder Reverend Dr. Clenard Childress disputed the petition’s claim that Ahern was guilty of distributing racist or sexist material, or that the flyer content was not factual. He dismissed the petition as a politically correct effort to rebuke Ahern and censor the truth.

“A petition against the truth?” he asked. “And people are signing it? You’ve got to be kidding me.”

Rev. Childress, who educates on college campuses about African American abortion statistics, fervently dismissed the notion that because someone is not black they cannot speak about the toll of abortion on African Americans.

“If you’re white, you cannot share information on the disproportionate number of abortions in the black community?” he questioned. “Who then gets to be the arbiter of truth? You now are basically the arbiter of who can carry truth.”

“To think because I am of a certain ethnicity I don’t have the right to a certain opinion is unquestionably oppressive,” Rev. Childress told LifeSiteNews, dismissing as well the idea that men can’t speak out about abortion.

“I commend and salute the teacher for being willing to share the facts with his students,” he said.

The Diocese of Phoenix did not respond to LifeSiteNews’ inquiries on the matter, however the school provided a statement strongly affirming its Catholic identity and standing by their teacher.

As an educational institution, Xavier recognizes that certain issues may be the subject of vigorous intellectual, spiritual, and moral debate.  We encourage our faculty and students to explore these often controversial issues, and to participate in this healthy and constructive process as Xavier strives to educate students not only academically, but also spiritually and morally within the context of our faith.

Among the most important, most fundamental spiritual and moral truths that Xavier imparts to its students is respect for the sanctity of human life, in all forms and at all stages. We teach our students to care for human life, to defend human life, and to speak out about the sanctity of every human life wherever it is threatened, from the first moment of conception until natural death.

We acknowledge the emotions that discussion on such matters can often evoke, and recognize that disagreements may result, even among members of the Xavier community.  Nevertheless, Xavier will not allow the threat of controversy to intimidate our teachers, counselors, and administrators from discussing these important controversial issues, nor silence us in our duty to impart the values of our faith to the young women entrusted to our care.

The petition to oust Ahern had close to 9,000 signatures by press time, the overwhelming majority of which were from out of state.

However, current Xavier student Brooke Landreville said the pushback against the material was overblown.

“It was just one page of the whole packet,” she stated. “It was just like someone took one thing from this and they blew it way out of proportion.”

“It's the faith that they're teaching and it's what people sign up for,” she said. “What do you expect to go into a theology class that's at a Catholic school?”

A counter petition started by current students this week in support of Ahern had nearly 1,500 signatures by press time, most from Arizona.

“His actions have been portrayed unfairly, with no consideration of Mr. Ahern’s intention to use the worksheet as a teaching exercise,” it states in part. “Many of the people who signed the petition do not even know Gavin Ahern and certainly have not attended his classes. Mr. Ahern has never been racist in class and actually has a very large understanding and big heart toward multiple views and opinions.”

Conservative columnist Rod Dreher took issue with Perl in a post at The American Conservative for her belief “that the point of a Catholic school for girls is to “empower women,” not to teach them Catholic theology and morality along with their standard education.”

“In any case, it is normal for a Catholic teacher to hand out pro-life material as part of a theology class exercise,” Dreher wrote, saying the petition is “about de-Catholicizing Xavier College Prep,” and that he hoped the Xavier community rallied behind Ahern.