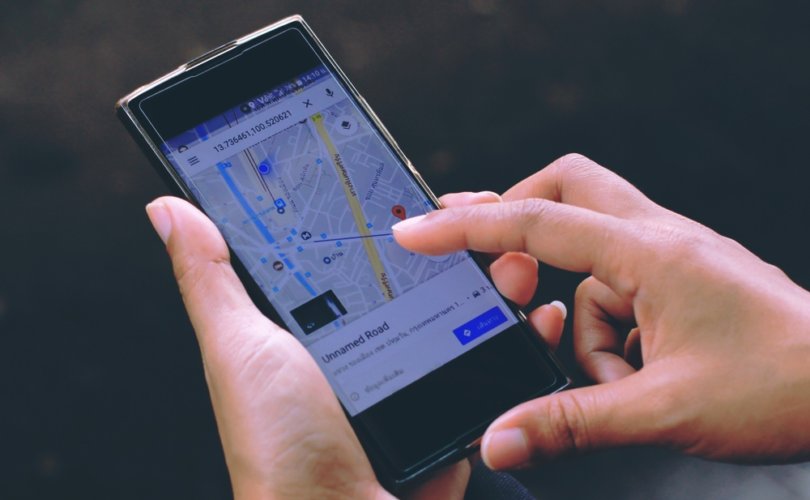 ARIZONA, June 1, 2020 (LifeSiteNews) – The state of Arizona is suing Google for allegedly using deceptive practices to track the location of smartphone users without their knowledge, following a nearly two year investigation into the company.

“While Google users are led to believe they can opt-out of location tracking, the company exploits other avenues to invade personal privacy,” said Attorney General Mark Brnovich.

“It’s nearly impossible to stop Google from tracking your movements without your knowledge or consent. This is contrary to the Arizona Consumer Fraud Act and even the most innovative companies must operate within the law,” he continued.

A press release published last week explains that the newly-launched lawsuit follows investigations dating back to August 2018, after the publication of an Associated Press article entitled, “Google tracks your movements, like it or not.”

“Google told users that ‘with Location History off, the places you go are no longer stored.’ But as the AP article revealed, this statement was blatantly false — even with Location History off, Google surreptitiously collects location information through other settings such as Web & App Activity and uses that information to sell ads,” the statement published by Brnovich’s office reads.

“In 2019, over 80% of Google’s revenues—$135 billion out of $161 billion total—were generated through advertising,” the statement explains.

“As outlined in the lawsuit filed by Arizona, Google's advertising revenues are largely driven by the company's collection of detailed data about its users, including location information, often done without the users’ consent or knowledge.”

The lawsuit claims that Google uses “deceptive and unfair practices” in order to to collect as much user information as possible and that “a misleading mess of settings” make it “exceedingly difficult for users to understand what’s being done with their data, let alone opt-out.”

In addition to making restitution to consumers, the lawsuit calls on the court to order that Google pay the state of Arizona “a civil penalty of not more than $10,000 for each willful violation o f the Arizona Consumer Fraud Act” and to issue an injunction against Google preventing them from using the same business practices in future.

“We have always built privacy features into our products and provided robust controls for location data. We look forward to setting the record straight,” he said.