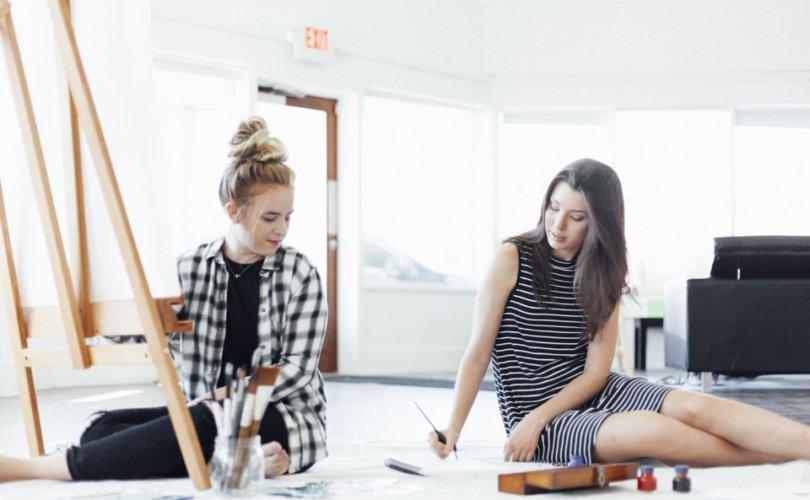 PHOENIX, September 17, 2019 (LifeSiteNews) – Two Arizona calligraphers at the heart of yet another religious liberty battle won a major victory Monday with the Arizona Supreme Court’s ruling that business owners have the right to choose not to provide certain products to same-sex “weddings.”

Joanna Duka and Breanna Koski own Brush & Nib Studio, a small business founded on Christian values. They say they serve any customer regardless of sexuality but draw the line at being forced to produce custom messages endorsing events that violate their beliefs.

Since 2016, they’ve fought the city of Phoenix over an LGBT “anti-discrimination” ordinance they argued violated their freedom of speech and religion, because it threatened them with fines and prison time for refusing to create invitations to same-sex “weddings.”

The state’s highest court sided with them Monday in a 4-3 ruling that the ordinance “runs afoul of the First Amendment, which ‘necessarily implies’ a violation of Plaintiffs’ broader free speech right under article 2, section 6 of the Arizona Constitution.”

“The rights of free speech and free exercise, so precious to this nation since its founding, are not limited to soft murmurings behind the doors of a person’s home or church, or private conversations with like-minded friends and family,” Justice Andrew Gould wrote for the majority. “These guarantees protect the right of every American to express their beliefs in public. This includes the right to create and sell words, paintings and art that express as person’s sincere religious beliefs.”

“Breanna and I create beautiful, hand-made artwork to celebrate weddings and other events,” Duka said at a press conference after the ruling. “We can spend hours, days imagining, creating, designing these custom artistic pieces. This process is very personal for us. We pour our hearts and our souls into our custom artwork, and we care deeply about the messages that artwork expresses.”

“Breanna and I will gladly serve everyone,” she continued. “But we cannot create custom artwork celebrating certain events, and the government should not control those expressive decisions.”

Tucson.com noted that the ruling was not as comprehensive as it could have been; while it affirms the right to refuse to create items such as wedding invitations, which by their nature bear messages endorsing specific ceremonies, it suggests Christian businesses could be forced to sell more “neutral” items, such as place cards, to same-sex couples.

“We do not recognize a blanket exemption from the ordinance for all of the plaintiffs’ business operations,” Gould also wrote.

City spokeswoman Julie Waters told Courthouse News that due to the narrow nature of the ruling, Phoenix will continue to enforce the ordinance against local businesses other than Brush & Nib Studio. “The city of Phoenix’s anti-discrimination ordinance is still a legal, valid law and remains in effect,” she declared.

Still, that didn’t stop Justice Scott Bales from calling the majority opinion “deeply troubling” in his dissent, or the conservative Alliance Defending Freedom (ADF), which represented Duka and Koski, from celebrating the outcome as a “HUGE win for religious freedom and freedom of speech … Now, Joanna and Breanna can continue to live and work consistently with their beliefs without fear of government punishment.”

As to the limits of the ruling, ADF’s Jonathan Scruggs told Tucson.com the group was hoping for a broader protection but is still thrilled with Monday’s outcome.

“The court rejected that argument and ruled in favor of freedom of speech and freedom of religion,” Scruggs said. “And that, like I said, is a great win.”