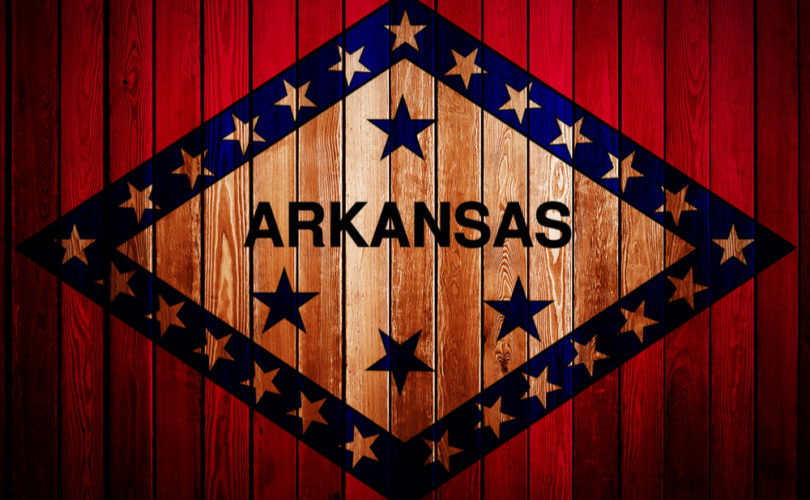 LITTLE ROCK, Arkansas, April 9, 2021 (LifeSiteNews) — While members of the Arkansas state legislature have taken a strong stand to protect young people from controversial sex change surgeries and other transgender medical procedures, the sole Catholic diocese in the state has chosen to remain silent.

The aptly named Save Adolescents From Experimentation (SAFE) Act, approved by wide margins in both state legislative houses, bars physicians from performing or referring for “gender transition procedures” on residents under age 18, as well as preventing taxpayer dollars from being spent on such procedures for minors.

In a surprise move earlier this week, the state’s Republican Gov. Asa Hutchinson vetoed the measure, also known as HB1570. Instead, he attacked the legislation as “overreach,” citing opposition by pro-LGBT medical groups and referring to harmful gender transition procedures as the “best medical care” for confused children.

The legislature then overrode the governor’s veto, making Arkansas the first state to protect its young people from harmful medical practices.

The intense condemnation of the bill by pro-LGBT activists and their allies was not met with pushback by Little Rock Bishop Anthony B. Taylor.

“The Diocese of Little Rock did not take, and was not asked to take, a particular position on HB1570 when it was under consideration,” according to a diocesan statement reported by The Arkansas Catholic. “The diocese affirms the Church’s constant teaching that — with the rare exception of one’s reproductive organs not matching one’s chromosomes — our gender is to be considered harmonious with our biological sex and thus should not be subject to change.”

Bishop Taylor’s silence may be indicative of a personal conflict between full-throated support for Church teaching and support for the pro-homosexual advocacy Tyler Clementi Foundation.

“Whether HB1570 is the best way to adequately address that truth for adolescents and minors may be up for debate and differing prudential judgments,” continued the dicoesan statement. “But it is not inconsistent to oppose any form of bullying, harassment and violence against LGBT youth, which Bishop Anthony B. Taylor did when signing on to the Tyler Clementi Foundation statement, while simultaneously affirming the truths of our created biological sex.”

Taylor was one of 13 U.S. Catholic bishops — including notorious pro-LGBT Cardinal Joseph W. Tobin, Bishop Robert McElroy, and Bishop John Stowe — who earlier this year signed a statement in partnership with the foundation supporting young people who identify as LGBT, telling them that “God is on your side.”

“As Catholic Bishops in the United States, we join with the Tyler Clementi Foundation in standing up for at-risk LGBT youth in our country,” said the 13 U.S. prelates. “All people of goodwill should help, support, and defend LGBT youth; who attempt suicide at much higher rates than their straight counterparts; who are often homeless because of families who reject them; who are rejected, bullied and harassed; and who are the target of violent acts at alarming rates.”

“The Catholic Church values the God-given dignity of all human life and we take this opportunity to say to our LGBT friends, especially young people, that we stand with you and oppose any form of violence, bullying or harassment directed at you,” they statement continued.

“Most of all, know that God created you, God loves you and God is on your side,” the statement concluded.

The term “LGBT youth” employed by the 13 bishops is a notion invented by the political left and is not found within the teaching of the Catholic Church.

The legislation rejected by the governor encompasses “puberty-blocking drugs, cross-sex hormones, or other mechanisms to promote the development of feminizing or masculinizing features in the opposite biological sex, or genital or nongenital gender reassignment surgery performed for the purpose of assisting an individual with a gender transition.”

The bill “sets out to protect children in an area where they very much need protection,” according to Republican state Sen. Alan Clark, a sponsor of the measure. He noted that, according to the American Academy of Child and Adolescent Psychiatry, 90 percent of minors who struggle with gender dysphoria eventually come to accept their true sex.

Research shows that transgender medical interventions, like puberty suppression, actually may increase the risk of suicide, while devastating countless other aspects of adolescents’ health.

Puberty blockers “arrest bone growth, decrease bone accretion, prevent the sex-steroid dependent organization and maturation of the adolescent brain, and inhibit fertility by preventing the development of gonadal tissue and mature gametes,” the American College of Pediatricians has noted.

Gender dysphoria resolves naturally in up to 97.8% of boys and 88% of girls, according to the American Psychological Association. Virtually all minors exposed to gender transition practices nevertheless move on to invasive, often regretted procedures like genital amputation.