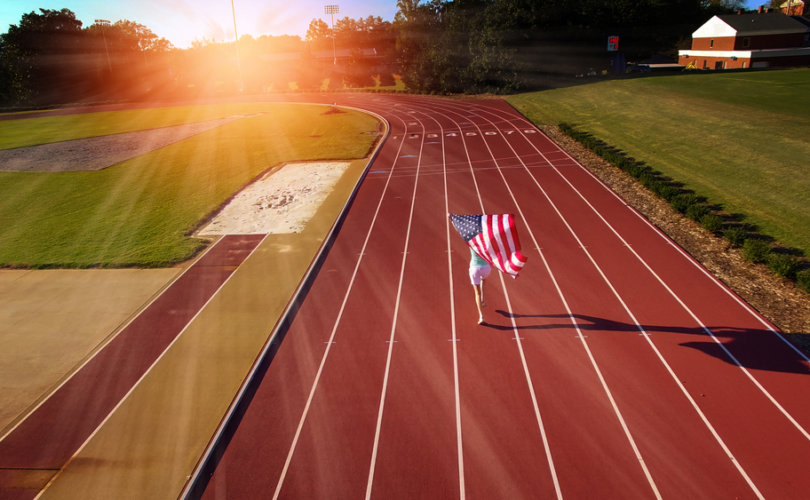 The new law applies to school, intramural, and club sports from elementary school all the way up to the collegiate level, ensuring that girls will only have to compete against other girls for athletic success, scholarship consideration, or professional opportunities.

“I have studied the law and heard from hundreds of constituents on this issue,” Hutchinson said in a statement. “I signed the law as a fan of women’s sports from basketball to soccer and including many others in which women compete successfully. This law simply says that female athletes should not have to compete in a sport against a student of the male sex when the sport is designed for women’s competition. As I have stated previously, I agree with the intention of this law. This will help promote and maintain fairness in women’s sporting events.”

Arkansas follows Mississippi’s enactment of a similar ban earlier this month. Arkansas would have been the third state to do so, but women’s sports protection legislation was stalled in South Dakota recently thanks to Republican Gov. Kristi Noem’s last-minute objections to its language, despite having previously said she was “excited” to sign it into law.