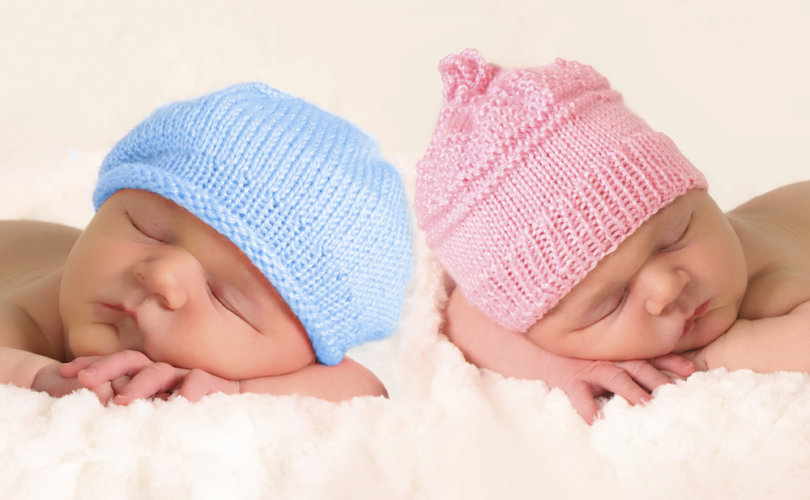 On Monday, the Arkansas Senate approved the legislation by an overwhelming 30-3 margin. On Wednesday, the House passed it 57-9. The bill now goes to pro-life Gov. Asa Hutchinson's desk to sign into law.

If signed into law, the Arkansas bill would impose fines of up to $2,500 and one year in jail for abortionists who knowingly terminate a pregnancy for the sole reason of his or her gender. The legislation specifically states that the mother would not face any criminal or civil charges.

The bill requires an abortionist to ask the mother if she knows the sex of her pre-born and, if she does, to inform her that it is illegal to abort just because of the child's gender.

American Civil Liberties Union of Arkansas executive director Rita Sklar threatened to challenge the bill in court. “There is very good potential for litigation because of this burden on women obtaining abortions that they want for whatever reason,” she said.

Bill supporters say the Left's “whatever reason is good enough to abort a child” rationale is an insult to human dignity, specifically the dignity and value of women.

Aborting pre-born girls in China is a widespread problem, with the country's two-child restrictions resulting in men outnumbering women by 33 million. But “gendercide” is practiced in Western countries as well.”Sex discrimination violates a fundamental liberty guaranteed by the Constitution – equal protection under the law,” Anna Higgins of the Charlotte Lozier Institute wrote in a 2016 essay, “Sex-Selection Abortion: The Real War on Women.”

Feminist and freelance writer Sarah Ditum defended female feticide. “As far as I'm concerned, it doesn't matter why any woman wants to end her pregnancy. If it's to select for sex, that's her choice.”

Higgins answered sex-selection “choice” supporters, “Aborting a child for reasons of sex alone is not an exercise of reproductive autonomy but rather one of discrimination based on immutable characteristics.”

Last year, the House Judiciary Committee held a hearing on a similar nationwide ban, called the Prenatal Nondiscrimination Act. Its sponsor, Rep. Trent Franks, R-AZ, argued that sex selection abortion “is the civil rights struggle that will define our generation.”

“In America, abortions are targeting unborn children for simply being the 'wrong color' or the 'wrong sex,'” Franks said. “This is not who we are as Americans.”

Davis noted Supreme Court Justice Ruth Bader Ginsburg’s strange comment, “At the time Roe was decided, there was concern about population growth, and particularly growth in populations that we don't want to have too many of.”

Pro-lifers called it “a supreme irony” when, on the one hand Congress condemned China in 2006 for its sex-selective “one-child” policy and then, on the other hand, Congressional debate over the Prenatal Nondiscrimination Act was characterized a partisan attempt to deprive women of their rights.

Seven other states have sex-selection abortion bans in place. Indiana's ban is being challenged in court.