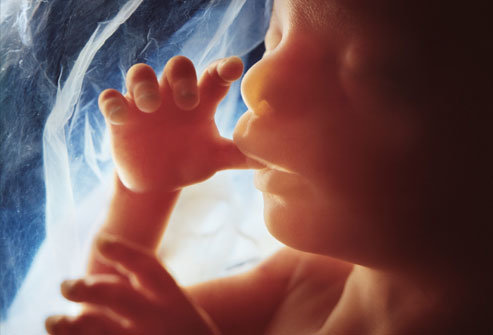 ARKANSAS, March 13, 2019 (LifeSiteNews) – The Arkansas state Senate has voted overwhelmingly to pass legislation that would ban most abortions at 18 weeks of pregnancy, two weeks earlier than the current legal cutoff point in that state.

House Bill 1439 would forbid abortions from taking place more than 18 weeks after the first day of a woman’s last menstrual period, except in cases of rape, incest, or physical medical emergency. It passed the state Senate with little debate on a 28-6 vote Monday, the Arkansas Democrat-Gazette reports.

“This bill actually has been well discussed,” the bill’s sponsor, Republican state Sen. Jason Rapert, explained. “It's pretty simple in that we already have existing law that prohibits abortion at 20 weeks. This moves that to 18 weeks.”

Rapert is also responsible for the amendment that excluded babies conceived in rape or incest from the bill’s protection, exceptions that have not been part of most of the heartbeat abortion bans several states have proposed or enacted (those also would stop abortions much earlier than 18 weeks). Besides moral objections, pro-lifers in past debates about similar bills have questioned the inclusion of exceptions on the grounds that even without them, by their nature late-term abortion bans still leave women with a window of several months to abort for any reason, including rape or incest.

In 2013, University of Utah neurobiologist Dr. Maureen Condic testified before the House of Representatives that preborn babies are capable of feeling some level of pain as early as eight to ten weeks, because the “neural circuitry underlying the most basic response to pain is in place by eight weeks,” a position backed by a variety of scientific evidence.

Current judicial precedent says that abortion cannot be banned prior to fetal viability, and in 2014 the Supreme Court refused to consider the constitutionality of a 20-week ban in Arizona. However, lawyers with the Life Legal Defense Foundation note that the Court has also acknowledged a “compelling interest in protecting the unborn child” as pregnancy progresses, particularly on criteria like fetal pain.

“I think it's a really good bill, a good law. There's no doubt really about the person who would harm a child at 18 weeks,” Family Council President Jerry Cox said. “If you look the photographs of the children in the womb, it's unmistakable that those are babies. I think it's vital not only for the sake of unborn children, but also for the health of women because later in the pregnancy the woman gets an abortion, the more likely there are to be health risks. That's a proven fact.”

HB 1439 now goes to the Republican House, where it has been referred to the Public Health, Welfare and Labor Committee. A spokesman for Republican Gov. Asa Hutchinson said he plans to sign it.

Last month, Hutchinson also signed into law a bill that will automatically “abolish” legal abortion after Roe v. Wade is either overturned by the U.S. Supreme Court or nullified by a constitutional amendment. That measure does not contain rape or incest exceptions.