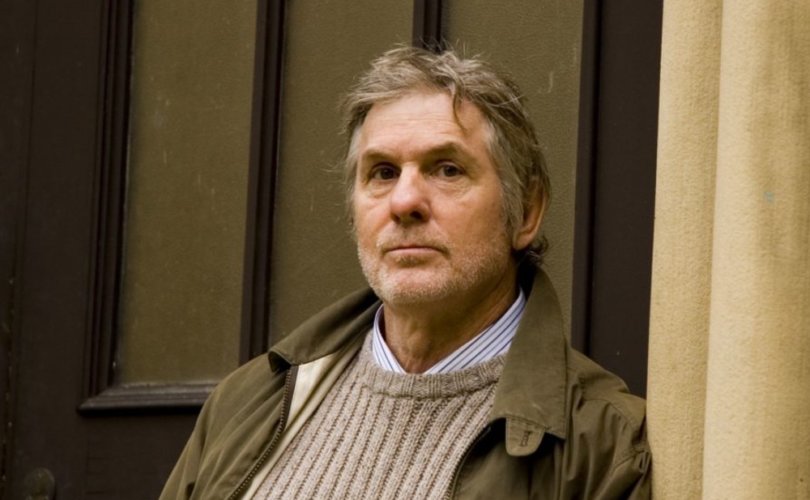 “I am opposed to it. I think it is arrogant and disastrous,” he said in an April 25 interview with Mike Mastromatteo.

“I think (the policy) is burrowing into a young person’s conscience for political affirmation,” observed Richards. “It is couched in terms of liberty, but there is not a totalitarian government in the world who wouldn’t agree with it.”

The Trudeau Liberals touched off a firestorm of protest this year when they introduced a policy requiring employers sign an attestation that their “core mandate” supports abortion and LGBTQ “rights” to receive Canada Summer Job grants.

Eighty-seven faith leaders signed an open letter condemning the attestation as an “ideological test” incompatible with a “free and democratic society,” and say they can’t sign the attestation in good conscience.

Richards echoed the warning of religious leaders that the new requirement will result in non-activist faith-based charities, such as summer camps, losing out on student grants.

That includes non-profit venues that provide “Young kids teaching others how to canoe and hike and read, some of these kids from the poorest parts of our [Miramachi] river area having the only vacation they will have,” Richards said.

Among the non-profit groups denied summer job grants for not signing the attestation are a Bible camp in Alberta, a farm in Ontario that provides vacations to poor urban families, a family-run Alberta irrigation business that offers ecologically responsible irrigation services to local farming, and a tiny rural museum on the Atlantic coast.

Employment Minister Patty Hajdu said she will consider modifying the attestation next year, but that hasn’t allayed the fears of faith leaders, particularly given that Trudeau defended the attestation in the House of Commons last week as protecting “reproductive rights.”

Richards, who won the Giller prize in 2000 for Mercy Among the Children and his novel Mary Cyr was released this month, also announced last week he is formally breaking with the Independent Senators Group.

Trudeau threw 32 Liberal senators out of his caucus in 2014 as Liberal leader as his solution to accusations of partisanship in the Red Chamber.

As prime minister, Trudeau launched Senate reform in December 2015, including a merit-based, non-partisan appointment process in which individuals apply for the role, as Richards did.

He was the third senator Trudeau appointed since these rules came into effect, reported the Catholic Register.

The Independent Senate Group is made up of senators without party affiliation, and at 43 members, is the largest group in the Red Chamber, the Toronto Globe and Mail reported. Conservatives have 33 senators, the Liberals 11 and with Richards, there are now six senators independent of any group.

Members of the ISG get “a set level of funding for administrative, logistical, research and other services” under a rule extending this funding to groups with more than 20 senators, ISG spokeswoman Aline Lafrenière told the Huffington Post.

But despite the perks of membership, Richards told the Huffington Post he decided to leave the ISG because he’s used to being on his own, having joined no writers’ unions or associations as PEN International during his acclaimed writing career.

An author of 30 books, Richards has won Governor General awards for both nonfiction and fiction, and two Geminis for screenwriting.

“You know, it really has nothing to do with the people in the ISG — most of who I know and like a lot,” he said, adding he is content with his unaligned status. “Just as I was happy with writing my books alone in my study. I mean, that’s the same kind of thing really.”

Since he joined the Senate, Richards has voted 20 times, and more often with the Conservatives, the Huffington Post reported.