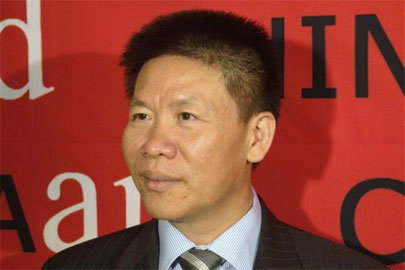 But a Christian missionary organization says persecution actually encourages growth. “Absolutely,” Bob Fu of the U.S.-based China Aid organization, which supports the persecuted churches in China, told LifeSiteNews. “What I see with the new wave of persecution is a new wave of revival.”

Emily Fuentes of the Open Doors ministry added: “Christianity is growing fastest where the persecution is the most severe. The persecutors are intrigued by why people would continue to support this belief. There is kind of the appeal of something that is taboo.”

The growth rate of Christianity in China has been put at 7 percent a year by David Aikman, author of Jesus in Beijing, a former TIME Magazine bureau chief in Beijing.

The growth rate is the reason, according to a report published last week by China Aid, that the State Council of the People’s Republic of China has made public the new restrictions planned for October.

According to China Aid, “The restrictions aim to suppress all unofficial religious activities via dispersing Christian house churches, silencing Tibetan and Xinjiang separatists and undermining the Vatican’s influence on Chinese Catholics.”

Foreign influence on Chinese churches is a focus of the new restrictions. There are prohibitions on Chinese Christians going abroad to study and to teach. Parts of the new regulations equate the taking of orders from foreign religious leaderhip — such as the Vatican, or the Dalai Lama, with terrorism.

What is the motivation? Fu says the regime in its own words has expressed its desire to contain “the overheated growth” of Christianity. But why does it want to do that? Because Christianity is seen as a political rival to the Communist leadership. “Nobody in China believes in Communism,” Fu says. But everyone sees the corruption of the ruling class, which stands in sharp contrast to the lives lived by the Christian faithful.

“When Christians maintain their faith even when persecuted, that is very attractive to people. This is especially true of “the people in the legal system who see Christians not descending into self-pity but praying for the people persecuting them. We call it ‘prison theology.’”

Gao Baosheng, pastor of an American-based Chinese church, has said “the laws are becoming more and more specific” in banning home church activity, and suppression has been put into the hands of local authorities to make it more effective. Home churches are underground attempts by Christians to escape the Communist state’s interference in organized Protestant and Catholic churches.

Last year also saw a full slate of new regulations aimed at restricting the size and appearance of crosses atop recognized churches, and the arrest of pastors, human rights activists, and lawyers who dare to defend them in court. Persecution of Uighur Muslims in Xinjiang, Buddhists and Falun Gong practitioners was also ramped up, with the latter claiming they were still being targeted for organ harvesting, though the government insisted it had stopped the practice last year.

According to the United States Commission on International Religious Freedom, China has 68 million Christian adherents and nearly 25 million Muslims. Their persecution, reports USCIRF, is part of a “deliberate and unrelenting crackdown on human rights and dissent” of any kind.

Fuentes reports that the persecution is uneven and reactive. Because Muslims in some regions have acted violently and met in secret, “the authorities have cracked down on all Christian house churches too.” Because Christians in one region put big crosses on their buildings, Christians everywhere face building restrictions.