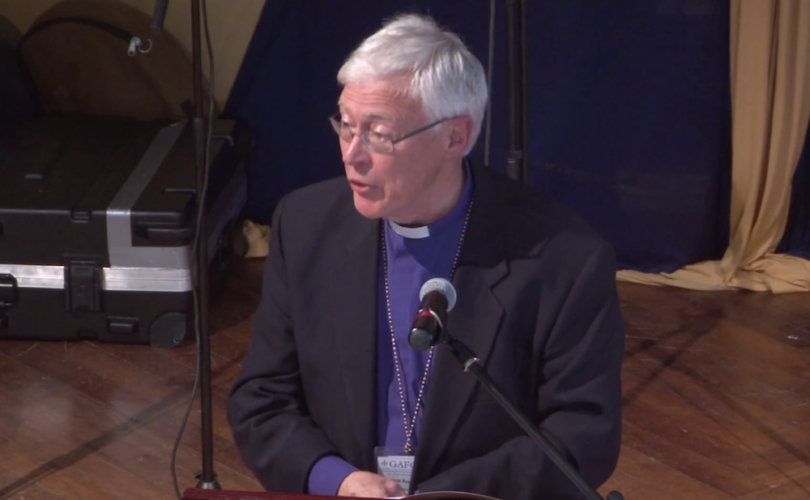 May 4, 2017 (LifeSiteNews) – GAFCON, a worldwide federation of orthodox Anglicans, has promised to provide a bishop for the United Kingdom in response to concerns that the Churches of England and Scotland are falling into heresy over same-sex “marriage.”

Meeting in Lagos, Nigeria, in late April, Global Anglican Futures Conference primates issued a communiqué on the state of the UK church and promised a like-minded “missionary bishop” for those “who are in need of biblically faithful episcopal leadership.”

The trigger for the extraordinary measure is the expectation the Church of Scotland will accept same-sex “marriage” at a vote on June 8. The Church of England set off similar alarms when it refused to endorse a report affirming Christian marriage as an exclusively heterosexual institution.

The GAFCON bishops explained,”Of immediate concern is the reality that on 8th June 2017 the Scottish Episcopal Church is likely to formalize their rejection of Jesus’ teaching on marriage.”

Since this, in GAFCON’s view, would place the Scottish church’s adherence to Christian teaching in doubt, “faithful Anglicans in Scotland will need appropriate pastoral care.” In addition, new GAFCON parishes have already formed in England that are in communion with African churches and ANIC but not the Church of England. “These churches are growing, and are in need of episcopal leadership. Therefore, we have decided to consecrate a missionary bishop.”

The Most Reverend Peter Jensen, GAFCON's general secretary and a former Archbishop of Sydney, told the Premier news organization, “A stand has to be taken. A painful and costly stand … The Bible is as clear as can be – that to embrace the view that the practice of homosexuality is OK is wrong according to the Bible.”

The move brings the African churches, where a majority of Anglicans live, closer to an open break with Anglicanism’s founding churches.

GAFCON was formed in 2008 in belated response to the U.S. Episcopal Church’s 2003 consecration of Gene Robinson, an openly homosexual minister, as a bishop. GAFCON comprises both breakaway parishes in Canada and the U.S. reformed into the Anglican Church in North America and the official, original Anglican churches of Africa. They are orthodox and, though still in communion with the UK churches, fiercely disapprove of their tolerance of homosexuality and weak Christology.

The primate of Scotland, Bishop David Chillingworth, rebuked the GAFCON bishops, calling their initiative “regrettable” and a “ breach” of the Anglican understanding that each primate is supreme in his own “province” or national territory.

Marilyn Jacobson, the Canadian spokeswoman for The Anglican Church in North America, told LifeSiteNews that unlike evangelical Protestants, “Anglicans have to be under a bishop and the bishop has to be under an archbishop.” The apostolic succession claimed by both Anglicans and Catholics is that their episcopate comprises bishops consecrated by older bishops in an unbroken chain leading back to St. Peter and the apostles.

Jensen said he would be happy to cooperate with the Churches of Scotland. “This isn't an attempt to storm Lambeth Palace” ( the Archbishop of Canterbury’s residence). But he admitted, “I think that is a little unlikely.”