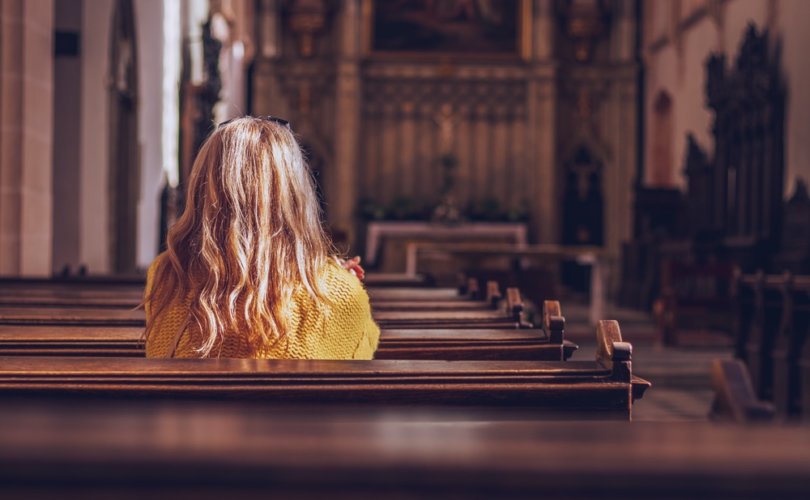 Knoxville, Tennessee is allowing people to go to church starting today, but its government guidelines specifically declare, “[t]he physical taking of communion/sacrament should not be performed due to the serial breaking of physical distancing across a congregation.”

May 4, 2020, 5:34 p.m. EST: “A group of Republican state lawmakers, religious leaders, and business owners are suing Maryland Gov. Larry Hogan over the constitutionality of his stay-at-home order,” patch.com reports. “In the lawsuit filed on Saturday, the plaintiffs allege that their right to free speech and assembly have been violated — and that businesses have suffered economic injury because of Hogan's stay-at-home order.”

In the court filing, state Del. Cox (R-District 4) said he was scheduled to speak at Reopen Maryland's event on Saturday, but was “warned by a senior law enforcement official that the ‘Governor has his sights on you’ and that if I attend, ride along and speak at the Reopen Rally, I would potentially be arrested…”

A priest of the Society of St. Pius X is suing New Jersey Gov. Phil Murphy over his similarly draconian “stay-at-home” order, which the governor defended in an interview with Tucker Carlson on April 15. The priest, Father Kevin Robinson, is arguing his First and Fourteenth Amendment rights have been violated.

Murphy said he “wasn’t thinking of the Bill of Rights” when he prohibited large gatherings of more than 50 people, including religious gatherings, in his state due to the coronavirus pandemic. “That’s above my paygrade,” he told Carlson. The governor also argued that shutting down liquor stores would have led to “unintended mental health and addiction prices to pay, unintended consequences.”

In Flint, Michigan, three people have been charged with murder “in the killing of a security guard at a Family Dollar store…during an argument over a state order for shoppers to wear face masks during the COVID-19 pandemic,” according to local media.

May 4, 2020, 3:47 p.m. EST: Also on Friday, pro-life activist and moviemaker Jason Jones, who created Bella, Crescendo, and Little Boy, to name a few, was arrested protesting Hawaii’s lockdown. A video of his arrest can be viewed HERE.

New Mexico Governor Michelle Lujan Grisham invoked the state's Riot Control Act on Friday to essentially lock down the city of Gallup after its mayor requested that she do so on Thursday. Under the act, all roads leading into Gallup are now closed off “to mitigate the uninhibited spread of COVID-19 in that city.”

“Effective at 12 p.m., May 1, all roads into Gallup are closed. Businesses in the city of Gallup will close from 5 p.m. through 8 a.m. Vehicles may only have a maximum of two individuals. Residents of the city should remain at home except for emergency outings and those essential for health, safety and welfare,” Grisham's office said in a press release.

Liberty Counsel has more details about the Kansas City government requiring churches to submit to them “a list of members and attendees along with their names, addresses and telephone numbers to city officials for tracking and surveillance purposes.”

May 4, 2020, 9:21 a.m. EST: Cardinal Robert Sarah, the Prefect of the Congregation for Divine Worship and the Discipline of the Sacraments, denounced abuses of the Eucharist such as putting Holy Communion in a plastic bag and also reaffirmed that no one can take away from priests the right to give the faithful Holy Communion and hear their Confessions.

Nobody can prevent a priest from confessing and giving communion, nobody has the right to stop him. The sacrament must be respected. So even if it is not possible to attend Masses, the faithful can ask to be confessed and to receive Communion. +RS pic.twitter.com/ZvwjSoTpuo

May 1, 2020 (LifeSiteNews) – Following up on violations of so-called social distancing “rules” is now for the New York Police Department more of a priority than helping someone who is “getting robbed at gunpoint,” an insider told the New York Post. The anonymous source says police are being told to prioritize social distancing infractions over 911 calls.

Ohio’s “stay-at-home” mandate has been extended to the end of May.

Media have been quick to hype people protesting draconian lockdowns as “armed” or “gun-toting.” Unrest is becoming particularly strong in Michigan, where Governor Gretchen Whitmer just extended her unpopular executive order confining people to their homes.

“As the legislature met on Thursday, hundreds of protesters gathered at the Capitol building in Lansing to voice frustrations about the stay home order, including some who were armed and entered the Capitol,” CBS News reported.

As businesses are forced to shut down and more than a million Michiganders have filed for unemployment, the state is providing residents with free condoms during the pandemic.

The Guardian reports that in Germany, the government will soon “set out guidelines for holding religious services during the coronavirus pandemic with a list of strict restrictions expected to include a ban on singing” (emphasis added).

“Religious leaders have agreed in advance meetings a set of general rules on strict physical distancing and the prohibition of anything involving bodily fluids, such as kissing religious objects, including the Jewish Torah, or administering communion from hand to mouth….Communal singing has reportedly proved to be a particular sticking point in the discussions, despite repeated warnings by leading epidemiologists that singing is as dangerous as coughing for spreading the virus.”

In April, a California county banned any singing during live-streamed church services in empty church buildings. “Wind instruments” and “harmonicas” were also deemed a threat.

An April 24 BBC article explains, “Bulgaria is the latest country to test a wristband that can track people during the coronavirus pandemic…Several nations are testing similar wristbands to make sure people are obeying orders to stay at home.”

“South Korea and Hong Kong have also been using electronic trackers to help enforce quarantine….As well as confirming a person is staying at home, the device can monitor the wearer's heart rate and be used to call the emergency services.”

As Kansas City, Missouri begins to open back up, most businesses will be required to “track all customers who sit down inside for more than 10 minutes.”

“That means whether you go to a restaurant, a movie theater, or church, the establishment will have to know who you are to allow you entry,” a local news report explained.

Discussing the massive citizen tracking effort, Mayor Quinton Lucas claimed, “our goal isn’t to see what everyone is doing and be Big Brother.”

New York Governor Andrew Cuomo, meanwhile, has announced the government will be hiring an “army” of “contact tracers.”

The Catholic Diocese of Lincoln, regarded as one of the most orthodox in the country, has announced plans for public Masses to resume on May 4.

President Trump says he has seen evidence linking the pandemic to a lab in Wuhan, China.