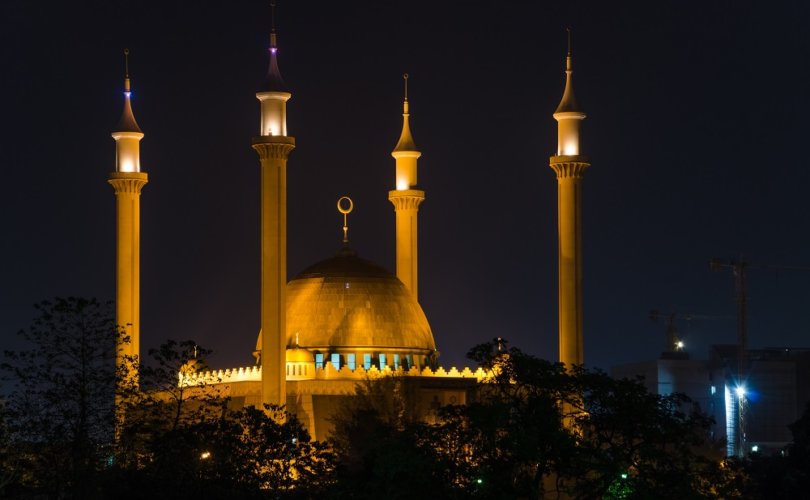 February 10, 2020 (LifeSiteNews) — The president of the Nigerian Catholic bishops’ conference has called on Western nations to “make known the atrocities” inflicted upon Christians and other groups in Nigeria by Islamic terrorists.

Archbishop Augustine Obiora Akubeze, the bishop of Benin City, told Aid to the Church in Need (ACN) that Boko Haram “have attacked both Muslims and Christians in the past. But presently, they are focusing mainly on the killing and kidnapping of Christians.”

The Catholic bishops in Nigeria say the government is complicit in the murder of Christians in the country and that they do not do enough to help communities under attack.

After explaining that “[p]eople are kidnapped for ransom basically in every part of Nigeria,” Archbishop Akubeze said that for the government “to do nothing … makes it difficult to convince more Nigerians that there is no connection between one-sided appointments of officials and the lack of prosecution of perpetrators of these crimes against humanity and the seemingly selective killing of Christians.”

Last month, Bishop Matthew Hassan Kukah of Sokoto said the only difference between the Nigerian government and Boko Haram “is Boko Haram is holding a bomb.” On Christmas Eve, 2019, Boko Haram reportedly killed seven people in an attack on a Christian village. On Boxing Day 2019, Islamic State West Africa Province (ISWAP) released a video of its members beheading 10 Christians and shooting one Muslim.

Bishop Kukah said that the Nigerian government is “using the levers of power to secure the supremacy of Islam.” He said this “gives more weight to the idea that it can be achieved by violence. With the situation in Nigeria, it is hard to see the moral basis they have to defeat Boko Haram.”

“They have created the conditions to make it possible for Boko Haram to behave the way they are behaving,” the bishop added.

“Virtually all the officials who advise the president are from the same Hausa-Fulani ethnic group,” he said. “Ninety-five percent of them are Muslims in a country where there are about 50 percent Christians. The authority to provide leadership in the security sector is led by one religious sect, one ethnic group, in a multi-religious and multi-ethnic nation. We at the Catholic Bishops’ Conference of Nigeria have repeatedly spoken out against this attitude of the federal government. We have met the president and expressed our complete disapproval at this position and action of the government.”

Boko Haram’s attacks on Nigerians have continued for many years. This terrorist group that has sworn allegiance to ISIS operates in northeast Nigeria. But they have staged attacks even in Abuja, the federal capital. Their religious extremist ideology is to make the whole of Nigeria an Islamic republic. They resent and reject everything that is Western, except that they use Western-made guns and ammunition to attack innocent Nigerians. They have attacked both Muslims and Christians in the past. But presently, they are focusing mainly on the killing and kidnapping of Christians.

Archbishop Akubeze said that for the majority of Nigerians, “the government response has largely been unsatisfactory.”

“As we speak, Leah Sharibu, who was taken captive by the Boko Haram and refused to renounce her Christian faith, is still being held,” the archbishop continued. “Only a few weeks ago, a local government chairman of the Christian Association of Nigeria was beheaded by Boko Haram. Rev. Lawan Andima was 58 years old, married and the father of nine children when he was killed simply because he was a Christian.”

Archbishop Akubeze said many Nigerians “wonder whether the president lives in a parallel universe” after the Muslim president, Muhammadu Buhari, said that he was shocked at the unabated killing of Nigerians. The archbishop asked: “How can he be surprised at this time, after some of us have attended mass burials of Christians killed by Boko Haram?”

Speaking of the recent kidnapping of four Catholic seminarians, with one being killed and three being released, Archbishop Akubeze said that “there is no doubt that the young men would have been greatly distressed and traumatized.”

“We are pained and saddened at the killing of Michael Nnadi. And to know that he was an orphan is more painful. May his soul and the souls of all who have died in the hands of these criminals rest in peace.”

Asked by the ACN reporter what could be done to help, Archbishop Akubeze thanked ACN for showing “the plight of the poor in Nigeria.” But he said “significant Western coverage” is needed to put pressure on the Nigerian government to act.

One area that I think the Western nations and the media can be of great help is to cover the stories of these atrocities in Nigeria. The number of killings is just mind-boggling. Maybe with significant Western coverage, the government of Nigeria may be put under pressure to act. In the same light, the government of EU nations and America will probably see the moral obligation to seek ways to protect the lives of Christians and other Nigerians who are constantly being attacked by Boko Haram and the herdsmen.